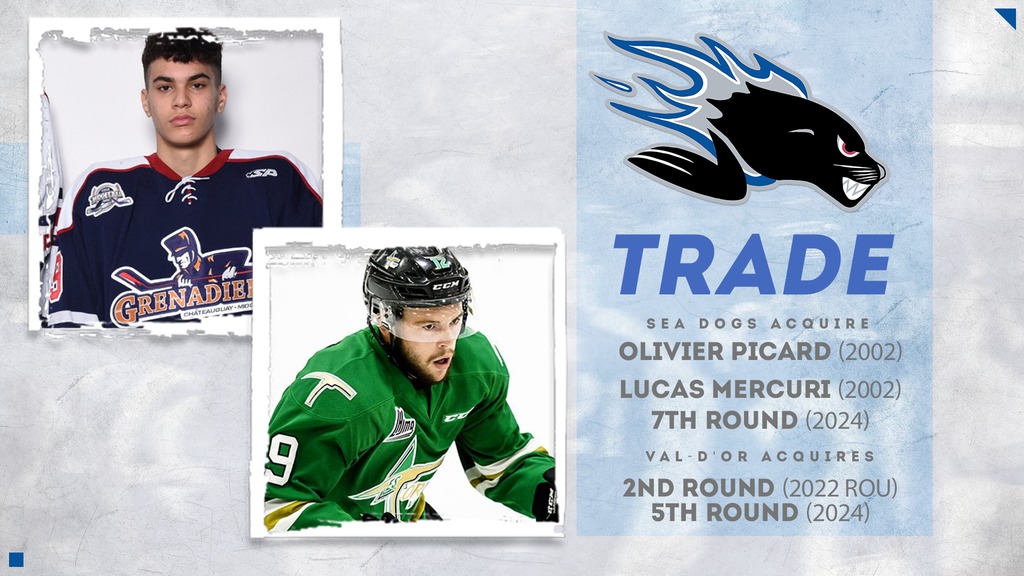 Picard, a 6’0” winger from Windsor, QC played the last two seasons with the Foreurs after being drafted to the team in the 5th round of the 2018 QMJHL Entry Draft.

“Olivier plays an intense, gritty, and physical game. He loves to hit and will compliment our group,” explained Sea Dogs President & General Manager, Trevor Georgie. “He came close to winning the President Cup last season but lost out in the finals. We expect him to bring that hunger to the team.”

Mercuri, a 6’3” 192lbs forward from Montreal, QC was drafted in the 6th round by the Carolina Hurricanes in 2020.  Selected by the Foreurs 19th overall in the 2018 QMJHL Entry Draft, Mercuri chose to commit to the University of Massachusetts and played last season with the Des Moines Buccaneers of the USHL. In 45 games with the Buccaneers, Mercuri tallied 13 goals and 23 assists.

“Lucas is a player that we loved in his draft year and we have continued to follow his career closely,” said Georgie. “We think very highly of him but understand that he is committed to playing in the NCAA at a great program. Great players have great options, and we simply want to be an option for him should things change for him in the future.”

The Sea Dogs have had a number of players in recent years decide to continue their career with the team instead of pursuing the NCAA path.