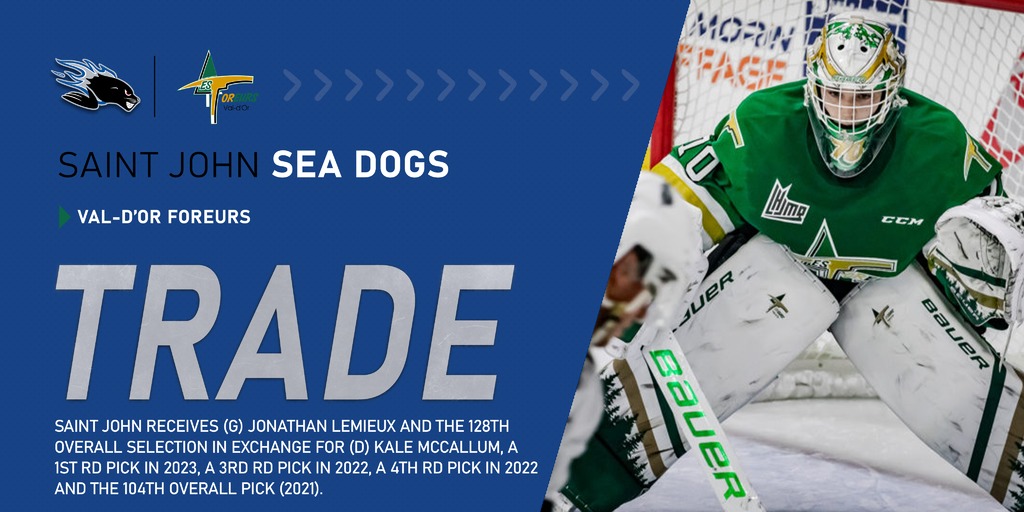 The Saint John Sea Dogs announced today the acquisition of overage goaltender Jonathan Lemieux from the Val-d’Or Foreurs. A four year veteran of the QMJHL, Lemieux led the Foreurs to the President Cup finals this past season.

“We are thrilled to welcome Jonathan to the team,” said Sea Dogs President & General Manager, Trevor Georgie. “He is one of the best, and most experienced goalies in the League. He is a competitor, and came within two wins from winning it all this past season. We spoke with him and we can see the excitement and fire in him for a shot at redemption with us. Him and Noah (Patenaude) are going to be a competitive duo for us next season.”

“Kale is a wonderful person with a tremendous family,” explained Georgie. “This was a tough move to make on a human aspect, but the right move in terms of hockey. We believe that this will be a great opportunity for him to play a more prominent role next season and help him reach his potential. We wish him the very best next season.”

A list of all transactions from draft day can be found here.