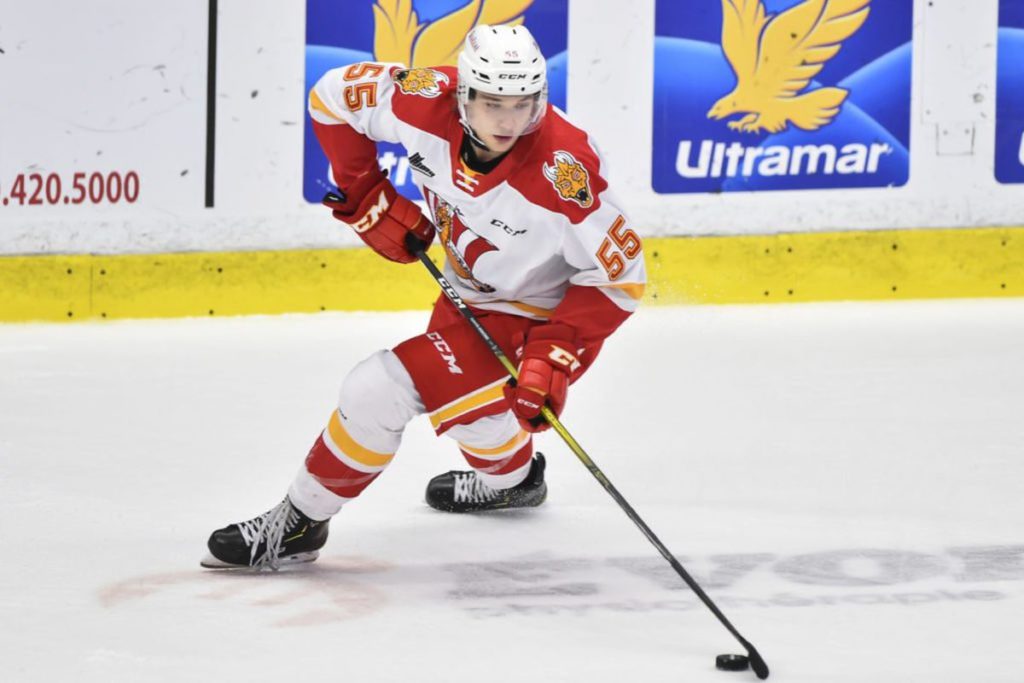 The Saint John Sea Dogs have acquired 19-year-old forward Raivis Kristians Ansons from the Baie Comeau Drakkar. Ansons has 6 goals and 24 points in 19 games this season. 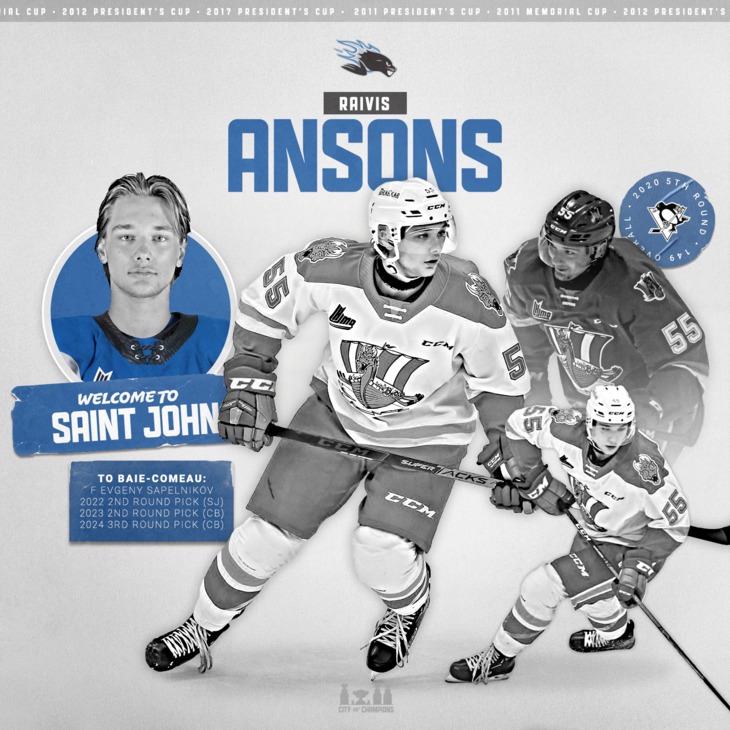 Ansons was drafted by the Pittsburgh Penguins in the 5th round of the 2020 NHL Entry Draft and joins the Sea Dogs after playing for Team Latvia at the 2022 IIHF U20 World Championship, Division I, Group A. He won silver and led the tournament in goals, registering 4 goals and totaling 9 points in 5 games.

“Raivis is a very dependable player” said Sea Dogs President & General Manager, Trevor Georgie. “He brings size to our lineup and will compliment our group. He plays a heavy and solid 200-foot game. He will be a player that we can count on in all situations.”

Ansons was a second round selection (105th overall) by Baie Comeau in the 2019 CHL Import Draft. The native of Riga, Latvia has 65 points in 88 regular season games.