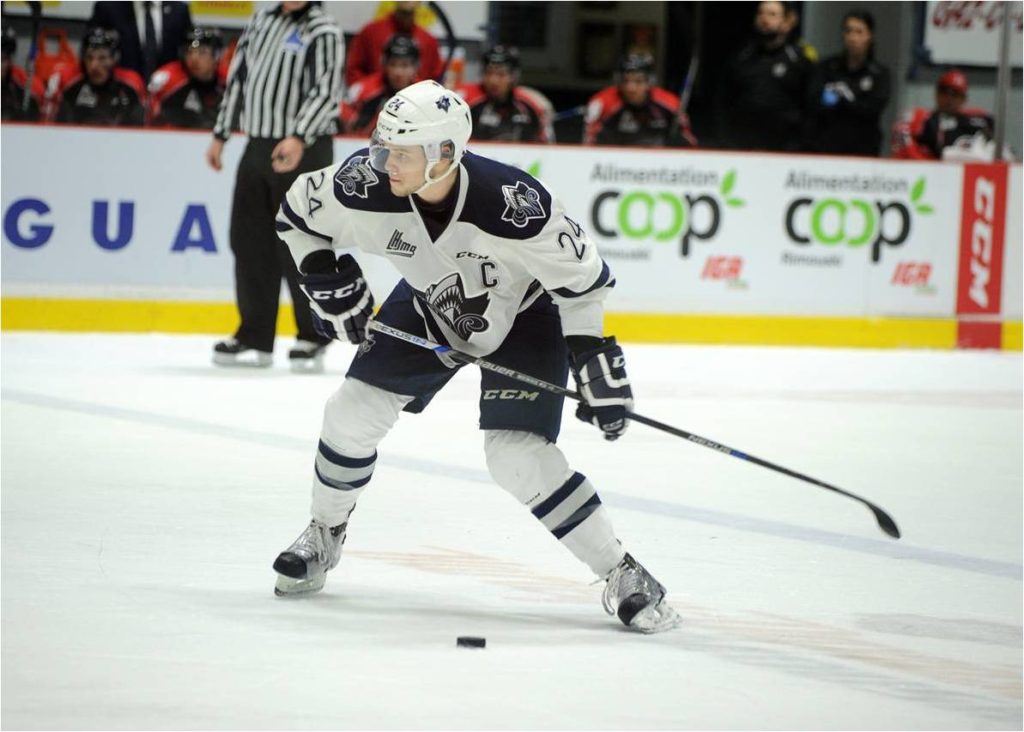 Along with Bourque, Saint John also obtained a second-round selection in the 2018 QMJHL Entry Draft in exchange for defenceman Vincent Martineau, first-round draft picks in 2018 (acquired last week from the Sherbrooke Phoenix) and 2020, and a second-round pick in 2019.

Bourque was a sixth-round selection (177th overall) of the Montreal Canadiens in the 2015 NHL Draft.

Listed at 6’1″ and 195 lbs., he was in his fourth season with the Oceanic. The native of Longueuil , Quebec, had eight goals and 28 points in 29 games for Rimouski this season. In 218 career regular season games, he has 33 goals and 121 points. He was named an alternate captain in Rimouski at age 17 and took over as captain last January. He was selected by Rimouski in the second round (25th overall) of the 2013 QMJHL Entry Draft.

Bourque was a member of the 2015 President Cup champion Oceanic, and boasts 34 games of QMJHL playoff experience along with four games in the 2015 MasterCard Memorial Cup. He also recorded one assist in three games last season with the St. John’s IceCaps of the American Hockey League (AHL).

“Simon is one of the premier defencemen in our league,” said Sea Dogs President and General Manager Trevor Georgie. “He brings leadership experience having been a captain, and has extensive playoff and MasterCard Memorial Cup experience. We are thrilled he is a Sea Dog. He’s going to be a key member of our team down the stretch.”

Martineau recorded two assists in 18 games this season with Saint John. The 17-year-old from Terrebonne, Quebec, had one goal and three points in 23 games over two seasons with the Sea Dogs.

“Vincent performed well for us over the last two seasons,” Georgie said. “He’s a young, developing player with great potential who will get a chance to play a lot. We wish him the best of luck with the Oceanic.”

Saint John’s next game is tonight at 7 p.m. against the against the Moncton Wildcats at Moncton Coliseum. Listen LIVE on 96.1 New Song FM or newsongfm.ca. Watch LIVE on Neulion.

The Sea Dogs’ next home game is Saturday, December 31st, at 2 p.m. against Acadie-Bathurst. Tickets are available at the Harbour Station Box Office, or fans can save money and buy online.