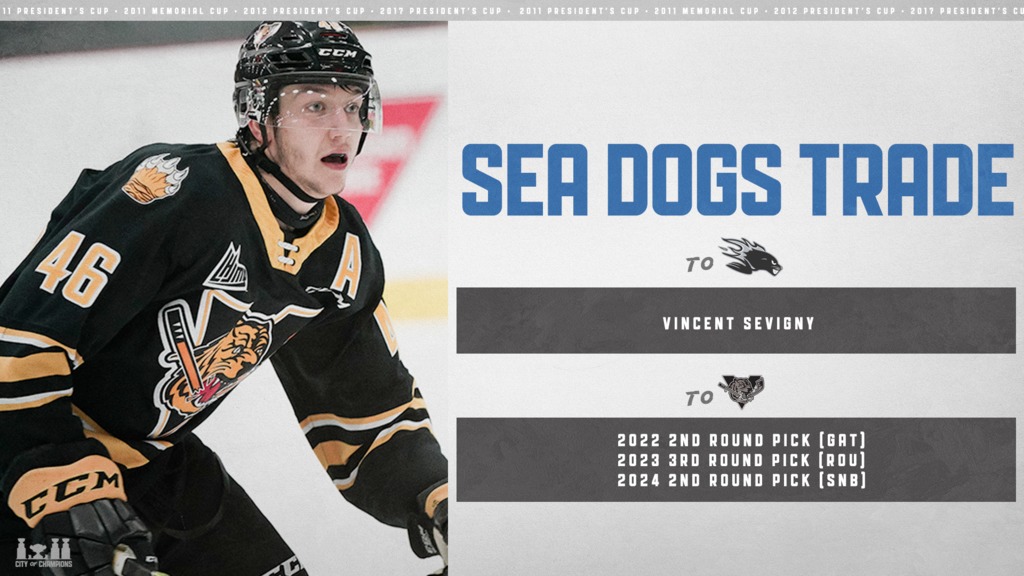 The Saint John Sea Dogs have acquired veteran defenceman Vincent Sevigny from the Victoriaville Tigres. The 20-year-old is currently fourth in the league in scoring by defencemen this season with 28 points in 25 games.

Last season, the 6’3″ two-way defenceman won the 2021 President Cup and was invited to NHL training camps with the Toronto Maple Leafs and Ottawa Senators.

“Vincent brings valuable experience having won the President Cup” said Sea Dogs President & General Manager, Trevor Georgie. “He played an integral role shutting down the other teams’ best players throughout the playoffs and in the President Cup Finals last season. Now he’ll have the opportunity to try and win another with us this season.”

“I’m extremely happy to join the Sea Dogs and at the same time, the host team of the Memorial Cup” said Sevigny. “Rest assured that I will do my best to win as many games as possible and to bring back the President Cup and Memorial Cup to the Saint John fans.”

Sevigny was a second round selection (29th overall) by Victoriaville in the 2017 QMJHL Draft. The native of Quebec City has 85 points in 178 career regular season games, and 12 points in 30 playoff games.