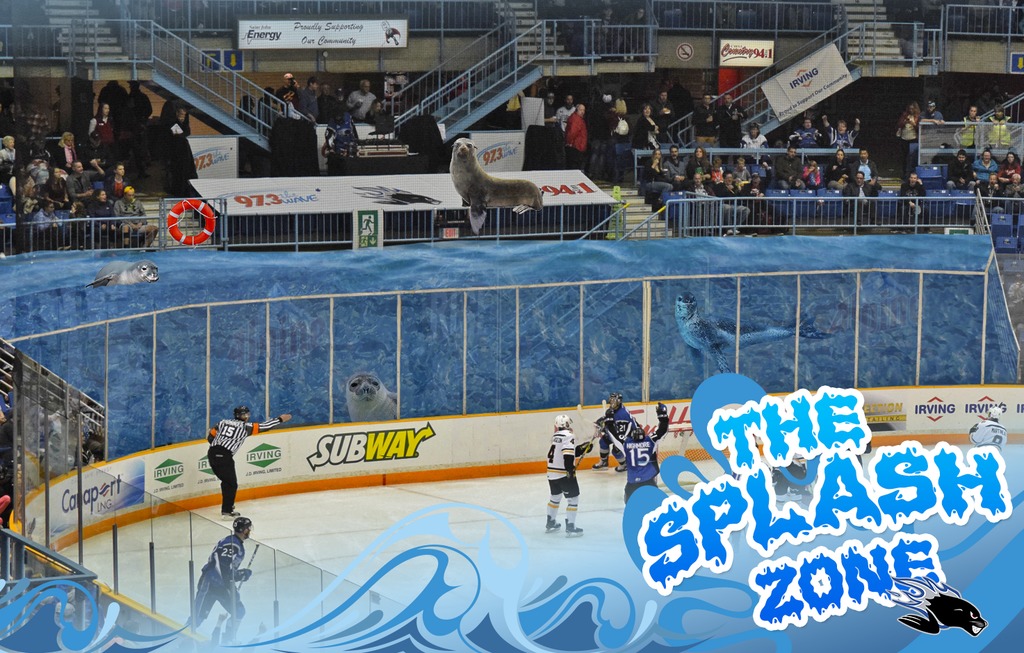 The space behind the east end of the ice, previously occupied by the Moosehead Light Ice Bar, will now be replaced by a 40,000 litre aquarium dubbed, ‘The Splash Zone’.

‘The Splash Zone’ will serve as the permanent home for four grey seals, or as locals call them sea dogs. Fans will be able to get up close and personal with the sea dogs and hand feed them from a prepared menu available on the concourse that includes herring, flounder, salmon and squid.

“We felt that aquarium enthusiasts and fans of sea dogs (the marine mammals, not the players) were being underserved,” said Sea Dogs Director of Marketing & Communications, Jon Quinn. “On a Friday night, fans just want to clock out from work, grab some pre-game dinner, feed a live seal and watch some hockey. We’re here to provide that.”

The team anticipates the space will evolve over time, eventually allowing fans to swim with the seals during intermission, or allowing rentals for pool parties during live concerts.

Players are getting accustomed to the new space and Sea Dogs defenceman Jérémie Poirier says there will be some minor adjustments made to the team’s game plan.

“We’ve been told not to fire pucks at the glass or hit anyone behind the net for fear that the glass will break releasing 40,000 litres of water and four live seals onto the ice,” said Poirier. “Other than that, it’s business as usual.”

When asked about the possibility of former mascot Splash returning as the ambassador for ‘The Splash Zone’, the team was quick to comment.

The Sea Dogs return to action on Friday night (the day after April Fool’s) at TD Station when they take on the Moncton Wildcats at 7PM.