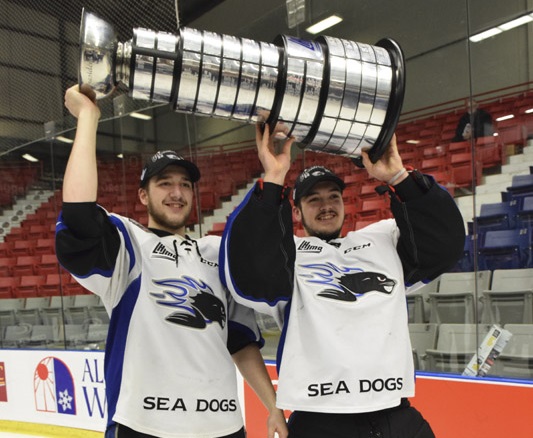 SAINT JOHN – The Saint John Sea Dogs have announced 22 players have been invited to the team’s training camp, which gets underway tomorrow at Harbour Station.

The roster includes one goaltender, eight defencemen and 13 forwards.

The list includes eleven players who were part of the Sea Dogs’ 2017 President Cup championship team.

Joe Veleno, the first overall pick in the 2015 QMJHL Entry Draft, is the highest scorer among returnees with 13 goals and 40 points in 45 games one season ago. Earlier this month, the native of Kirkland, Quebec, captained Team Canada to a gold medal at the 2017 Ivan Hlinka Memorial Cup.

Centre Cedric Pare, who was selected by the Boston Bruins in the sixth round of the 2017 NHL Draft, is also back.

Two players, returnee Samuel Leblanc and free-agent invitee Nicholas Cardone, participated in the 2017 Rookie Challenge on the weekend. The list of players advancing from rookie camp will be announced soon. 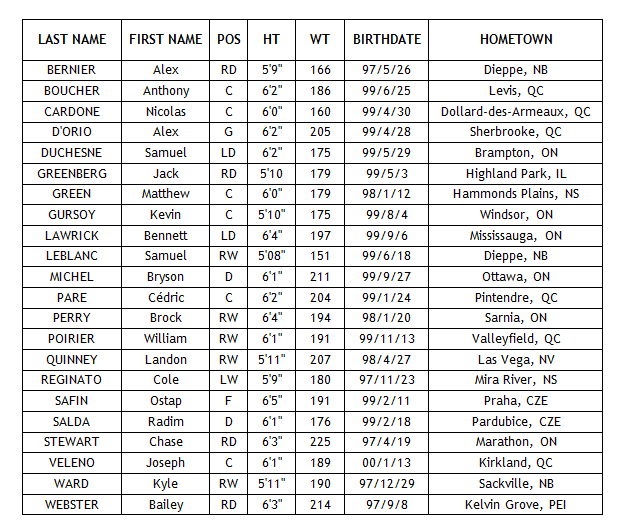 The on-ice schedule for this week at Harbour Station is below. Scrimmages, morning skates and practices are open to the public:

NOTE: Schedule is subject to change.