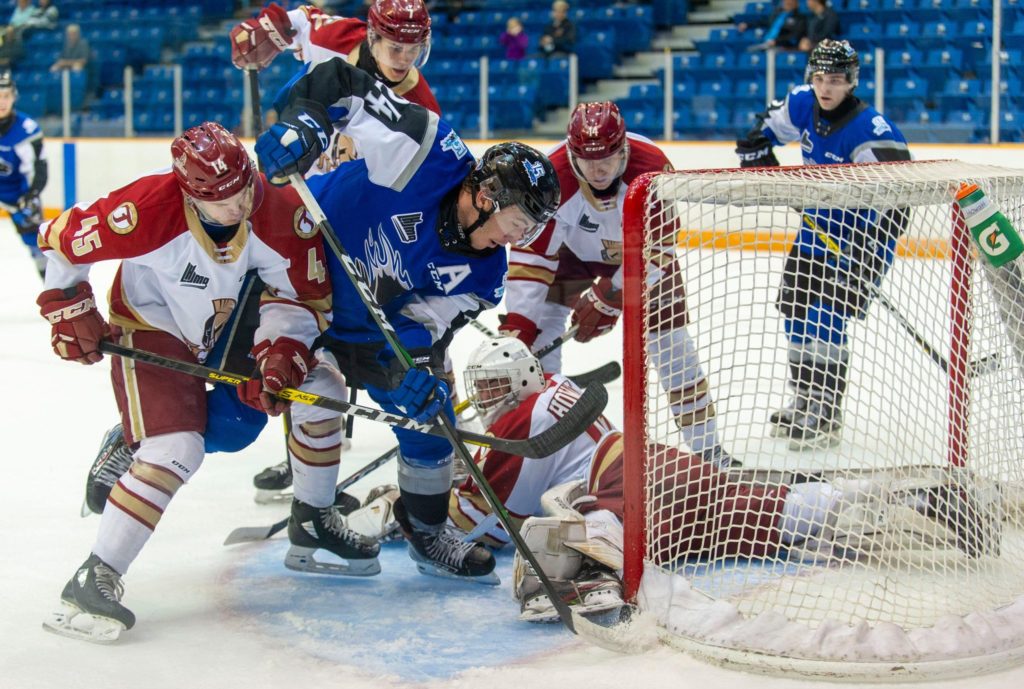 It was a night of bad bounces as Saint John fired 50 shots on goal in a 6-3 loss to the Acadie-Bathurst Titan. The Sea Dogs took the ice for the first time since March 8th on Tuesday night at TD Station for game one of the 2020 preseason. Scratches for Saint John included Joshua Roy, Jérémie Poirier, Josh Lawrence, Kale McCallum, Brendan Sibley, and Anthony-Carmine Pagliarulo.

Noah Patenaude started in net for Saint John while the Titan turned to rookie Jack Howatt. Check out the full Sea Dogs lineup below. 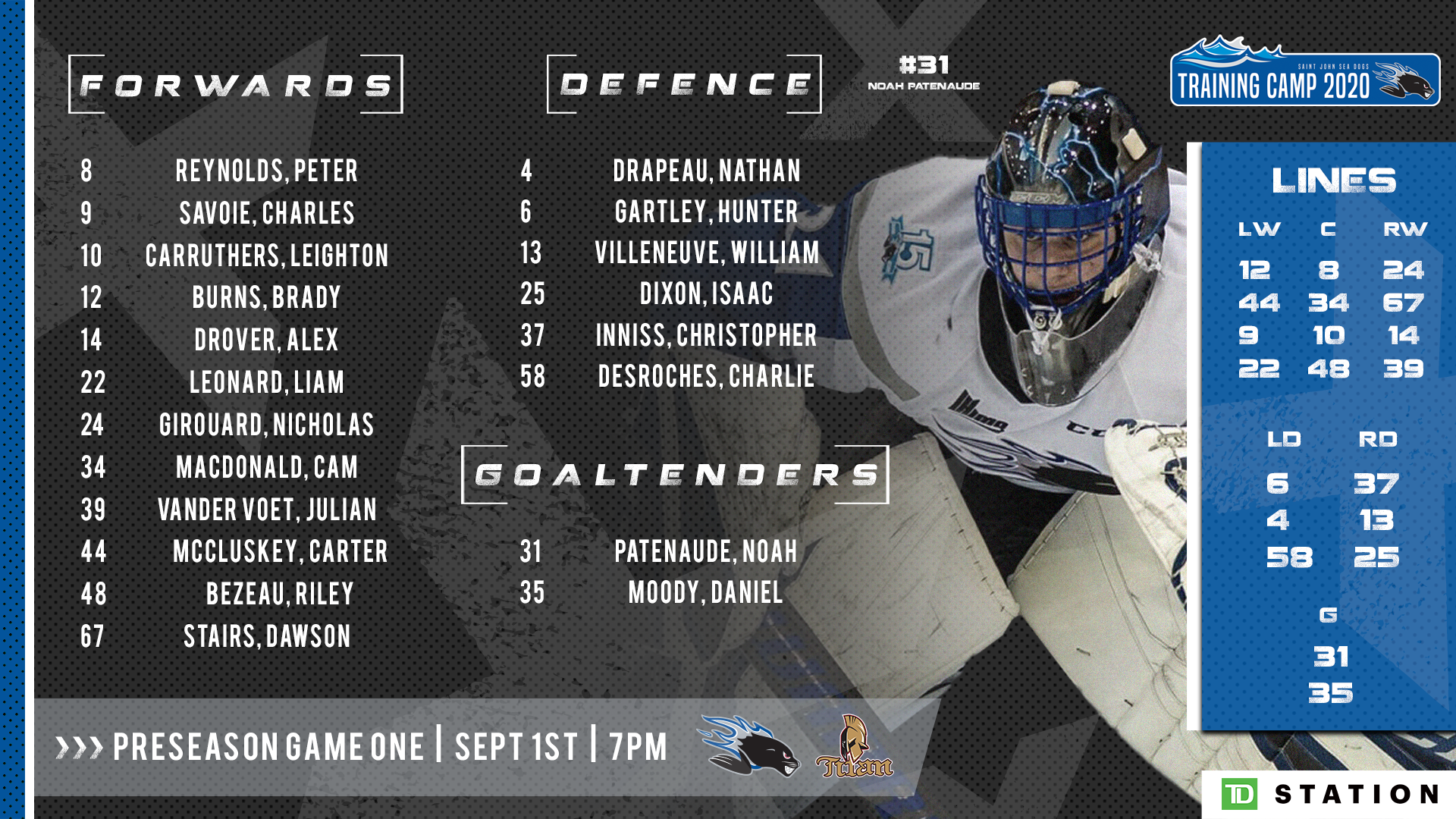 It wasn’t exactly the start that Saint John had been dreaming about all summer as two quick goals by the Titan had the Sea Dogs working from behind just a few minutes into the game. Ben Allison opened the scoring for the Titan at 44 seconds. Less than four minutes later Cael MacDonald added another after cutting into the net and lifting the puck over Patenaude’s blocker. Saint John returned with pressure as the fourth line (Leonard – Bezeau – Vander Voet) contained the Titan in their own end. The two teams exchanged penalties midway through the frame, with neither able to convert. In a rarely seen back-to-back, Peter Reynolds and Brady Burns both hit the crossbar on successive shots, but couldn’t find twine. The pair seemed to click and found each other with crisp passes on every shift. Titan took the 2-0 lead into the first intermission. Saint John led the shots on goal, 15-5.

Saint John broke the shutout 6:08 into the second period. William Villeneuve let a blast go from the point and Carter McCluskey was on the doorstep to jam in the loose puck for his first of the preseason. At the midway mark of the second period both teams swapped out their goaltenders, Saint John iced Daniel Moody for his first appearance as a Sea Dog, while the Titan turned to Pierre-Vincent Guignard. Acadie-Bathurst capitalized on the new goaltender with a tic-tac-toe play to go up 3-1 at 15:06. A minute later, Peter Reynolds was sent off for a 10-minute unsportsmanlike misconduct. Saint John closed out the period with a pile of chances, they led the shots on goal 34-9 as the teams headed to the dressing room.

Saint John got back on the board at 4:12 of the third when Charlie DesRoches scored on the power play. The Titan sapped the momentum back with a quick goal 30 seconds later making it 4-2. The Titan scored two more in the span of three minutes to extend the lead to 6-2. Charlie DesRoches notched another power play marker at 12:43 to cut the lead to 6-3. Saint John fired 50 shots in total but ended the game on the losing end, the final score 6-3.

These two teams will meet again on Thursday night in Bathurst at 7pm. Saint John returns home on Sunday, September 13th to host the Halifax Mooseheads at 3pm.