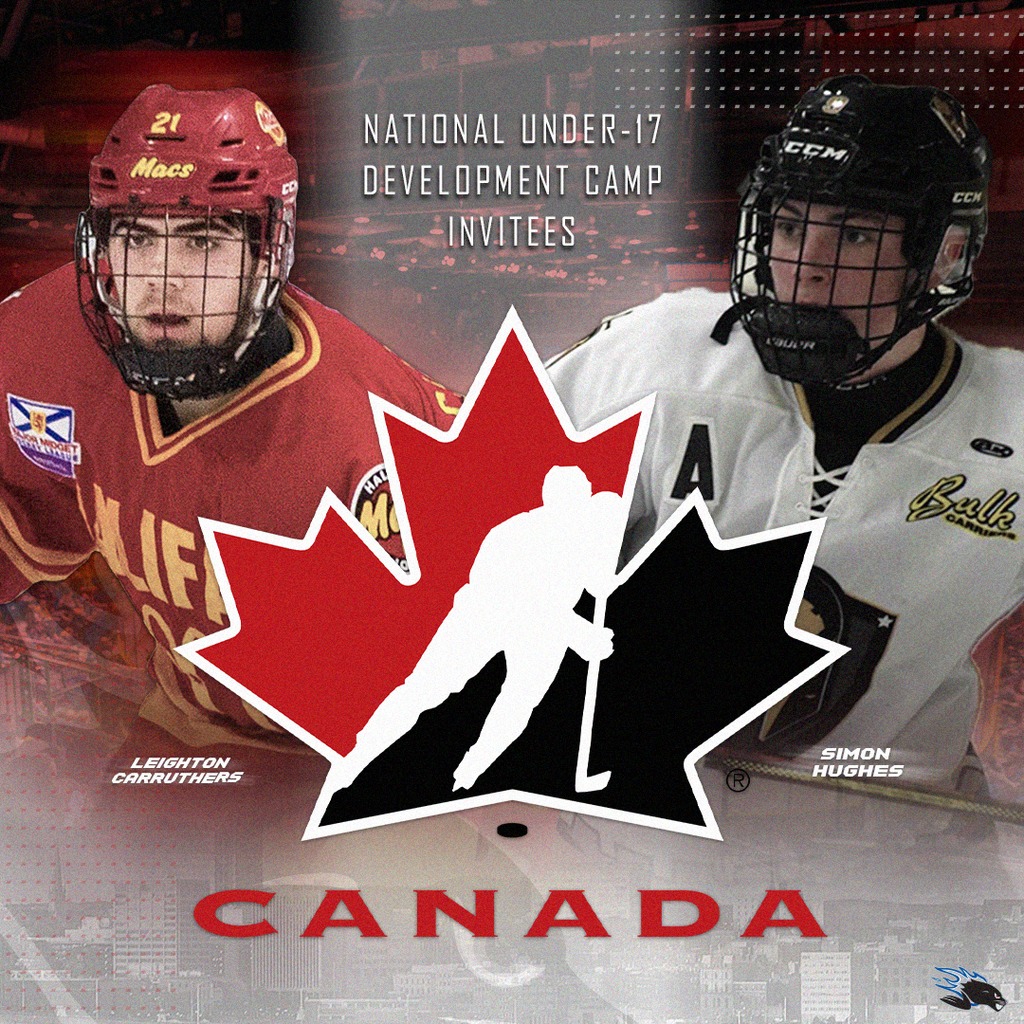 Hockey Canada has announced a roster of 113 players invited to its virtual national under-17 development camp, set for July 19-25, as well as the coaching staffs that will lead Canada’s national men’s under-17 teams at the 2020 World Under-17 Hockey Challenge, presented by TELUS.

12 goaltenders, 37 defencemen and 64 forwards will be split into six teams for the week-long virtual camp, participating in a variety of sessions with a focus on player development through online education.

Carruthers was drafted third overall to the Sea Dogs at this year’s QMJHL Entry Draft. The 6’0″ native of Upper Tantallon, NS played last season with the Halifax McDonald’s where he scored a team leading 18 goals in 35 games while adding 19 assists.

“It’s an honour and something I’ve worked at for a very long time,” said Carruthers. “Anytime you get the chance to wear the maple leaf and represent your country is definitely something that you can’t for granted and you should be proud of.”

Simon Hughes was drafted in the second round, 38th overall to the Sea Dogs this year. From Stratford, PE, Hughes played this past season with the Charlottetown Bulk Carriers Knights where he led the team in goals (17) and points (42). In 2019, Hughes represented PEI at the Canada Winter Games, and is now looking to take the next step towards representing Canada.

“Representing your province is one thing, but having the opportunity and chance to potentially someday represent your country is a huge honour,” said Hughes.

The Sea Dogs have been well-represented in recent years at the World U-17 Hockey Challenge. Jérémie Poirier, William Villeneuve, Charlie DesRoches and Josh Lawrence wore the maple leaf in 2018, while defenceman Joona Lehmus played for Finland. In 2019, forwards Joshua Roy and Peter Reynolds played alongside each other on Canada Red.

QMJHL postpones games in the Maritimes division
4 days ago