MENU
In response to the suspension of the season by the QMJHL, the Sea Dogs office will be closed until further notice. Please see the below announcement re: existing tickets and flex vouchers. Please hold on to any unused tickets. For questions/information please contact info@saintjohnseadogs.com We thank you for your patience and understanding as we continue to work through this.
August 26, 2019 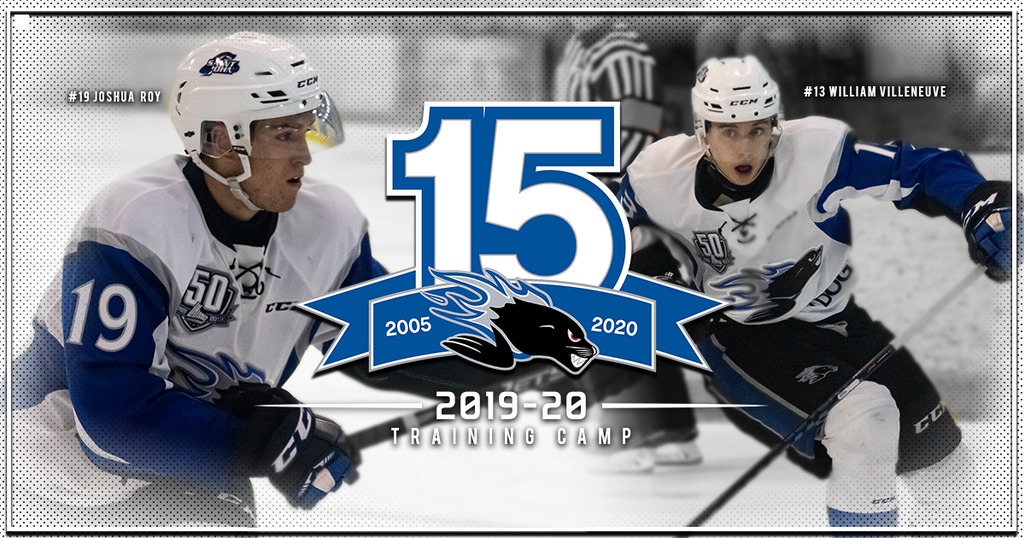 Mathias Savoie will remain with the team while Zachary Bouthillier attends training camp for the Toronto Maple Leafs.

Sea Dogs President & General Manager Trevor Georgie noted that the coaching staff has been very pleased with the effort and progress shown by everyone at camp. “It’s been the most competitive camp we have had in years. We were impressed by the compete level, the speed, and the skill throughout. A lot of players made it very hard on us and forced us to make some tough decisions,” said Georgie. “We have young depth in every position and just because a player isn’t on the team right now, doesn’t mean they aren’t good enough. We want our players to develop so they will help us win championships one day. Many of them will go to their AAA or junior team and play important roles, get lots of ice time, and add more experience to their toolbox.”

Georgie also announced three trades which took place Monday.
­­­­­­
Saint John acquired 18-year-old defenceman Olivier Desroches from the Shawinigan Cataractes in exchange for a 5th round pick in the 2022 draft. From Laval, QC, Desroches was originally drafted to the Acadie-Bathurst Titan 34th overall in the 2017 QMJHL Entry Draft. The 6’2” blueliner has played 74 games in the QMJHL adding 11 points. Desroches attended Hockey Canada’s U17 Development Camp in 2017.

In a trade with the Drummondville Voltigeurs, Saint John received a 3rd round pick in the 2022 draft in exchange for forward Charles-Antoine Dumont and a 2021 7th round pick. Dumont was drafted to the Sea Dogs in the 6th round of the 2018 QMJHL Entry Draft.