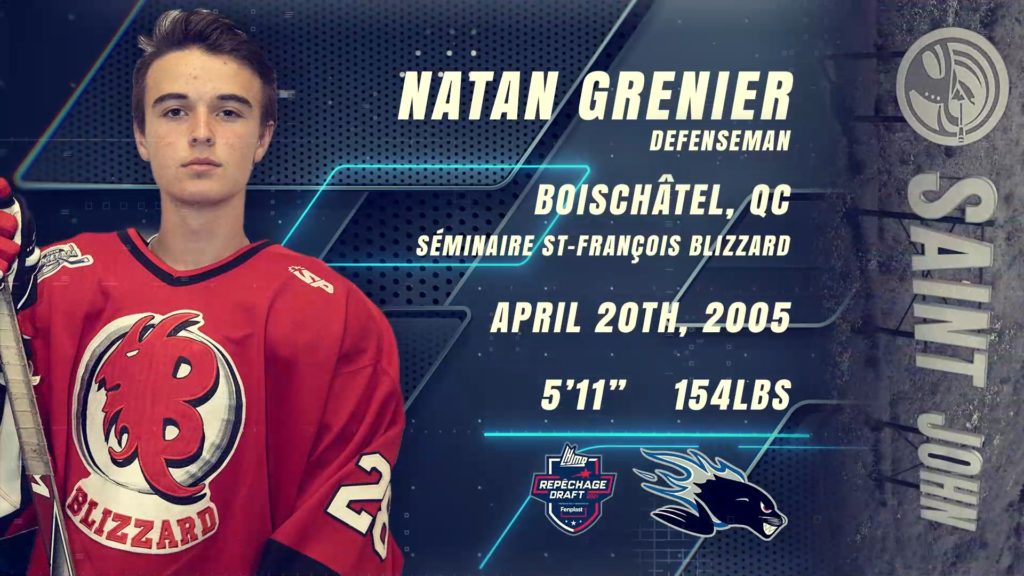 The Saint John Sea Dogs completed two trades during the first round of the 2021 QMJHL Entry Draft while adding a defenseman with the 19th overall selection.

The Sea Dogs entered day one of the draft holding the final pick of the first round, 20th overall. Just before that pick was to occur, Sea Dogs President & General Manager Trevor Georgie announced a trade with the Rouyn-Noranda Huskies that would see the Sea Dogs receive the 19th overall selection as well as a 2nd round pick in this year’s draft (#29), a 2nd round pick in 2022 and a 3rd round pick in 2023. In return, the Huskies received 2004 born forward Leighton Carruthers.

“We came into the draft with a strategy to multiply our assets by adding to our draft pick selections and prospect pool,” explained Georgie. “The moves that we made allowed us to do that. Going to next season with a maturing lineup, Leighton (Carruthers) wanted a chance for more opportunity and we tried to find that for him. We plan to put the four draft selections to good use.”

With the 19th selection, the Sea Dogs drafted defenseman Natan Grenier from the Séminaire Saint-François Blizzard.

“We’re thrilled to add Natan to our team,” said Sea Dogs Assistant General Manager & Head Scout, Anthony Stella. “He brings speed, intensity, offensive ability and high end IQ. As we all know one day our 02’s will have to pass the torch and Natan will be ready to step in.”

Saint John then traded the 20th overall selection to the Halifax Mooseheads. In return the Sea Dogs received the 27th and 42nd overall selections in this draft. Saint John now holds three picks in the second round, 27, 29 and 36.

“With it being such a different year in terms of prospect viewings and rankings, we felt that having more players in a certain range would be a better fit for us,” Georgie added.

Rounds 2-14 and the American draft start Saturday morning at 10am. Fans can follow along on the QMJHL website and on the Sea Dogs’ social media channels.

A full list of selections from the first round can be found here.