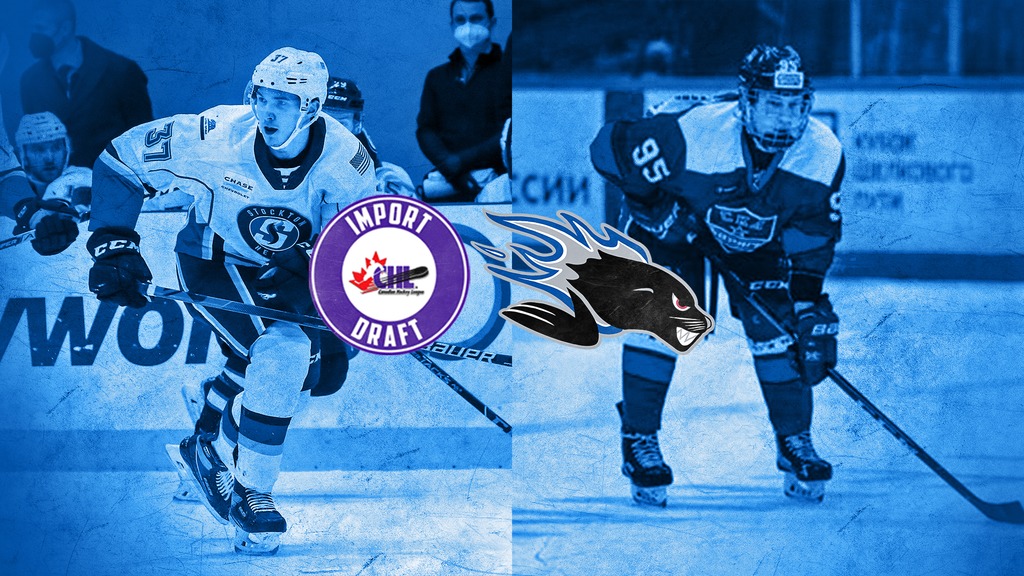 The Saint John Sea Dogs made two selections on Wednesday during the CHL Import Draft. With the 22nd overall selection, the Sea Dogs drafted 6’4″ 2002-born Russian defenceman Yan Kuznetsov. A 2nd round draft pick of the Calgary Flames in the 2020 NHL Draft, Kuznetsov spent last season with the University of Connecticut Huskies of the NCAA before joining the Stockton Heat of the AHL for six games to finish the season.

A shutdown defenceman described as “physically punishing to opposing players,” Kuznetsov signed an entry-level contract with the Flames in March of this year.

“We wanted a top 2-way defenceman with size who can shut down the opposition. Yan Kuznetsov is that,” explained Sea Dogs President & General Manager, Trevor Georgie. “We have been very interested in him since he won gold here at TD Station during the Under 17s. He is a horse on the backend. We do not have any confirmation of the Flames’ plans for next season and respect whatever they decide. We are hopeful that he joins fellow Flames prospects Jérémie Poirier and Ryan Francis as we look to make a push next season. It is a risk but for a big reward, and we were willing to take that risk.”

“He’s got a chance to be a really good player. He’s a really good skater, good on his edges, able to get back for pucks, break out pucks, he gaps well, takes away space. Just the length of him, the feet, the head and competitive combination… Really good value there.”

With the 82nd overall selection, the Sea Dogs then chose 2002-born Belarusian forward Evgeny Sapelnikov. In 58 games with SKA Varyagi Morozova of the Molodyozhnaya Hokkeinaya Liga (Junior Hockey League Russia) this past season, the 5’10” 161lb forward produced 15 goals and 24 assists in 58 games.

“Evgeny will be a 19-year-old who adds scoring depth and energy on the wing,” added Georgie. “He likes to play his off-wing. As an 18-year-old last season, he was the second leading scorer on his team in the MHL. We anticipate that the adjustment to the CHL will be easier after playing two seasons in a strong league. We have spoken with him and he is excited to come join the Sea Dogs this season.”

A full list of the selections made in the CHL Import Draft can be found here.