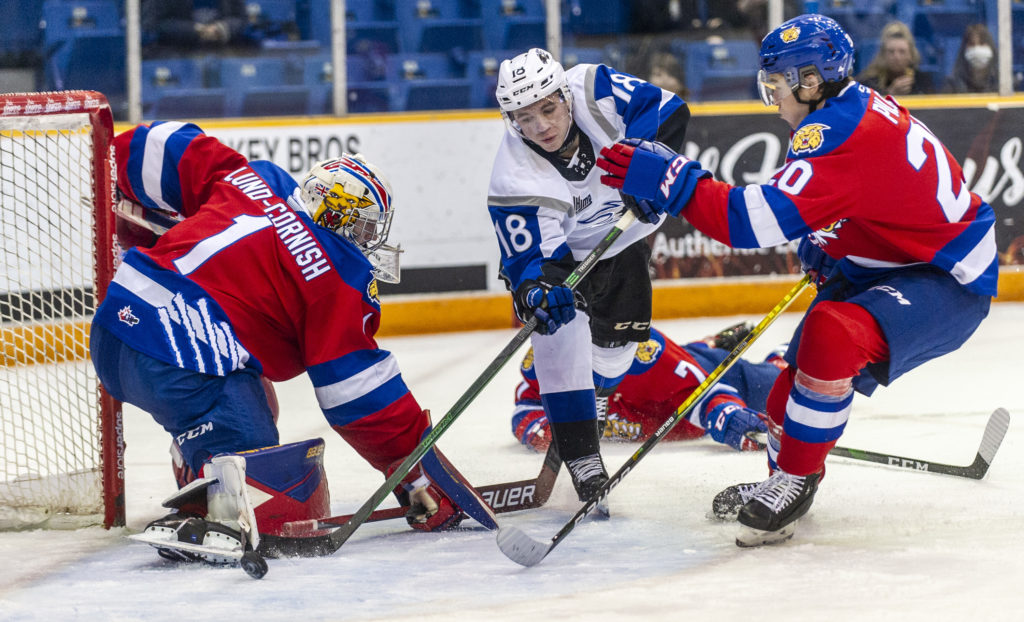 The Saint John Sea Dogs (1-2) were outhustled by the Moncton Wildcats (1-2) in their third game of the postseason on Saturday night at the Avenir Centre. The Sea Dogs struck first but Moncton rallied back with three straight goals before an empty net goal to seal the win, 4-2.

Liam Leonard returned to the lineup after serving his one game suspension. Charlie DesRoches also returned after missing one game due to a lower body injury. 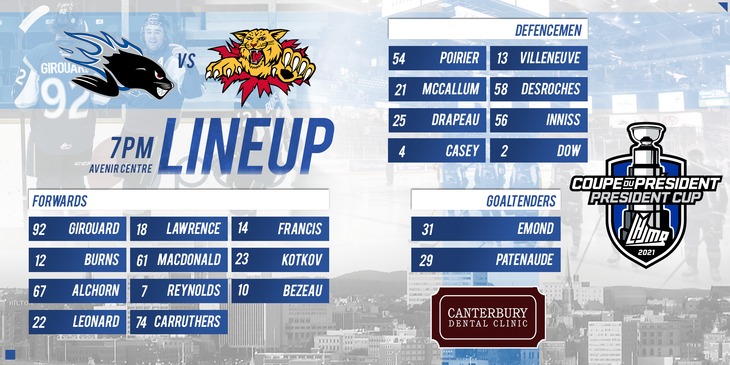 Riley Bezeau opened the scoring with his second of the playoffs. The rookie forward rushed in alone and released a booming slapshot past Lund-Cornish at 8:54.

Saint John held the lead for the next eight minutes before Maxim Barbashev jumped on a rebound to tie the game late in the first period.

The Sea Dogs took their first penalty at the midway point of the second, a high sticking call on Leighton Carruthers. Moncton scored 1:20 into the man-advantage when a snap snot from the circle trickled through Emond’s five-hole giving Moncton their first lead.

Five minutes later the Wildcats extended the lead. Emond lost sight of a deflected shot and Alex Daniel jumped on the loose puck, burying it to make it 3-1.

Saint John would turn on the pressure and Ryan Francis found himself on a breakaway. The Sea Dogs’ leading scorer deked in close and was sure the puck crossed the line after he and Lund-Cornish made contact. The referee called no goal on the ice and after a lengthy review the call stood. The overhead replay showed the puck did cross the line but it was kicked into the net as Francis slid through the crease.

Moncton took a 3-1 lead into the intermission.

Saint John opened the third with a goal after Jérémie Poirier picked off a pass from behind the Moncton goal and fired a shot on net. Lund-Cornish made the initial save but Cam MacDonald corralled the rebound and fired a shot through traffic for his second of the postseason.

With 1:16 to play, Emond was pulled from the Saint John goal. The Wildcats would score on a clearing attempt that slid the length of the ice, making it a 4-2 game.

Poirier earned second star for his performance. His assist on the MacDonald goal gives him sole possession of the team scoring lead with five points through the first three games of the playoffs.

Saint John returns to play at home on Sunday night at 7PM in a crucial game against the Acadie-Bathurst Titan. Season Ticket Members can use tickets from March 6th, 2021 for this game. Catch the call on Sea Dogs Radio presented by TD on CFBC 930AM. Sunday’s game will also be broadcast on Rogers TV.

This is also the final opportunity for fans to redeem unused tickets/voucher from the 2019-20 season (February 7th, March 20th and March 21st, 2020) for games this season. Terrapure Bubble Packs are also available at the TD Station Box Office in sets of 2,4 or 6.