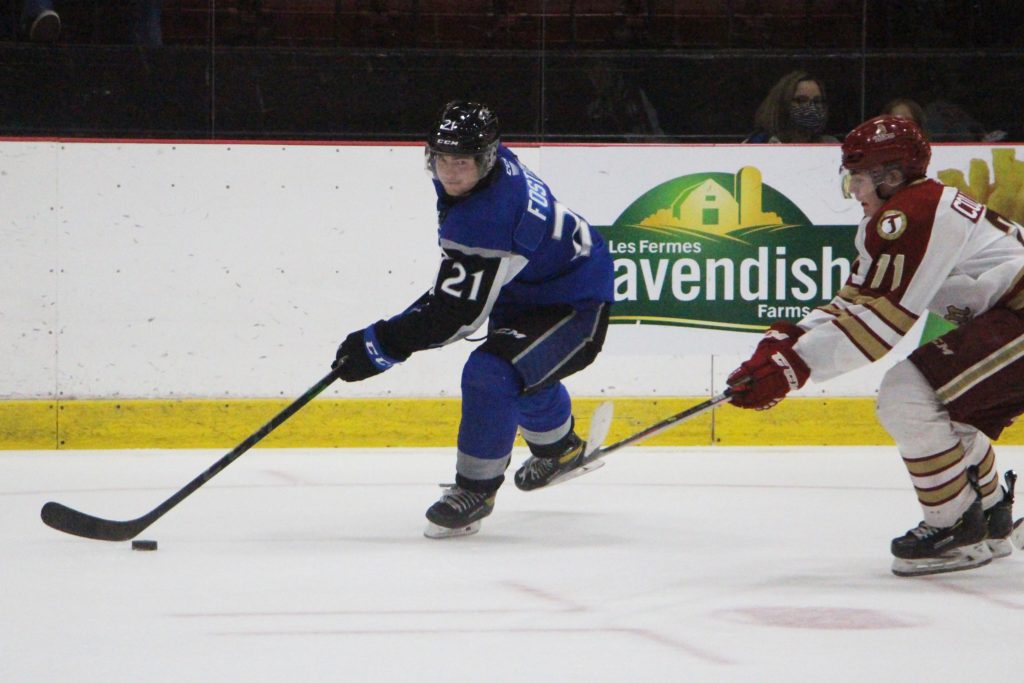 After a strong start and gaining a 2-0 lead early, the Saint John Sea Dogs fell 4-3 to the Acadie-Bathurst Titan in overtime. The two teams faced off in Fredericton in the Sea Dogs final home game of the pre-season. Sea Dogs William Dufour, Kobe Burt, and Cole Foston got the port city team on the board in the Saturday night matchup.

Noah Patenaude got the start for the Sea Dogs, stopping 38 of the 42 shots he faced, while Jack Howatt was in net for the Titan, stopping 28 of the Sea Dogs 31 shots. 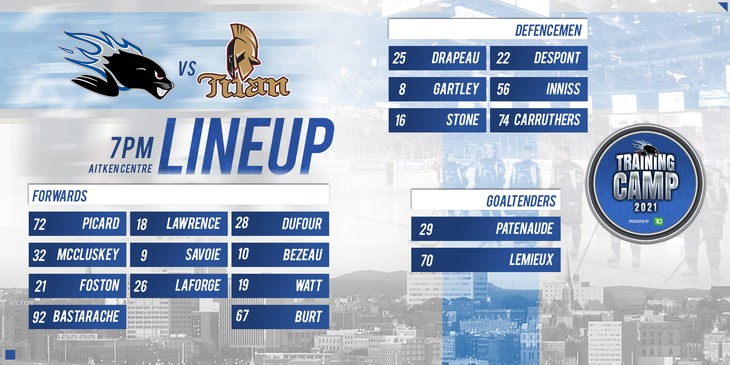 The Sea Dogs struck first, a shot from William Dufour making it to the to the back of the net at 7:08, his fifth goal in three pre-season games.

Kobe Burt gave Saint John a 2-0 lead with his first of the pre-season, picking up a rebound in front of the net 4:15 into the second period.

The Titan tied the game up with goals from Dylan Andrews 15:40 into the second frame and Jaxon Bellamy 5:31 into the third.

With 32 seconds remaining in the second period, the Lane Hinkley of the Titan and the Sea Dogs’ Olivier Picard were sent off with a five minute major and a misconduct each for fighting.

Cole Foston took the lead back midway through the third period with his first goal of the pre-season, but the game was tied up 3-3 soon after and sent to overtime.

With less 2.7 seconds left on the clock, Harijs Brants scored the overtime winner for the Titan, winning the game 4-3.

The Sea Dogs will head to Halifax for their final game of the pre-season, taking on the Mooseheads at 7 PM on Friday, September 24 at the Scotiabank Centre.