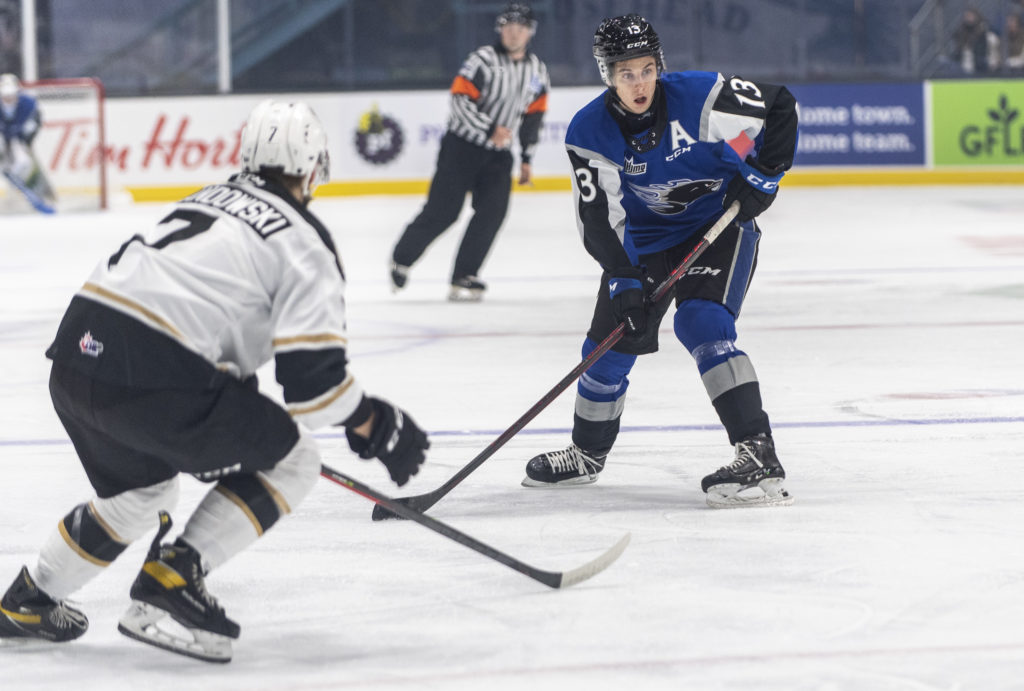 The Saint John Sea Dogs (9-8-0-3) dropped the final game in their Quebec road trip to the Rouyn-Noranda Huskies (10-6-0-3) on Saturday night. A high scoring affair that was decided in the shootout, goals came from William Villeneuve, Olivier Picard, Carter McCluskey, Charlie DesRoches, and Ryan Francis in the 6-5 loss.

Noah Patenaude got the start for the port city team, making 31 saves on 36 shots. Mathis Dorcal-Madore started in net for the Huskies, but was pulled and replaced with Samuel Richard after allowing 3 goals on 17 shots. Richard made 26 saves and got the win for the home team. 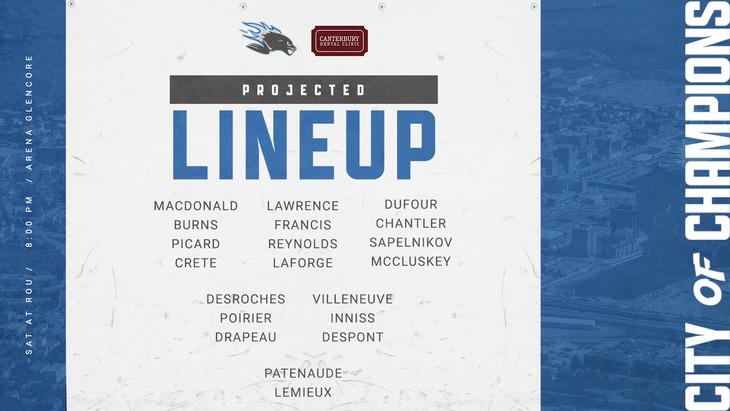 William Villeneuve hits the post and it goes in for his first goal of the season and the first one of the night at 4:34.

A pair of late goals for the Huskies, Mathieu Gagnon at 15:55 and Louis-Philippe Fontaine at 17:59 gave the home team the lead going into the second period.

The Sea Dogs came out for the second period with a lot more pressure. Staying in the Huskies zone and sending a flurry of shots until Olivier Picard tied the game up at 3:26.

Carter McCluskey scored his second goal in as many games, and his fourth of the season, giving the Sea Dogs the lead. Huskies netminder Mathis Dorcal-Madore was removed from the net and replaced with Samuel Richard.

1:58 into the third the Huskies tied the game up at three, but only for four seconds. At 2:02 Charlie DesRoches scored his first of the season and the Sea Dogs took the lead back.

Anthony Turcotte tied the two teams back up at 4 a piece at 6:12.

The Sea Dogs power play unit came out at 8:26 and put up an impressive performance, but couldn’t beat Richard despite a flurry of shots and the game remained tied.

At 13:42, Evgeny Sapelnikov was sent off for roughing. A minute later, Ryan Francis sprung a shorthanded breakaway and gave the Sea Dogs the lead.

The back and forth continued and the Huskies tied the game back up at 5 at 16:24.

The game went to an exciting overtime with big chances at either end, but ended up being decided in the shootout. One goal from Poirier was not enough and the Huskies took the game 6-5.