Sea Dogs Gain A Point in Overtime Loss To Mooseheads 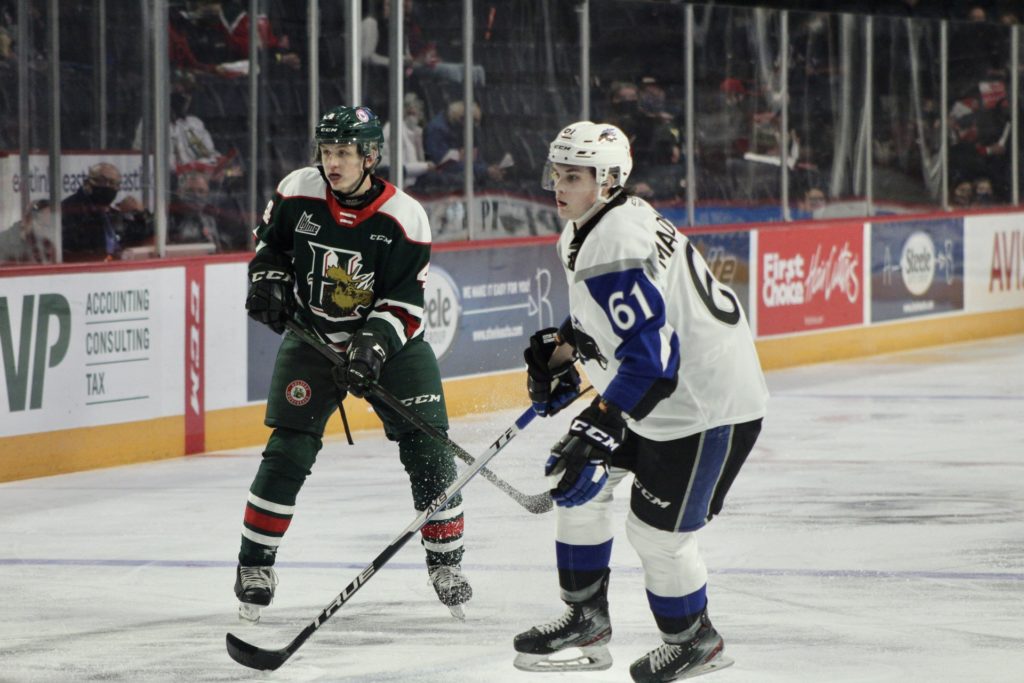 The Sea Dogs (2-5-3-1) took a penalty in overtime that proved costly as the Halifax Mooseheads (5-5-2-0) scored on the man advantage to win 5-4. Saint John had a big second period scoring four goals, three of which came on the power play but couldn’t hold off the herd.

Noah Patenaude started for the Sea Dogs who were playing their third road game in four nights. Alex Gravel returned to the Mooseheads lineup and started his first game this season. 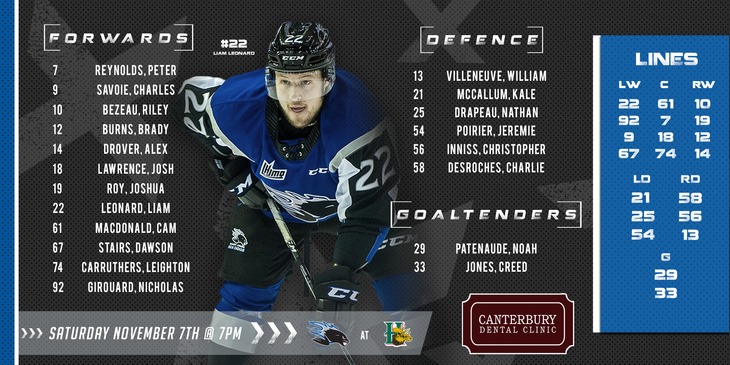 A scoreless first period was controlled mostly by the Sea Dogs who outshot the Mooseheads 13-10. The Sea Dogs were able to kill off a too many men penalty and keep pressure in the Halifax zone.

The scoreless tie was broken in the second after the Sea Dogs bench was assigned a bench minor for unsportsmanlike conduct at 3:25. Robert Orr scored on the Halifax power play less than a minute into the man advantage. A minute later Elliot Desnoyers scored a shorthanded goal after his teammate Kyle Petten went off for cross-checking. Desnoyers had four goals in Halifax’s win over Charlottetown on Friday night.

Saint John quickly rebounded in a big way by first scoring on the power play when Brady Burns stepped into the slot and scored for the second straight game to cut the lead to 2-1. 90 seconds later Cam MacDonald knocked a loose puck at the side of the net for his second of the season. Two minutes later Jérémie Poirier slipped a sneaky puck past Gravel on the power play to give Saint John their first lead of the game at 9:33. The Sea Dogs weren’t done there as they took to the power play once more and this time Peter Reynolds finished off a tic-tac-toe play from Lawrence and Villeneuve to extend the lead to 4-2.  With time ticking away in the second, Liam Leonard was called for elbowing and Jordan Dumais converted on the Moosehead power play with 38 seconds to go in the period.

Brendan Tomilson tied the game for the Mooseheads at 11:59 of the third period. Saint John took an untimely penalty with under three minutes to go but were able to kill it off without damage thanks to a strong effort from Christopher Inniss, sending the game to overtime.

In overtime Saint John was again penalized on a tripping penalty to William Villeneuve. A minute into the power play Jason Horvath scored to seal the win for Halifax.

Patenaude finished with 31 saves for Saint John. Peter Reynolds earned second star with a goal and an assist. William Villeneuve had two assists.

Saint John returns home Tuesday night to take on the Moncton Wildcats for Military Appreciation Night. Tuesday is the make-up game for the postponed game originally scheduled for October 10th. Fans do not need to visit the box office to exchange their tickets and can simply use their tickets from the October 10th game for the game on Tuesday. Fans can also follow along on #SeaDogsRadio Presented by TD on CFBC 930 AM.