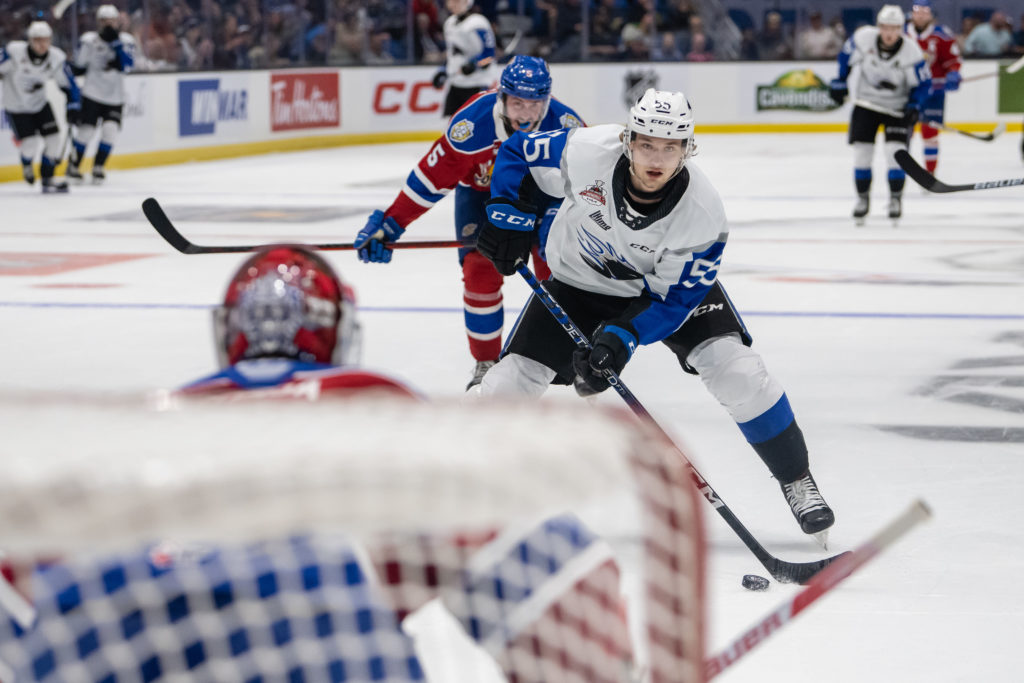 It was an electric night for the third game of the 2022 Memorial Cup presented by Kia on Wednesday. The Saint John Sea Dogs and Edmonton Oil Kings started off with a high scoring affair in the first period, before it turned into a goaltending battle for the second and third. Four goals and a fight in the first 6:25, got the crowd going, and an overtime period with back and forth chances raised the excitement. Edmonton’s Jaxsen Wiebe ended the game with a goal in overtime, completing his hat trick for the 4-3 Oil Kings win.

Nikolas Hurtubise got the start in net for Saint John, making 27 saves on 31 shots, and Sebastian Cossa started for the Oil Kings, stopping 36 of 39 Sea Dogs shots. 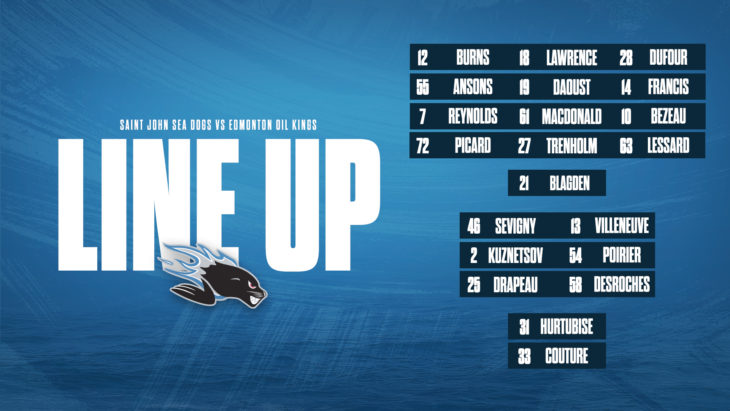 Edmonton struck first with a power play goal from Jaxen Wiebe, 2:14 into the game, jamming the puck past Hurtubise.

The Oil Kings netted their second of the night on a two-on-one, when Carter Souch sent a one timer past Hurtubise at 4:37.

A minute and a half later, Raivis Kristians Ansons scored his first goal of the tournament, sending the puck five-hole past Sebastian Cossa to get the Sea Dogs on the board.

The momentum swing continued as Josh Lawrence tied the game at two, forcing his way through a crowded netfront only 25 seconds after Ansons’ goal.

At the ten minute mark, William Dufour scored, ripping a rocket past the glove of Cossa and taking the lead.

Shots are 16-9 after the first

Nine seconds into the second frame, Yan Kuznetsov was sent to the box on a delay of game call. A shot attempt from Edmonton bounced off post and Jaxsen Wiebe picked up the rebound and sent it over Hurtubise off his backhand to tie the game up early in the period.

The two teams exchanged penalties for the remainder of the period, but neither scored and the game went into the third frame tied at three each.

Shots were 24-17 for Saint John after the second.

A flurry of penalties in quick succession sent several players to the box. Edmonton’s Josh Williams was sent on a slashing call with 9:55 remaining in the third and the Sea Dogs were sent to the power play. 32 seconds into the man advantage, Raivis Kristians Ansons was sent off for goaltender interference and play went to 4-on-4 for 1:28. At 8:26, Jakub Demek was sent off for interference and it turned into 4-on-3 for the Sea Dogs for 32 seconds.

The score remained 3-3 for the remainder of the period and the game was sent to the first overtime of the tournament.

Sea Dogs time out 2:11 into the overtime period.

Shots went back and forth between the two teams with big shots and even bigger saves from both netminders, but Jaxsen Wiebe was the one to finish it off. The Oil King completed his hat trick and won the game for Edmonton 8:05 into the extra time.

Saint John will return to the ice to finish out the round robin on Saturday, facing off against the Shawinigan Cataractes at 5 PM.

A limited number of tickets to both games are still available HERE.