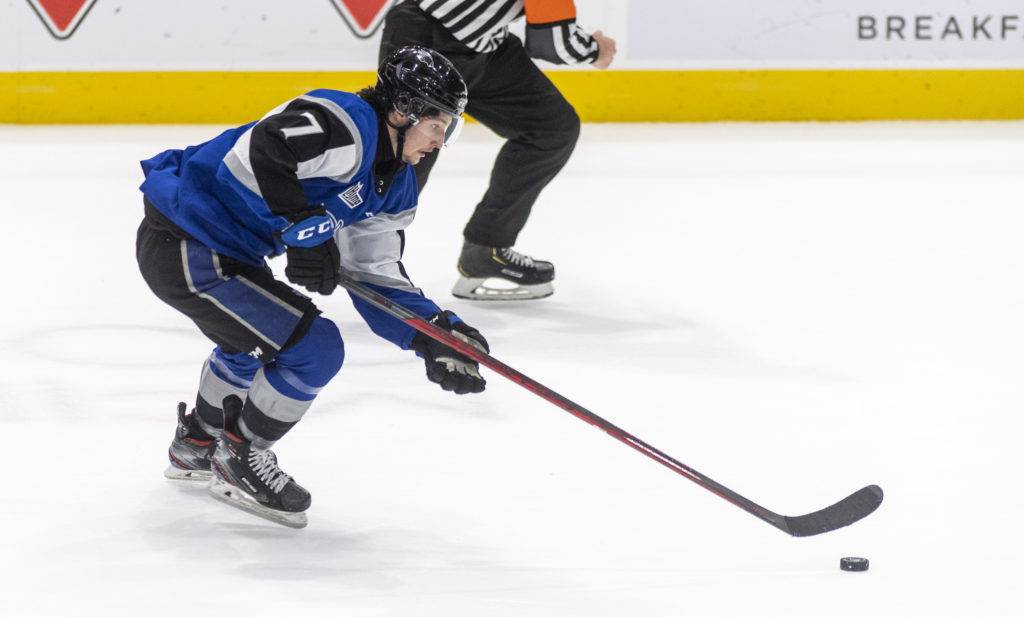 The Saint John Sea Dogs (6-5-0-2) kicked off their Quebec road trip with a game against the second best team in the QMJHL, the Quebec Remparts (9-4-0-0). The Sea Dogs extended the Remparts losing streak to three games in a 5-4 win at the Centre Videotron on Thursday. A four goal second period carried the team, with goals from Charles Savoie, Riley Bezeau, William Dufour, and Olivier Picard.

Jonathan Lemieux started in net for the Sea Dogs, making 30 saves on 34 shots and Fabio Iacobo got the start for Quebec, stopping 17 of 21 shots.

Before the game, head coach Gordie Dwyer, a former Quebec Rempart, was honoured and asked to be a part of the puck drop. 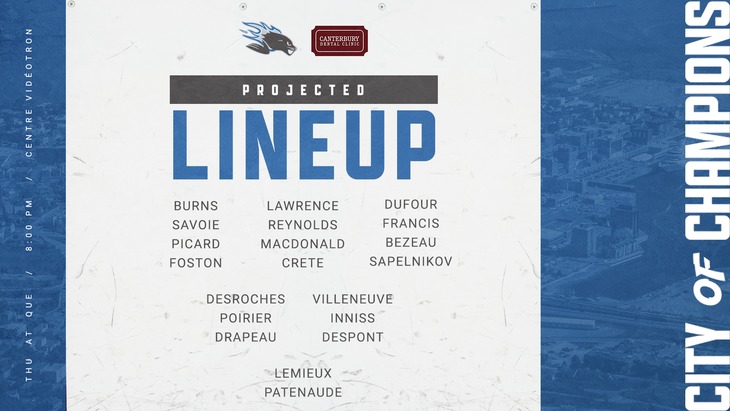 The Sea Dogs got the first penalty, Riley Bezeau was sent off for cross-checking at 7:37. They successfully killed the penalty, but the Remparts got on the board first, Charle Truchon fired a shot from the blue line that beat Lemieux at 14:40 and the Remparts went into the first intermission up 1-0.

Shots after the first were 12-9 for Quebec.

The Sea Dogs started the second frame on the penalty kill after Riley Bezeau was sent off for hooking and Cam MacDonald and Vsevolod Komarov were both sent off for delay of game with 56 seconds remaining in the first period.

Charles Savoie tied the score up at one with his first goal of the season, picking up a pass in front of the net from Peter Reynolds and hitting the back of the net at 3:52.

Riley Bezeau made it onto the score sheet with a goal at 9:36 and gave the Sea Dogs the lead, firing a rocket from the faceoff dot.

The game was tied when Pier-Olivier Roy of the Remparts scored, but it did not last long. 70 seconds later, William Dufour scored his eleventh goal of the season, in front of his hometown, with his friends and family in the crowd. Olivier Picard joined him 52 seconds later and the Sea Dogs were up 4-2 going into the final frame.

Shots after the second were 23-20 for Quebec.

7:08 into the third period, the Remparts got within one off a goal from Zachary Bolduc.

With two and a half minutes remaining in the game, the Remparts pulled their netminder. Riley Bezeau scored his second of the night and what would be the game winning goal on the open net and the Sea Dogs went up 5-3.

A push from the Remparts got them one final goal from Zachary Bolduc, but the Sea Dogs left as the winners of the Thursday night matchup.

The Sea Dogs are getting straight back to action tomorrow, as they continue their road trip to take on the Shawinigan Cataracts at 8:30 PM. Listen to the game with CFBC 930 AM or watch at watch.chl.ca.