MENU
In response to the suspension of the season by the QMJHL, the Sea Dogs office will be closed until further notice. Please see the below announcement re: existing tickets and flex vouchers. Please hold on to any unused tickets. For questions/information please contact info@saintjohnseadogs.com We thank you for your patience and understanding as we continue to work through this.
April 11, 2020 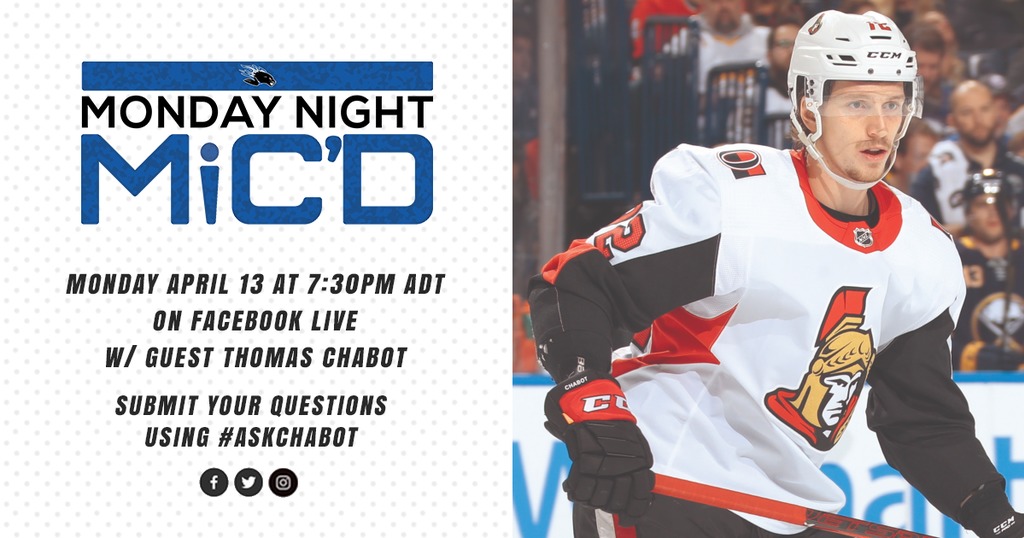 The Saint John Sea Dogs are proud to announce a brand new video series on Facebook Live, Monday Night Mic’d! Each week we’ll be interviewing Sea Dogs past and present discussing junior hockey, their time after Sea Dogs, and more!

Our debut episode will be airing live at 7:30 PM ADT on Monday, April 13th hosted by Jon Quinn with special guest Thomas Chabot! Chabot played four seasons with the Sea Dogs, winning a President Cup in 2017 before joining the Ottawa Senators of the NHL. We’ll discuss that 2017 season in which he took home a league title, QMJHL Defenceman of the Year and a World Juniors MVP Award, as well as his time with the Ottawa Senators, his All-Star Game appearance and more!

Each episode of Monday Night Mic’d will be broadcast on Facebook Live with the video being uploaded to Youtube afterwards.