MENU
In response to the suspension of the season by the QMJHL, the Sea Dogs office will be closed until further notice. Please see the below announcement re: existing tickets and flex vouchers. Please hold on to any unused tickets. For questions/information please contact info@saintjohnseadogs.com We thank you for your patience and understanding as we continue to work through this.
December 2, 2019 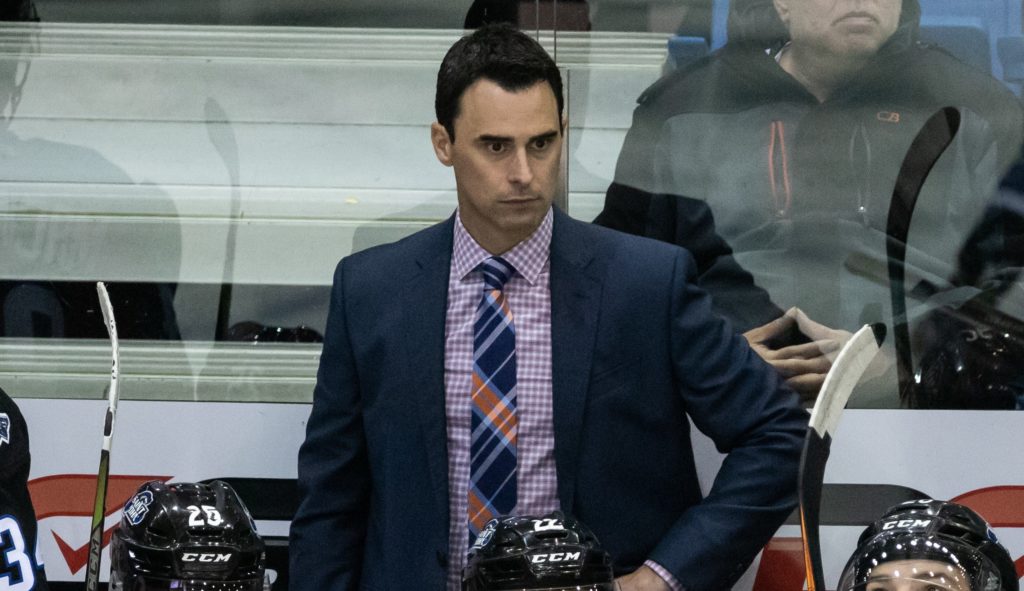 “These are the toughest days because you hate to see good people go. Josh is a consummate professional, he’s well-liked in the organization, and he works tirelessly at his craft” said Sea Dogs President & General Manager, Trevor Georgie. “This was a check-in point for us and after almost 30 games this season, we aren’t where we need to be as a team, and collectively we decided that it was time for a change.”

“We want to thank Josh for all the time and energy he put into this team the past two and half seasons. He is one of the hardest working people that I have had the pleasure of working with and will surely have future opportunities in hockey.”

“Jeff has been behind the bench with us for seven seasons as an assistant coach or associate coach. He has worked under four different head coaches, we won a President Cup together in 2017, and now want to give him the opportunity to lead behind the bench and in the room. He has lots of playing experience and life experience that he can share with our young group. He has lived the highs and lows of a pro hockey player and knows what it takes.”

As a player, Cowan suited up for 444 NHL games with the Calgary Flames, Atlanta Thrashers, Los Angeles Kings, and Vancouver Canucks. He also played 417 AHL games, mostly with the Saint John Flames. His junior career included two seasons with the Guelph Storm and one season as Captain of the Barrie Colts.

“We will be evaluating as we go and take our time on deciding on our coaching staff. We will be rigorous in our due-diligence to ensure that we have the right group in place to take the next step in our evolution – winning, and leading this team to our next Memorial Cup.”

In parts of three seasons under Dixon, the Sea Dogs posted a record of 39-108-12-6 in 165 regular season games. They failed to make the playoffs during that time.

No other changes to the Sea Dogs coaching staff will be made at this time.