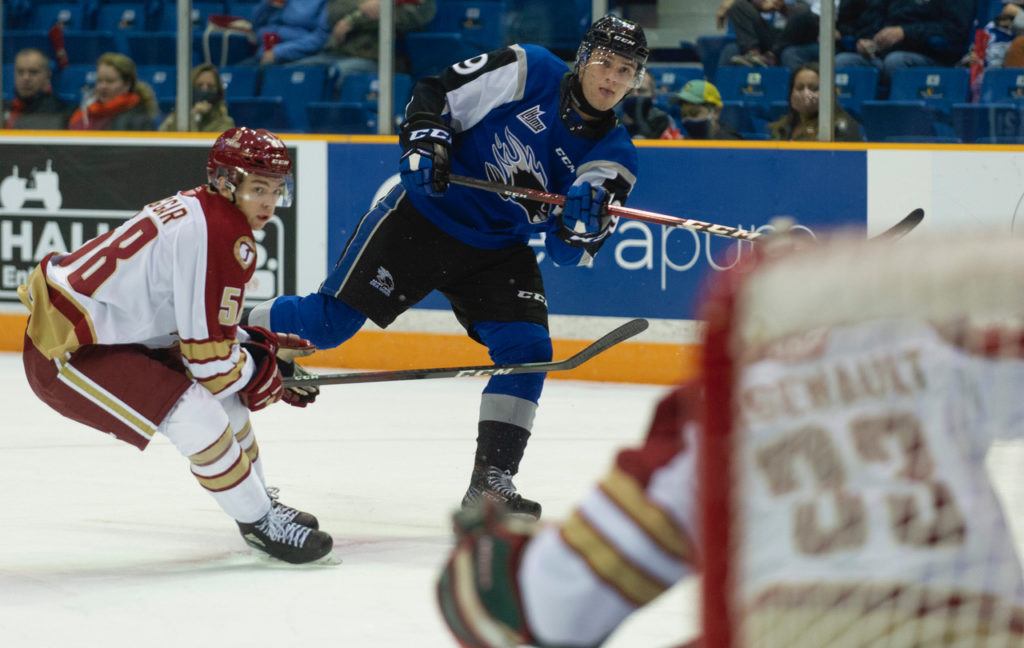 The Saint John Sea Dogs secured their first win of the 2020-21 season on Friday night with a 2-1 shootout win over the Acadie-Bathurst Titan. Joshua Roy was the hero scoring the lone Sea Dogs goal and notching the eventual shootout winner. 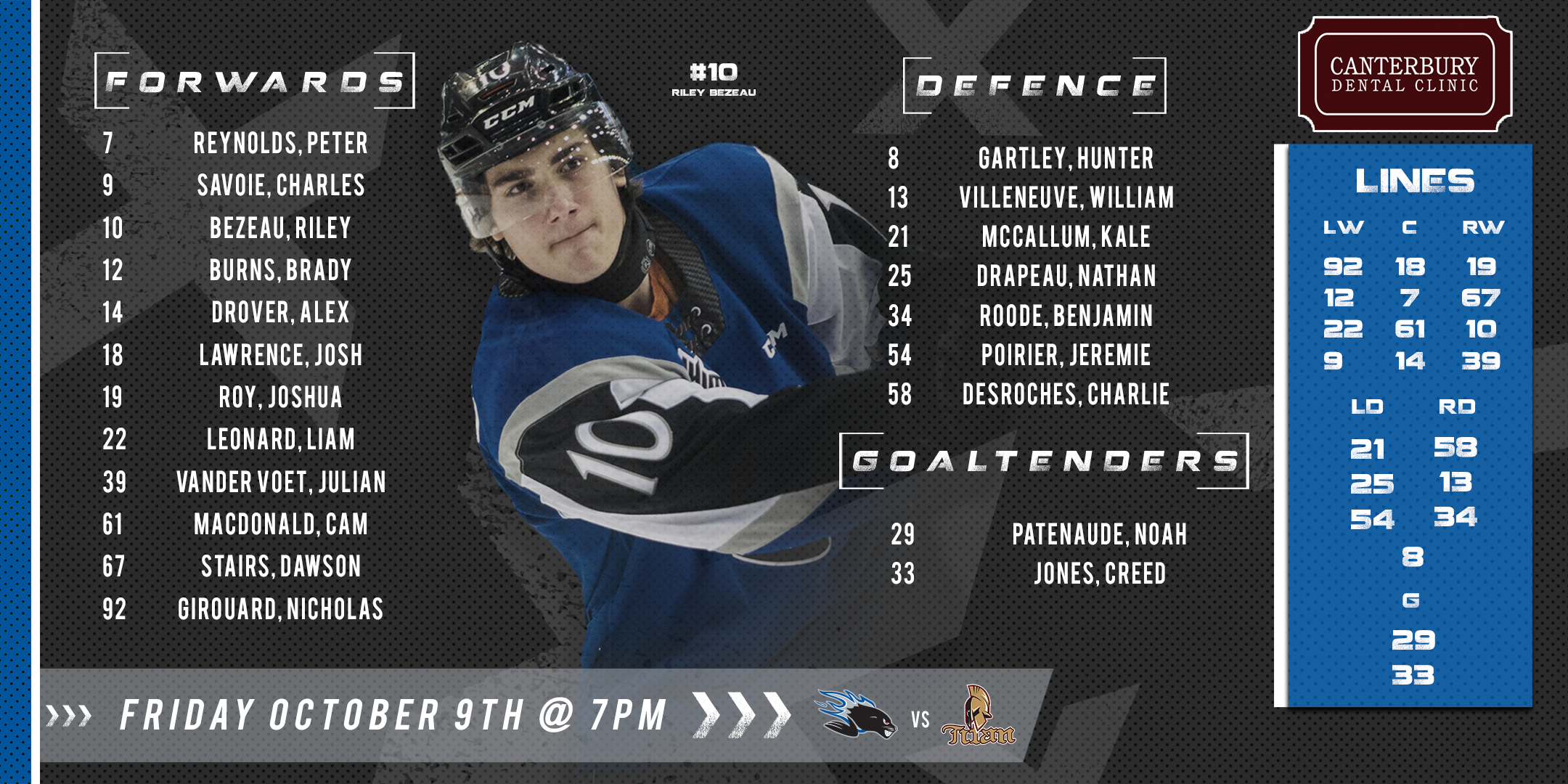 Saint John peppered Arsenault for 34 shots through the first two periods but couldn’t crack the 5’7″ netminder.

The Titan struck first at 12:31 on a goal from Bennett MacArthur.  From then on it was a goalie duel as Patenaude and Arsenault traded saves, combining for 50 stops over the 40 minutes.

40 seconds into the third period Cole Huckins was called for hooking and the Sea Dogs would capitalize on the power play. Peter Reynolds drove to the next and circled behind before dishing a backhand pass to Joshua Roy who snapped home the tying goal short side at 1:38.

Minutes later the Titan thought they regained the lead but the play was reviewed and the goal was called off for being kicked into the net.

With under five minutes to go in the game Julian Vander Voet took a heavy hit from behind in the Titan zone and the Sea Dogs had an opportunity to take the lead on the ensuing power play, but couldn’t convert.

The Sea Dogs pressured late but the clock hit zero and the game headed to overtime and eventually, a shootout.

Joshua Roy scored the shootout winner as the Sea Dogs second shooter and Patenaude made all three saves to give the Sea Dogs the 2-1 shootout win. The win marks Greg Gilbert’s first as a coach in the QMJHL.

Saint John will look to make it back-to-back wins Saturday night at home as they host the Moncton Wildcats at TD Station at 7pm. Tune into the game on Sea Dogs Radio Presented By TD on CFBC 930 AM or watch on Rogers TV.