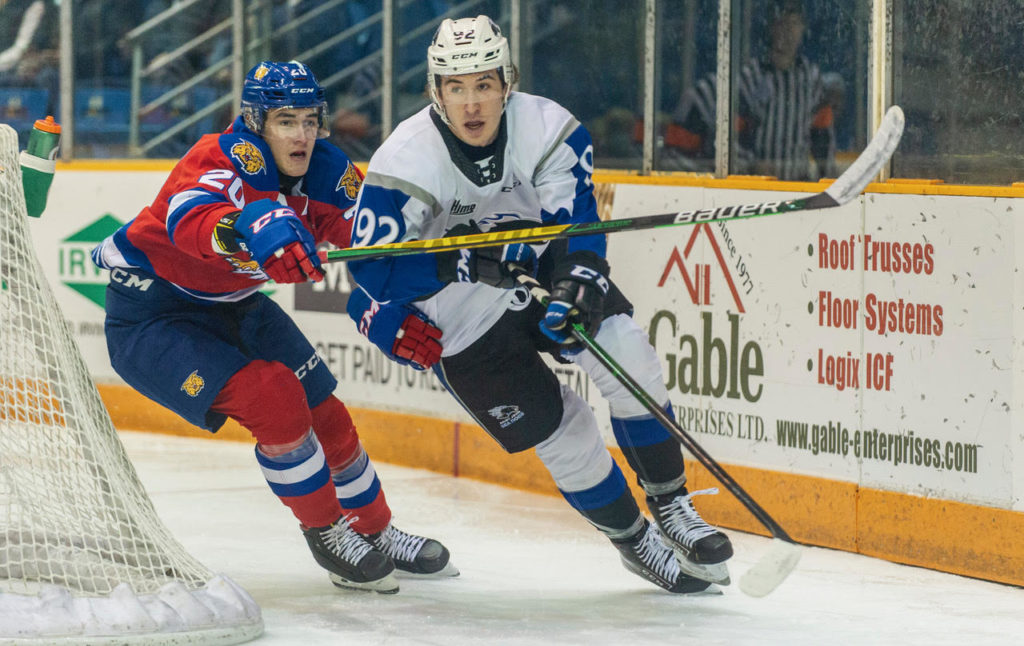 The Saint John Sea Dogs (10-7-3-1) took on the Moncton Wildcats (7-9-1-1) in a high scoring afternoon matinee this Sunday. After leaving the first period down 3-0, the Sea Dogs came back roaring with two quick goals from Vladislav Kotkov and a game tying goal from Zachary Alchorn in the second period. Moncton would go on to take the lead two more times, each time being met with matching goals by Saint John, until a goal with 29 seconds remaining in the game from Nicholas Girouard sealed the deal for the Sea Dogs winning the game 6-5.

Noah Patenaude got the start for Saint John, allowing three goals on eight shots before being replaced by Zachary Emond who stopped 19 of the 21 shots he faced. Dakota Lund-Cornish started for Moncton stopping 45 of the 51 shots the Sea Dogs sent his way. 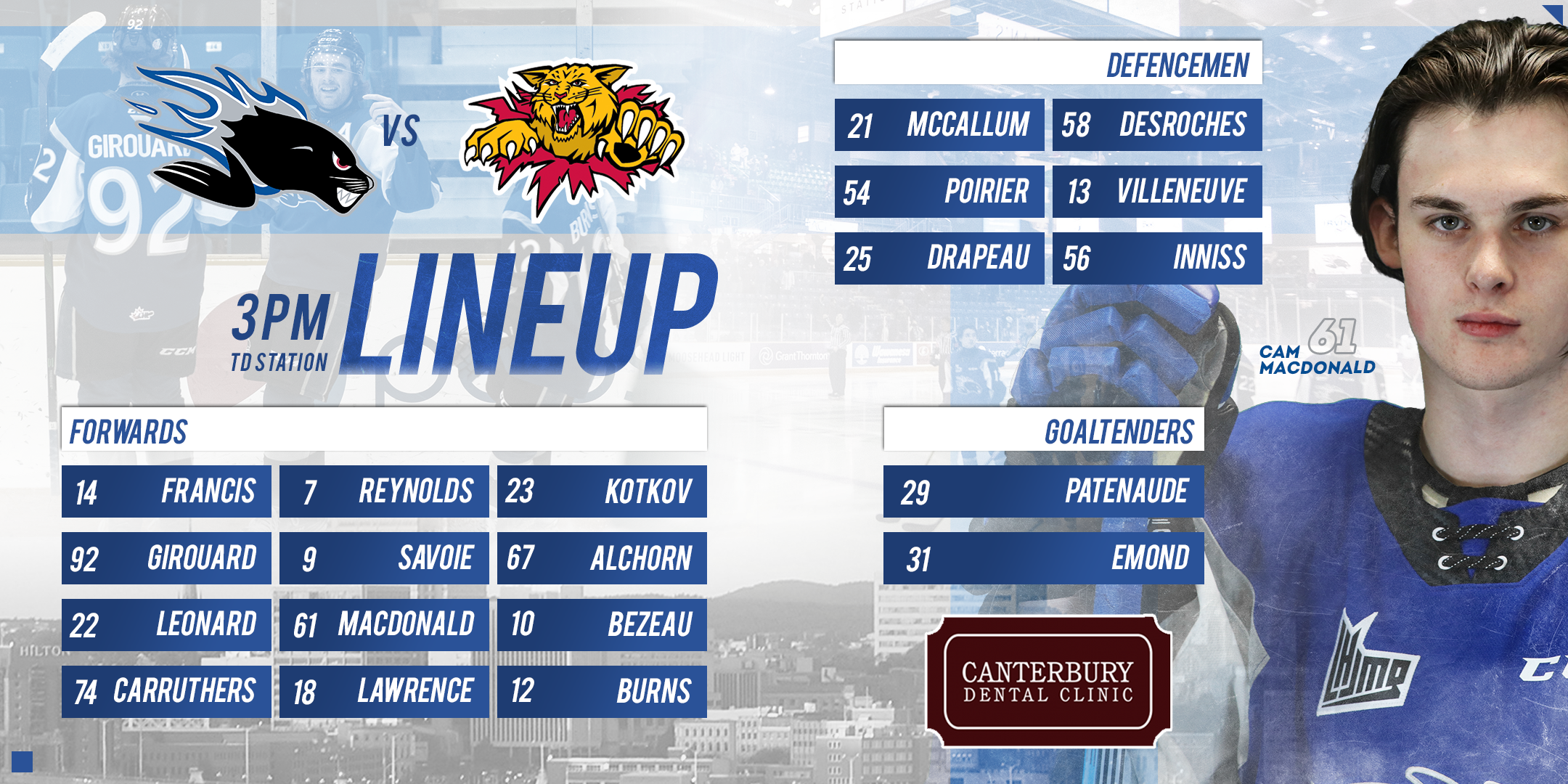 The Sea Dogs penalty kill came out at 7:12 after William Villeneuve received a double minor for high sticking and Josh Lawrence was sent to the box for cross-checking. Francis Langlois got Moncton on the board 16 seconds into the 5-on-3.

The Wildcats scored two quick goals to increase their lead to 3-0. Owen Stammer sent a wrist shot past Patenaude at 11:59 and Mathis Cloutier hit the back of the net 21 seconds later. The Cloutier goal went to review and was deemed a good goal by the referees.

After the review, the puck dropped and so did the gloves, a fight broke out between Jacob Stewart and Liam Leonard. Both players were given a major for fighting and a game misconduct for a staged fight following a faceoff.

With 7:30 remaining in the first period, Zachary Emond replaced Noah Patenaude in the net.

The Sea Dogs went into the next period buzzing with energy, racking up 19 shots and three goals in the second frame. Saint John carried the man advantage from a late first period penalty to Anthony Hamel into the second period and capitalized on their power play quickly, forward Vladislav Kotkov scoring on a wrist shot from the top of the circle 35 seconds into the period.

Kotkov scored his second of the afternoon quickly, firing another wrist shot through the crowd and finding the back of the net at 2:24.

Zachary Alchorn tied up the game with his first of the season at 13:39, picking up a pass from Josh Lawrence in front of the net.

Shots after the second were 35-17 for Saint John.

Moncton took an early period lead with a goal from captain Jacob Hudson at 2:59 but Saint John’s Riley Bezeau tied the game up at four shortly after, picking up a pass in front of the net and sliding it past Lund-Cornish at 7:13.

Vladislav Kotkov received a penalty for hooking with 8:34 remaining in the third period. The 5-on-4 became the Sea Dogs second 5-on-3 penalty kill of the afternoon when Christopher Innis joined him in the box 28 seconds later. Moncton’s leading scorer Philippe Daoust sent a one timer past Emond with 4 seconds remaining in the 5-on-3.

Peter Reynolds tied the game up at 5 a piece with 4:59 remaining in the period, firing a one timer past Lund-Cornish from in close.

With 29 seconds left, Nicholas Girouard gave the Sea Dogs the 6-5 lead, their first of the game and the only one that mattered. Moncton pulled their goaltender with 20 seconds left, but Girouard’s goal was enough to give Saint John the win.

The Sea Dogs will hit the road to face off against the Wildcats again at 7PM on Friday, March 26 in Moncton. They return to TD Station to play the Titan in their final game of March the following night at 7PM. Terrapure Bubble Packs are available for Saturday’s game at the TD Station box office and online.