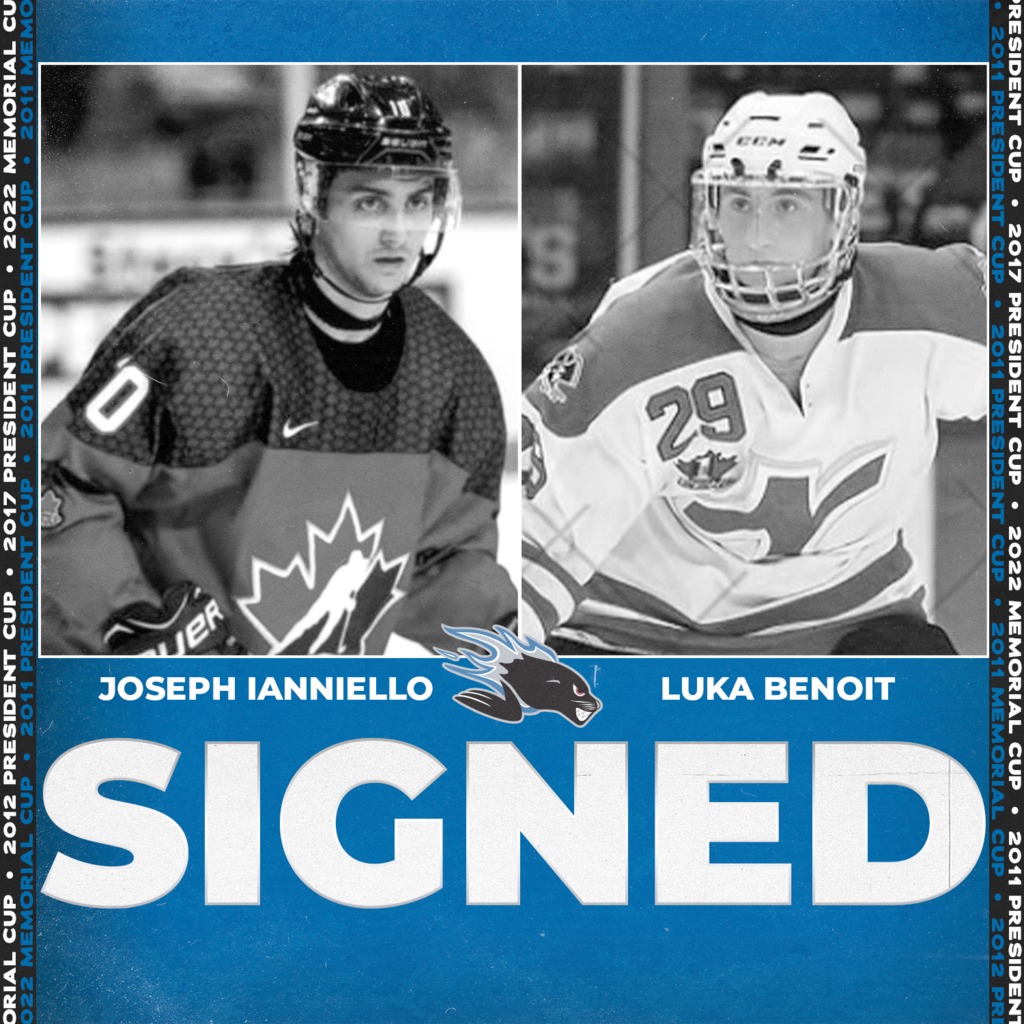 The Sea Dogs announced the signings of two players from the CCHL, defenseman Joseph Ianniello and right wing Luka Benoit.

Ianniello, an 18-year old defenseman from the Navan Grads of the CCHL, was second in league scoring for defensemen registering 25 points in 28 games. The former Barrie Colts prospect played for Team Canada East at the 2022 World Junior A Challenge where he was fourth in scoring for defensemen in the tournament. The smooth skating puck mover from Woodbridge, Ontario was planning to pursue his hockey career in the NCAA before committing to the Sea Dogs.

“I am really excited and thrilled to get started in Saint John and play in front of such a passionate fan base,” said Ianniello. “Everyone has been so supportive and welcoming with me and I can’t wait to get to work.”

Benoit, a 17-year-old forward from the Nepean Raiders of the CCHL, registered 8 goals and 16 points in 27 games this season, third in scoring for players his age. During the 2021-2022 season, Benoit registered 55 points in 32 games for the Nepean Raiders U18 AAA. The Ottawa native was selected 7th overall in the 2022 OHL U18 Priority Selection Draft.

“I’m really excited to get things started,” said Benoit. “I want to show everyone how hard I work day in and day out.”

The addition of Ianniello and Benoit to the Sea Dogs lineup builds on the free agent signings of Alex Drover and Harrison Ballard, which were announced by the team on Sunday.

“Joseph and Luka were standout players in their League” said Sea Dogs President and General Manager Trevor Georgie on the signings. “They fit our age group here and have earned this opportunity. We are very pleased that they decided to commit to Sea Dogs.”