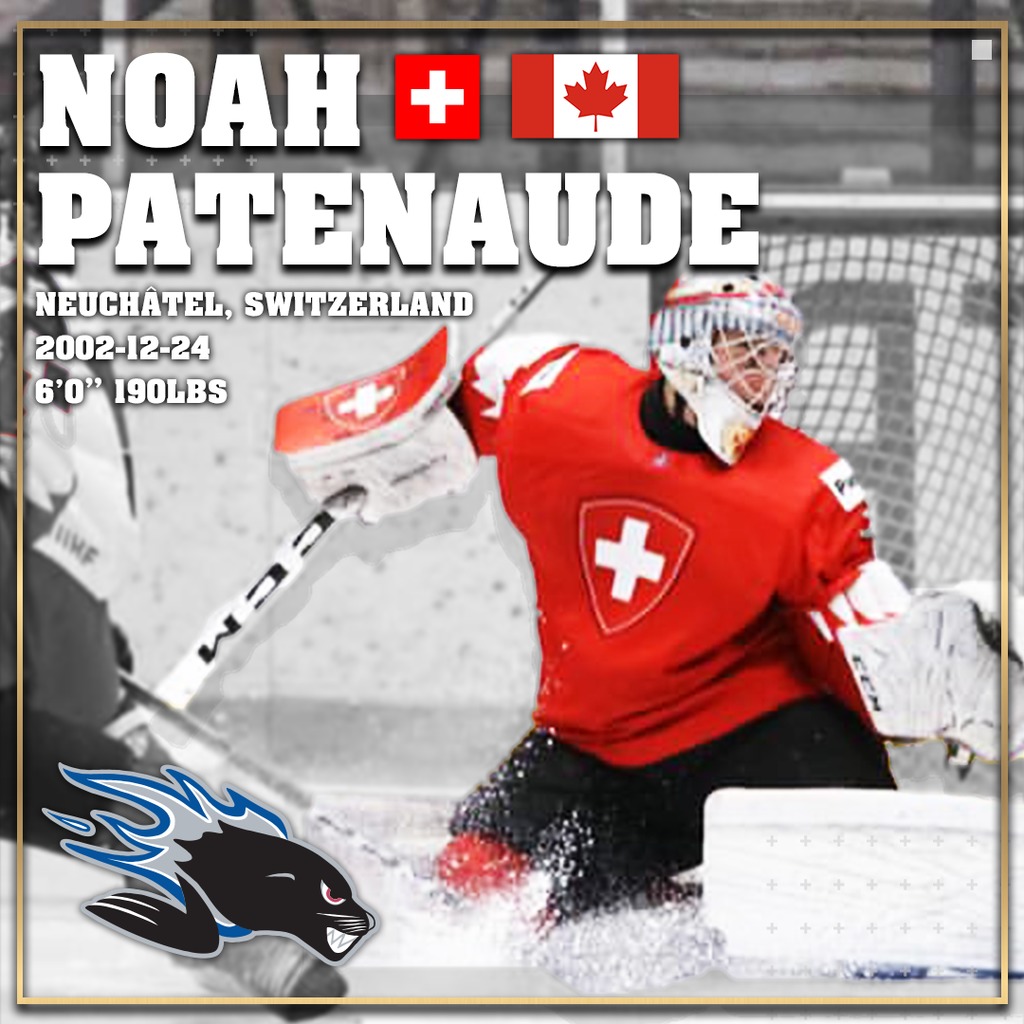 The Saint John Sea Dogs announced today they have signed 16-year-old Switzerland born netminder Noah Patenaude. Patenaude is a dual citizen (Swiss-Canadian) who has been playing for Team Switzerland at the international level.

“Any time you’re able to sign one of the top players in an entire country, it’s a huge win for the organization,” said Sea Dogs President & General Manager Trevor Georgie. “Noah has logged big time minutes against some of the world’s best 16 and 17-year-old players on the international stage. This experience will be invaluable during his time in Saint John.”

The process to sign Patenaude was unique due to Noah’s dual citizenship and having never played in Canada before.

“It was a complicated endeavour given CHL import rules, but we do our homework, we know the rules and we interpret the regulations, and we work at it, there are always solutions. This was a time-consuming and extensive process by not just us and Noah, but by the league,” said Georgie. “Gilles Courteau and his team worked diligently on this and in the end, the CHL did what was right, they welcomed a Canadian back to Canada. I spoke with Noah earlier and he is extremely excited to come to our camp next week.”

Patenaude (6’0” 190lbs), is currently representing Switzerland at the 2019 Hlinka Gretzky Cup in Slovakia and the Czech Republic. In a loss to Team Canada on Tuesday, Patenaude recorded 40 saves including a highlight reel diving glove save at the buzzer.

WHAT A SAVE AT THE BUZZER 🚨😮

Swiss goalie Noah Patenaude laid out for an incredible glove save against Canada! pic.twitter.com/UyKMEi5wOv

“He’s a big goalie who understands how to use his size to his advantage. For such a young goalie he’s very patient and lets the puck come to him. He plays the puck well and competes for the entire 60 minutes.”

Patenaude will join the Sea Dogs for training camp starting August 14th, 2019 at the Quispamsis QPLEX.