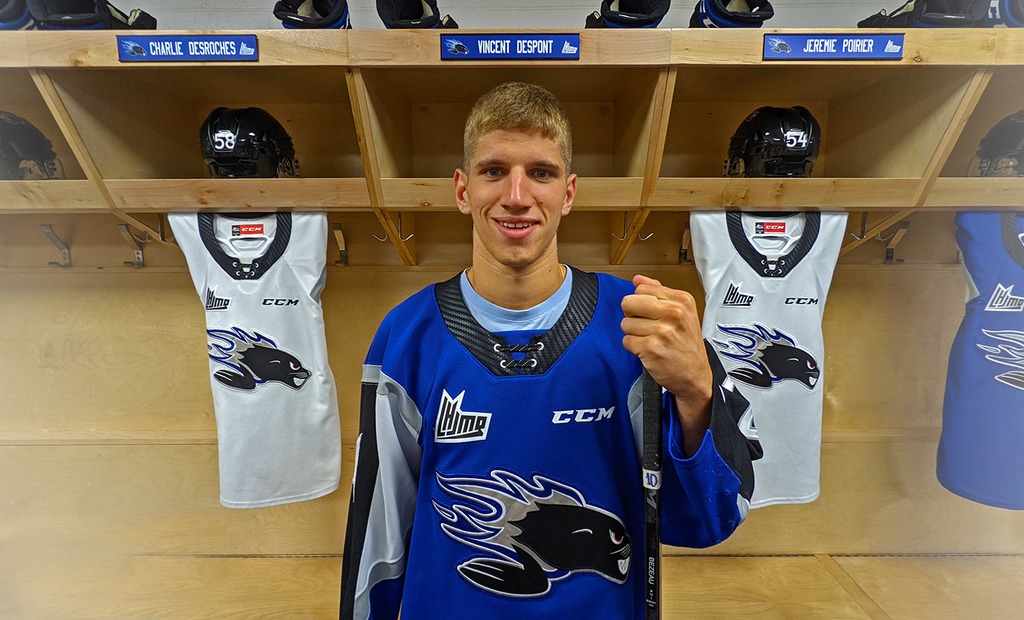 The Saint John Sea Dogs announced today they have signed 18-year-old Switzerland born defenceman Vincent Despont. Despont is a dual citizen (Swiss-Canadian) who has played for Team Switzerland at the international level. Despont arrived in Saint John after participating in Switzerland’s U20 National Junior Team Summer Camp this July.

“Vincent plays a gritty, hard-nosed brand of hockey,” explained Sea Dogs President & General Manager, Trevor Georgie. “He has great character, competes hard, and leaves everything on the ice. He understands his identity as a player, which is key. We think that his style of play will be something that Saint John fans really enjoy.”

The process to sign Despont was unique due to his dual citizenship and having never played in Canada before.

“Similarly to Noah (Patenaude), the process took quite a bit of time and effort,” added Georgie. “We appreciate Vincent and his family’s patience throughout, and we appreciate the League’s support in getting it done.”

Despont (6’2”, 190lbs) played the 2020-21 season with Kloten U20 of the Swiss Elite League registering 10 points and 164 penalty minutes in 45 games played. He also appeared as a member of Team Switzerland at the 2021 IIHF World U18 Championships in Frisco, Texas this past spring.

“I’m really proud to join this amazing organization,” said Despont. “I’m excited to get started and be back on the ice.”

Vincent has arrived in Saint John and will make his Sea Dogs debut during training camp starting on August 17th.