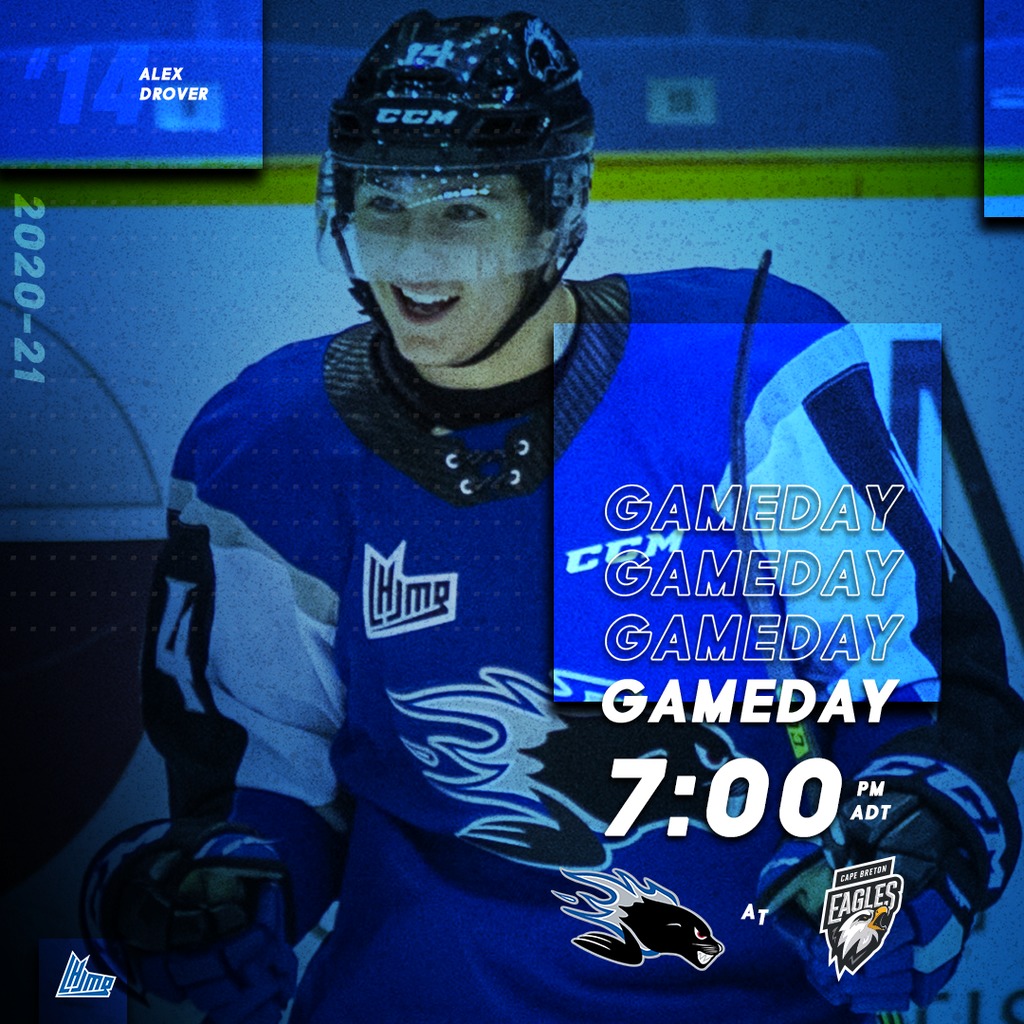 The Saint John Sea Dogs will have three chances to notch their first road win this week as they visit Cape Breton, Charlottetown and Bathurst starting Wednesday. Saint John has played six road games this season and have come away with three points, however they’re still looking for that first two point win.

The Sea Dogs have clicked as of late, stringing together four straight wins at home. Two wins over the Wildcats and a shootout win over Halifax on Saturday capped off a six point week that saw the Dogs jump into a tie for third in the QMJHL standings. Saint John scored 16 goals in regulation during those three games.

Tonight, Saint John will visit Cape Breton for the first time this season. The two clubs met twice in October, splitting wins during a pair of home games at TD Station. The Eagles sit two points back of Saint John.

Star Eagles forward Shawn Element currently sits atop the QMJHL leaderboard for assists with 17 helpers through the first 14 games of the year. He’ll be matched up against Sea Dogs defenceman Charlie DesRoches, who is ranked fifth in the league in assists with 13. DesRoches was named to the Videotron Team of the Week on Monday for his seven point effort through three home games last week.

Following tonight’s game in Cape Breton the Sea Dogs head to Charlottetown on Friday night to take on the league leading Islanders. The Islanders are riding a three game win streak and are 8-2 in their last 10. Saint John are 0-2-0-0 versus the Islanders after dropping their home opener 6-5 before visiting the Island for a 5-1 loss.

On Sunday the Dogs will finish the week in Bathurst when they take on the Titan. A red hot start to the season has simmered as of late for the Titan who are 1-4-1-0 in their last six. Saint John will look to build on a 2-1 shootout win over the Titan back in October at TD Station.

Catch all this week’s away games on #SeaDogsRadio Presented By TD on CFBC 930 AM.