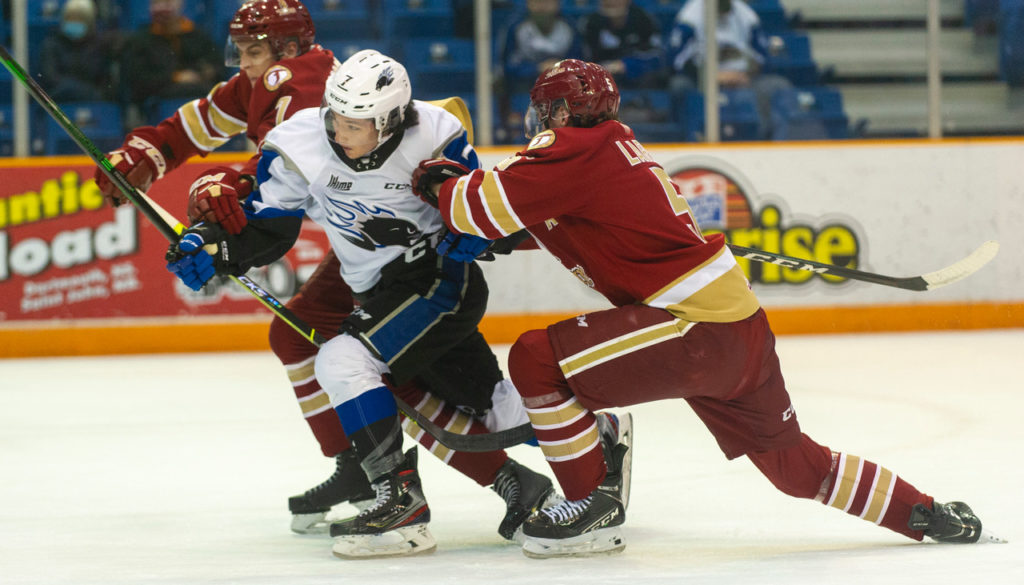 A late game push was not enough for the Saint John Sea Dogs (11-8-3-1) as they fell to the Acadie-Bathurst Titan (13-7-1-1) on Saturday night. Charles Savoie and Vladislav Kotkov scored for the Sea Dogs in the 8-2 loss at TD Station.

Zachary Emond started in nets for the Sea Dogs stopping 33 of 41 shots he faced and Chad Arsenault got the start for the Titan stopping 25 of the 27 Sea Dogs shots.  Sea Dogs roster regulars Liam Leonard (suspension) and Kale McCallum (day-to-day) did not play. 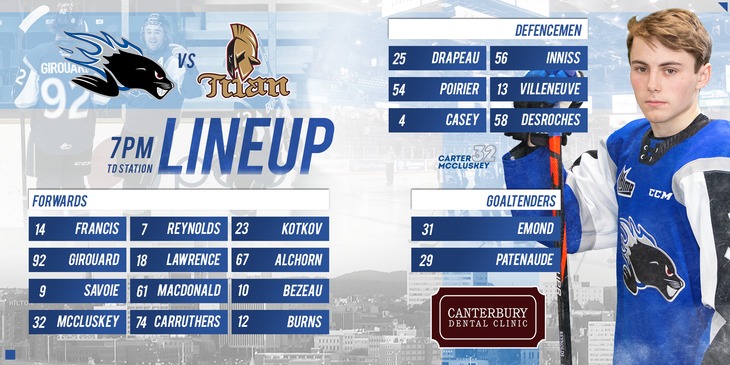 The first two periods passed by with end-to-end action and opportunities for both sides, but Saint John went into the third frame down 2-0. The Titan took the first lead of the game when Mathieu Desgagnés scored on a three-on-one passing play at 12:48 in the first period.  Another passing play increased the Titan by one at 14:44 in the second period when Cole Huckins found the back of the net.

The Sea Dogs successfully killed the first penalty of the game, not allowing a single shot from the Titan, after William Villeneuve was sent off for hooking with 2:41 remaining in the second period.

Bathurst struck early in the third period with two quick goal, Ben Allison 37 seconds into the final frame and Mathieu Desgagnés adding his second of the evening at 3:13.

Charles Savoie put the Sea Dogs on the board at 4:17 when he caught a bouncing puck and shot it past the Titan goaltender at a sharp angle.

Saint John got their first power play shortly after Savoie’s goal and Vladislav Kotkov did not hesitate in cutting the Titan lead to two. Firing a one timer into the back of the net off a pass from William Villeneuve at 5:47.

Jérémie Poirier was sent off for hooking at 6:34 and the Sea Dogs penalty kill was successful for the second time of the night. Soon after, the Sea Dogs got another power play opportunity with a penalty for checking from behind to Jacob Melanson. Play went to 4-on-4 19 seconds later when Ryan Francis was sent to the box and the Titan capitalized on the extra space and increased their lead to 5-2.

The Sea Dogs will take on the Wildcats in Moncton on Tuesday, March 30th at 7PM.