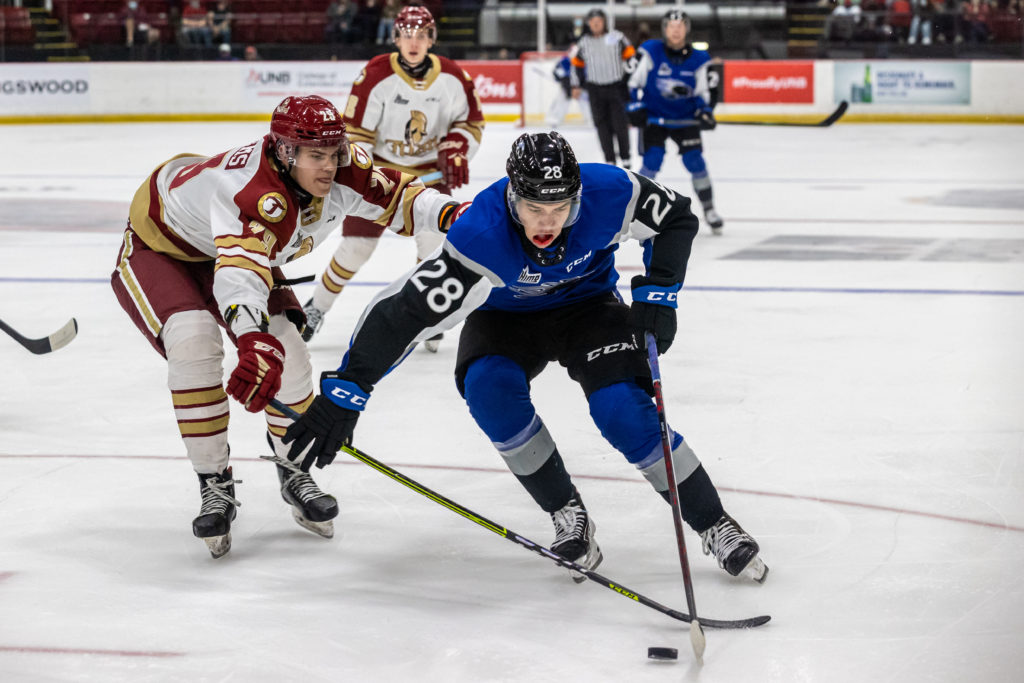 The Saint John Sea Dogs (0-3-0-0) fell to the Acadie-Bathurst Titan (3-0-0-0) in their first meeting of the season on Friday night. Despite a strong start with goals from William Dufour and Brady Burns, the Sea Dogs couldn’t match a late game push from the Titan, allowing 4 unanswered goals in the 5-2 loss in Bathurst.

Jonathan Lemieux got the start for Saint John, his third straight start, and made 16 saves on 20 shots before being pulled and replaced by Noah Patenaude. Patenaude made 9 saves on 10 shots in his 17:07 minutes of ice time. Chad Arsenault got the start for the Titan saving 31 of the 33 Sea Dogs shots. 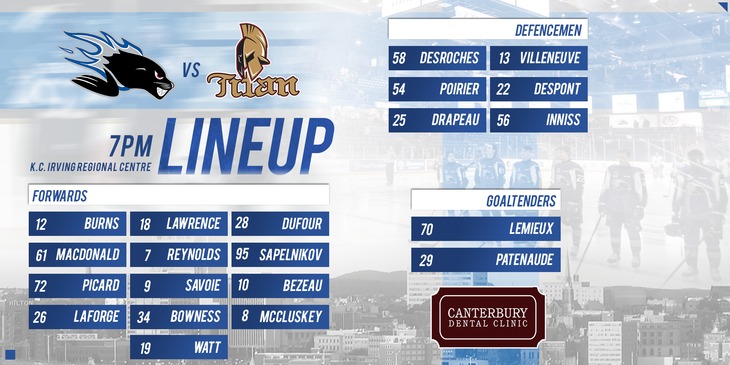 The Titan scored early, Ben Allison found the back of the net only 11 seconds into the first period, but the rest of the period belonged to the Sea Dogs. Dominating the play, the Sea Dogs led in shots 13-6 after the first and went into the second period up 2-1.

The top line of Brady Burns, Josh Lawrence, and William Dufour had the scoring touch in Friday’s matchup, with all three of them getting points on both first period goals. Midway through the period Dufour hit the open side of the net, completing a beautiful tic-tac-toe play in the Titan’s end. Three minutes later the line rushed the Titan net and Burns tapped in a wraparound attempt by Lawrence to take the lead after 20 minutes of play.

Play continued and the Sea Dogs maintained their lead until 18:06 when Jacob Melanson tied the game up for the Titan.

Shots at the end of the second period were 24-16 for Saint John.

The Titan took control of the third period, scoring three unanswered goals and ultimately winning the game 5-2. Goals from the Titan came from Marc-Andre Gaudet, Riley Kidney, and Jaxon Bellamy.