MENU
In response to the suspension of the season by the QMJHL, the Sea Dogs office will be closed until further notice. Please see the below announcement re: existing tickets and flex vouchers. Please hold on to any unused tickets. For questions/information please contact info@saintjohnseadogs.com We thank you for your patience and understanding as we continue to work through this.
March 7, 2020 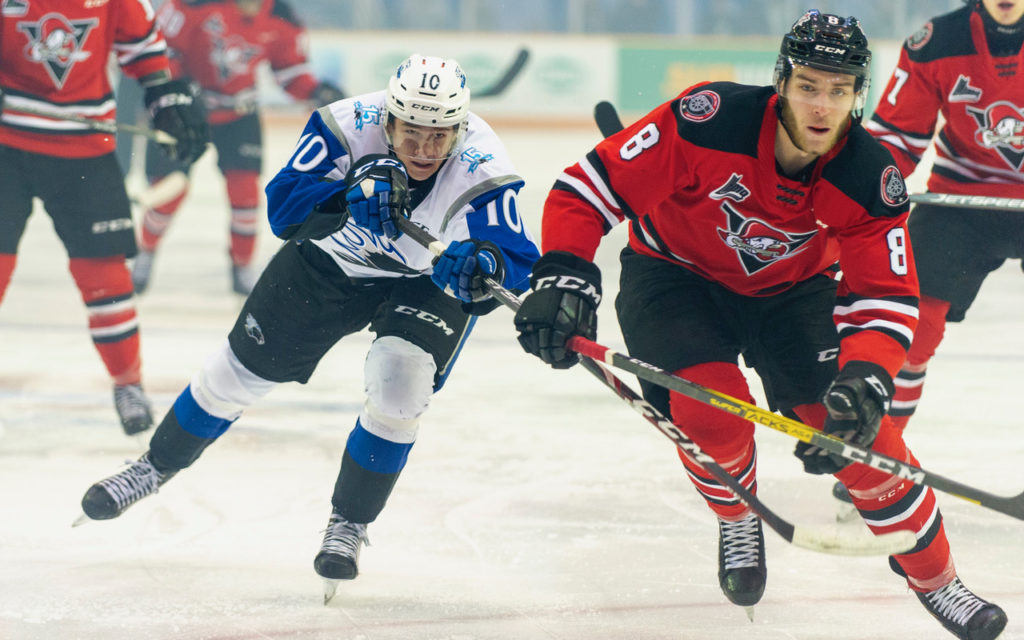 The Saint John Sea Dogs (30-33-1-0) fell to the Drummondville Voltigeurs (36-24-2-0) in a lopsided loss on Saturday night. The Sea Dogs got on the board with goals from Charles Savoie and Kale McCallum but fell short. After two close periods, the Sea Dogs lost control of the game, allowing five straight goals in the 8-2 loss at TD Station.

Zachary Bouthillier got the start in net for the Sea Dogs, facing 42 shots and stopping 34 of them. Anthony Morrone saved 28 of 30 shots for the Voltigeurs.

The Sea Dogs power play got an early chance when Thimo Nickl was sent to the box for holding three minutes into the game.

The Voltigeurs got on the board first with a passing play when Charlie Da Fonseca passed the puck to Xavier Simoneau, who was waiting in front of the net and sent it past Zachary Bouthillier.

Charles Savoie tied the game up with an absolute beauty of a goal, receiving a pass from Anderson MacDonald in front of the net and sending a one timer past Anthony Morrone’s shoulder for his second goal of the season halfway through the period.

Two penalties ended out the period, Anderson MacDonald for checking from behind at 14:02 and a bench minor to the Voltigeurs for too many men at 16:06, but both penalty kill units kept the score tied going into the second period.

Shots after the first period were 11-9 for Drummondville.

Brady Burns was sent to the box for hooking at 12:32. Matt Gould used his speed to get a breakaway chance on the penalty kill, but his shot was stopped by the Drummondville netminder.

A slashing penalty to Anderson MacDonald at 15:11 forced the Sea Dogs to play shorthanded for the third time of the night, and the penalty kill came up strong once again, keeping the game tied.

The momentum started to swing in Drummondville’s direction, and they began to get all the chances, culminating when the Voltigeurs took the lead with ten seconds remaining in the period, William Dufour’s 26th goal of the season.

Shots going into the third period were 25-15 for Drummondville.

Twenty seconds into the final frame, the Sea Dogs went on the power play when Brandon Skubel was sent off for high sticking. Drummondville scored on a two on one rush as the penalty ended and William Dufour scored his second of the night.

Kale McCallum brought the Sea Dogs back within one with his fourth goal of the season, picking up the loose puck after Joshua Roy broke his stick on a shot attempt and sending it to the back of the net at 4:41.

After that, it was all Drummondville, who went on to score five straight unanswered goals to win the game 8-2.

Final shots were 42-30 for Drummondville.

The Sea Dogs will head to Bathurst to take on the Titan for the ninth and final time this season. Saint John has won seven of their eight matchups so far. Puck drop is at 7PM, follow the action as it happens at sjseadogs.com/live. 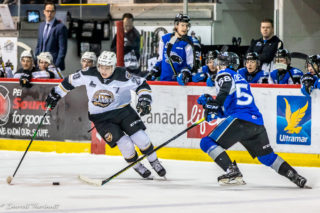