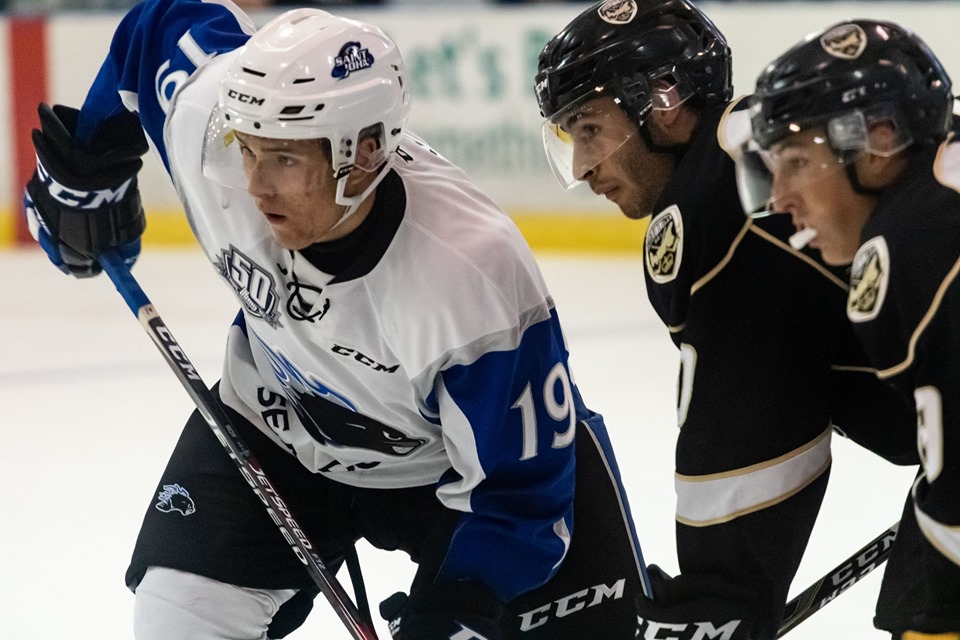 It was a chippy game early on in Charlottetown with both teams eager to set the tone for the upcoming season. Saint John got on the board five minutes in on an Alex Drover goal after he tapped in a rebound past Jacob Goobie.

Saint John took a 1-0 lead into the second period.

Brady burns scored his first of the pre-season with assists from Nicolas Guay and Jeremie Poirier just one minute into the second frame.

With under two minutes to go in the period recent free-agent acquisition Ben Badalamenti scored back-to-back goals, his first and second of the pre-season. Badalamenti, who hails from Harrison Township, Michigan played parts of last season with the Lincoln Stars of the USHL.

The Isles finally beat Patenaude with just one second to go in the period. Patenaude made 24 saves through the first two periods.

Charlottetown struck early in the third period on a goal from Noah Laaouan cutting the lead to two.

Saint John responded in a big way as goals came fast and furious from Dawson Stairs, Jeremie Poirier, and finally Brady Burns with his second of the night to make it 7-2 Saint John midway through the third.

Tempers flared late as Nicholas Deakin-Poot and Lukas Cormier instigated a scrum behind the Charlottetown bench. Drew Johnston came to Cormier’s rescue and he and Deakin-Poot would then go off for roughing.

Saint John peppered Jacob Goobie with 38 shots in the game. The final in Charlotteown, 7-2 Saint John.

Noah Patenaude had a strong game finishing with 31 saves. Burns and Badalamenti combined for six points.

Saint John returns to action tomorrow night against the Cape Breton Eagles at the Aitken Centre in Fredericton for their final pre-season game of the year. Puck drops at 7:00pm.