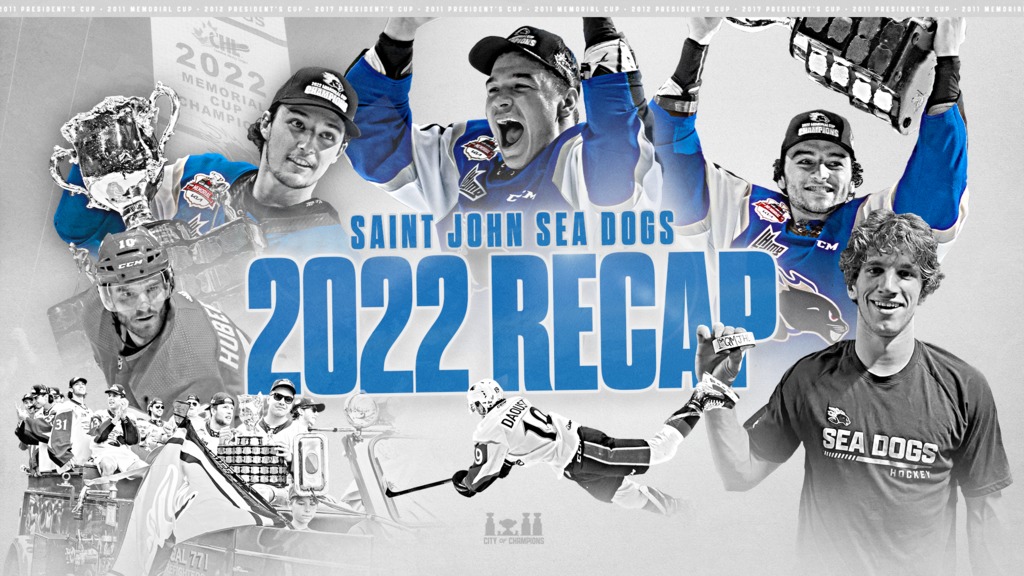 Our top 5 moments of 2022 video is up! Click the video below to relive the best moments of the last 12 months.

5. Broken Records: 2022 will be forever remembered for the team’s accomplishments, but the new individual records achieved by now Sea Dogs legends will stand for years to come.

4. Coach Mac: The man, the myth, the living legend. Following a disappointing early playoff exit, the Sea Dogs announced that Gardiner MacDougall would join the team as head coach for the Memorial Cup. No stranger to big time tournaments, the current and long-time coach of the UNB Reds Men’s Hockey team has 7 national championships and is a 2 time U Sports coach of the year, but until May had never coached in the CHL. Gardiner had less than a month to prepare the Sea Dogs to win a Memorial Cup. A challenge he was ready to take head on.

From the second the Saint John Sea Dogs began creating their bid to host the Memorial Cup, they had a clear vision – it’s going to be one big party. For 11 days the CHL’s premiere event took over the Port City and fans celebrated round the clock. Following a two year hiatus, the 2022 edition of the Memorial Cup proved that the wait was worth it, and it will be an event the City, the province and the entire country won’t soon forget.

2. Du-Four: It was the Sea Dogs taking on the Cataractes in an all QMJHL matchup with a trip to the finals on the line. Saint John had taken both of their regular season matchups early in the year, but these were now two entirely different teams with much greater stakes at play.

Shawinigan silenced the hometown crowd early jumping out to a 3-0 lead in the first period. Saint John desperately needed a spark, and they got one, in the form of Number 28, William Dufour. In a performance that will go down in Sea Dogs and Memorial Cup history, the QMJHL MVP scored three straight goals in a span of six minutes and thirty-six seconds in the second period to tie the game. But he wasn’t done there, scoring his fourth goal just two minutes into the third period to seal the game for Saint John and book their spot in the Memorial Cup final.

1. The Perfect Ending: What more can be said about the perfect ending that occurred at TD Station on June 29th, and was watched around the country. From the second the puck dropped it almost seemed inevitable as the Sea Dogs took control early over the Hamilton Bulldogs and never looked back. Captain Vincent Sevigny opened the scoring just two minutes 35 seconds into the game and the cheering never stopped. Peter Reynolds scored an empty net goal late in the third period and the perfect ending was forever written in the history books – the Sea Dogs were the 2022 Memorial Cup Champions.

The next day, in what felt like a dream, the team paraded the Memorial Cup down King Street to close out the most incredible season in franchise history and kick off a summer of celebrations.

365 days have come and gone but these moments won’t be forgotten! Did your top moment make the list? 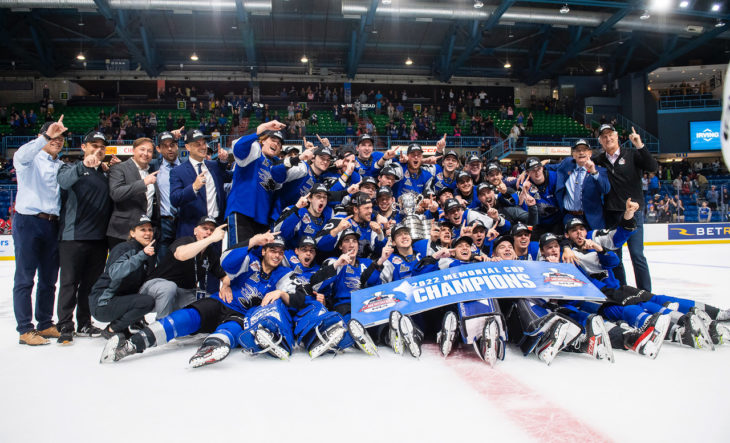