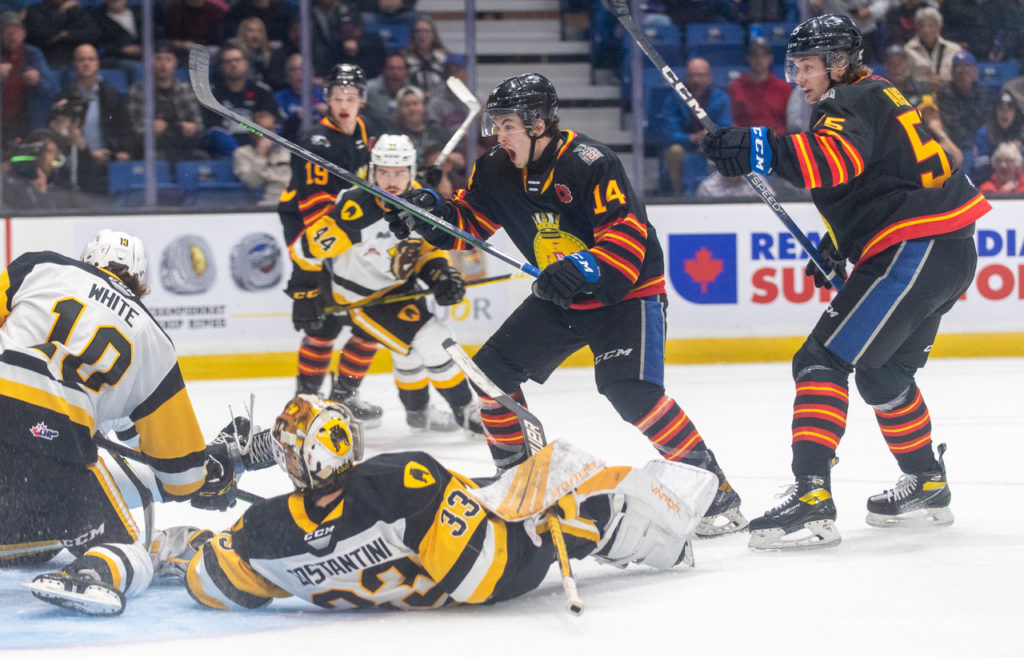 The Saint John Sea Dogs won the battle of the Dogs to kick off the 2022 Memorial Cup presented by Kia with a big win over the OHL Champion Hamilton Bulldogs. Yan Kuznetsov opened the scoring, ripping a shot to the back of the net 2:17 into the tournament. William Dufour, Ryan Francis, and Peter Reynolds got on the scoresheet in the 5-3 win in front of their home crowd.

Nikolas Hurtubise got the start for Saint John, stopping 17 of the Bulldogs 20 shots. Hamilton Bulldogs netminder Marco Costantini got the start, making 30 saves on 34 shots. 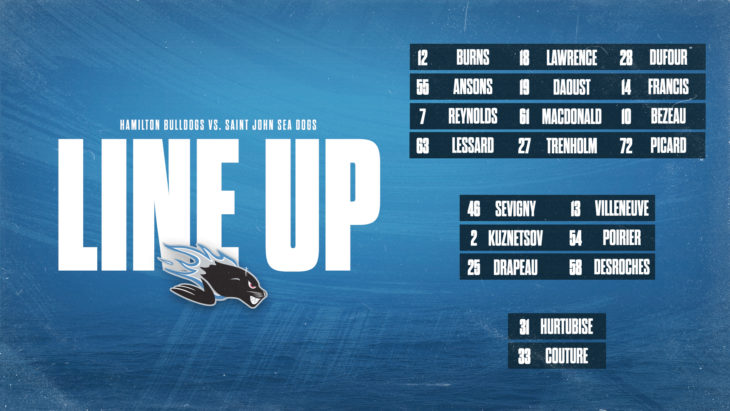 The Sea Dogs hit the ice hard from the first shift, scoring their first goal on the first shot, 2:17 into the game. Calgary Flames prospect Yan Kuznetsov fired a shot from the top of the faceoff circle, squeezing past the elbow of Bulldogs netminder Marco Constantini.

Hamilton tied it up with a power play goal from Ryan Winterton at 8:43 after a roughing call against Vincent Sévigny.

Before the first period was done, the Sea Dogs netted their second of the night. Pittsburgh Penguins prospect Ryan Francis stayed with the play, tucking in a loose puck off a shot attempt by Philippe Daoust at 16:31 to take a 2-1 lead over the OHL Champs into the second period.

Shots after the first were 13-8 for Saint John.

The Sea Dogs kept their momentum going into the next period, scoring two big goals.

A hooking call at 6:07 against Logan Morrison gave the Sea Dogs their first power play opportunity of the night, but it was killed successfully by the Bulldogs.

William Dufour, the QMJHLs 2021-22 MVP, did what he has done all season long and put the puck in the back of the net, tapping in a pass from Philippe Daoust at 10:50.

A big save from Nikolas Hurtubise sent play back into the Bulldogs and and Saint John took a 4-1 lead going into the final frame with a wrap around goal from Ryan Francis at 18:33.

Shots after the second were 31-14 for Saint John.

Jérémie Poirier was sent off on a holding call at 8:28 and the Bulldogs remained perfect on their powerplay, when Avery Hayes scored their second goal of the night at 10:06.

With 5:12 remaining in the game, Raivis Ansons and Nathan Staios were sent off with with roughing minors, sending play to 4-on-4 for two minutes. With 3:19 remaining, Hamilton pulled their goaltender to make it 4-3 and Ryan Winterton scored his second of the night and the Bulldogs’ third of the game.

The Bulldogs pulled their goaltender a second time, but this time Peter Reynolds broke into the zone with speed, scoring the Sea Dogs fifth and goal of the night.

The 2022 Memorial Cup presented by Kia continues tomorrow, when the QMJHL Champion Shawinigan Cataractes face off against the WHL’s Edmonton Oil Kings at 7 PM.

The Sea Dogs will return to the ice on Wednesday, June 22, at 7 PM, taking on the Edmonton Oil Kings.