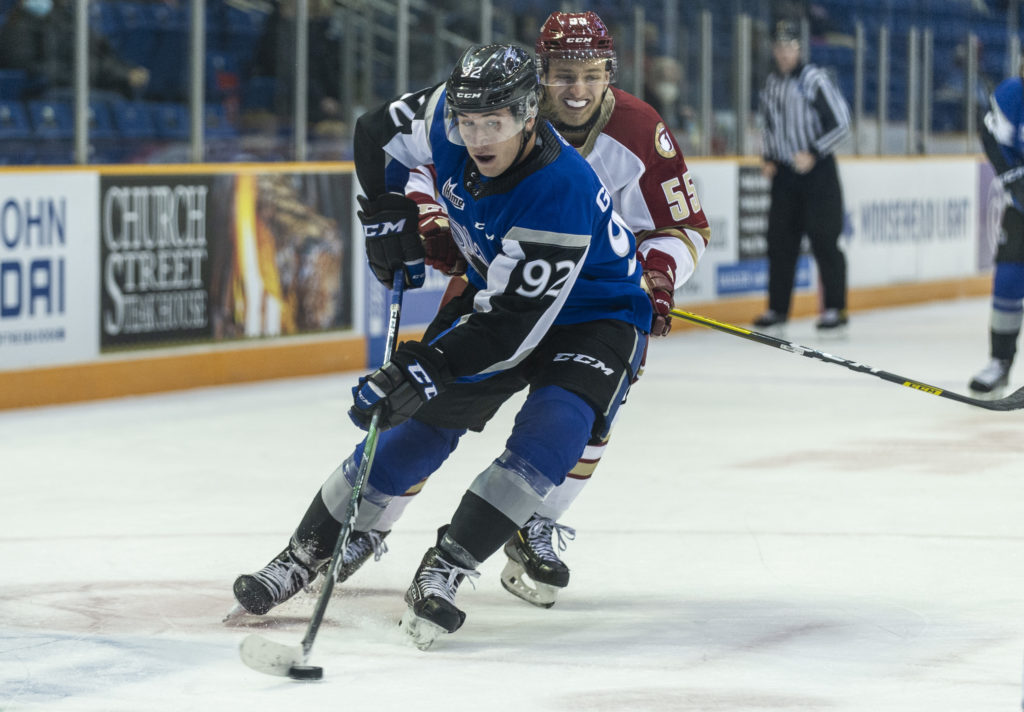 The Saint John Sea Dogs improved to 9-7-3-1 on Friday night with a 4-3 win over the Acadie-Bathurst Titan (10-7-1-1) at the K.C. Irving Regional Centre. Saint John and Acadie-Bathurst are now tied in the standings with 22 points each. The Sea Dogs were down 3-2 heading into the second before scoring late in the third to take the game. This was Saint John’s second straight win at the K.C. Irving Regional Centre after a 5-3 win on March 9th, their first game in over four months.

Zachary Emond started in goal for the Sea Dogs, his fourth start in five games. The Titan turned to Jan Bednar. 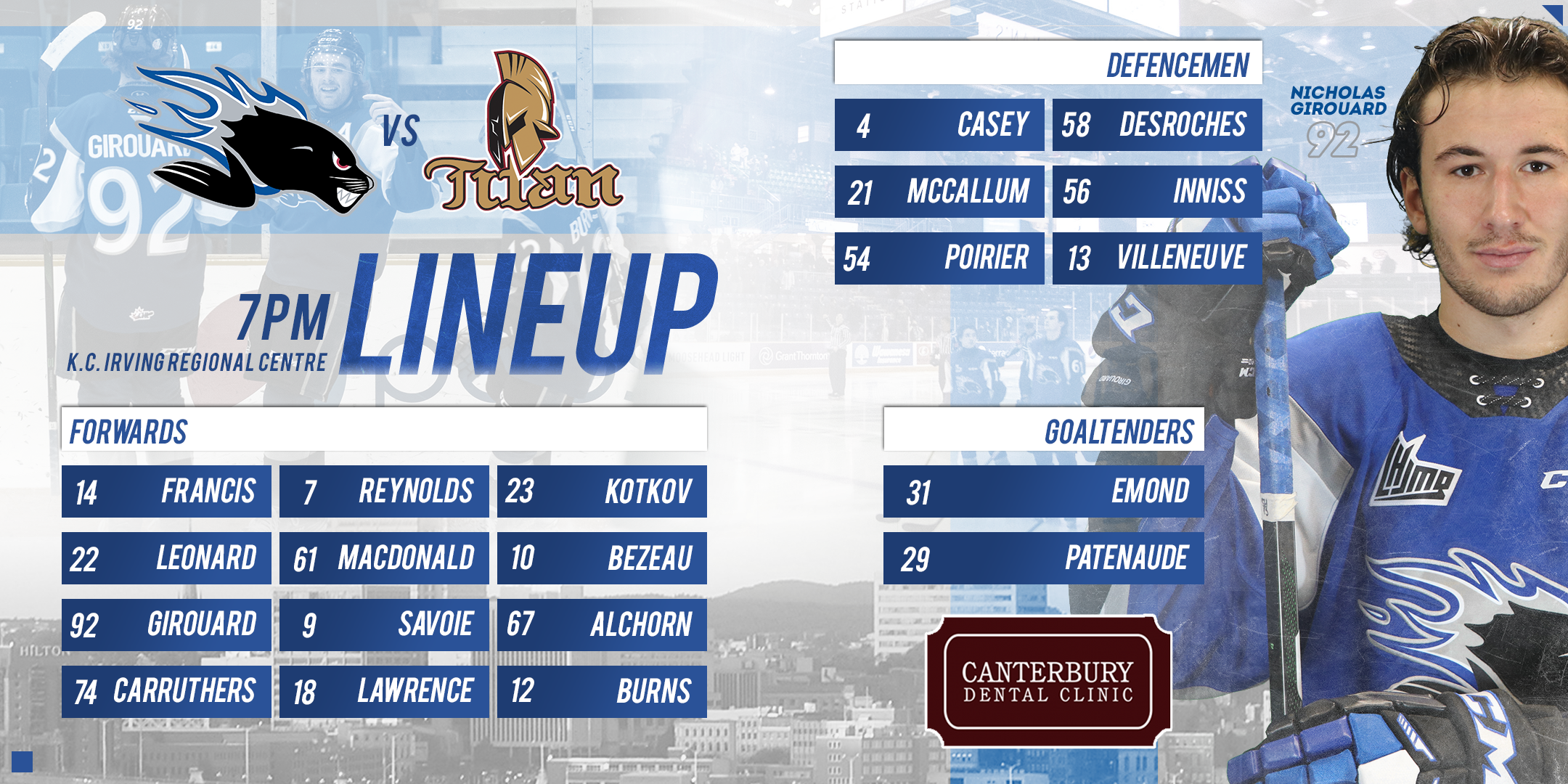 The Titan struck first when Bennett MacArthur scored on a one-timer from the slot at 2:12.

Leighton Carruthers responded with an impressive individual effort as he went end-to-end before releasing a low shot past Bednar for his second of the season.

The tie didn’t last long as Bennett MacArthur scored again for the Titan, this time a power play marker after Ryan Francis was called for high sticking.

At 13:28 Charles Savoie won the face-off in the Titan zone before driving the net and banking the puck off Bednar’s back and into the net for his third of the season.

Again, the tie was short-lived as David Doucet put the Titan back in front with under five minutes to play, capping off a five goal first period between the two teams. Shots were even, 14 all.

The Sea Dogs then took over control of the game starting in the second period.  Charlie DesRoches scored a power play goal at 14:14, knotting the game at 3-3. Saint John would go on to outshoot the Titan 18-11 in the period.

Saint John’s dominance continued in the third period as they held the Titan to just six shots on goal. Kale McCallum scored the go ahead goal and eventual game winner at 9:04. Zachary Alchorn had the primary assist on the goal, his first point as a Sea Dog.

Bednar was pulled from the Titan goal in the final minute of play, but the Saint John defence stymied the Acadie-Bathurst attack to hold on for the 4-3 win.

Emond finished with 28 saves for his third win since joining the Sea Dogs.

The Sea Dogs return to action on Sunday afternoon at TD Station when they face off against the Moncton Wildcats at 3pm. Fans can use their tickets from January 23rd, 2021 for the game. Terrapure Bubble Packs are available for the game in sets of 2, 4 or 6 at the TD Station Box Office.