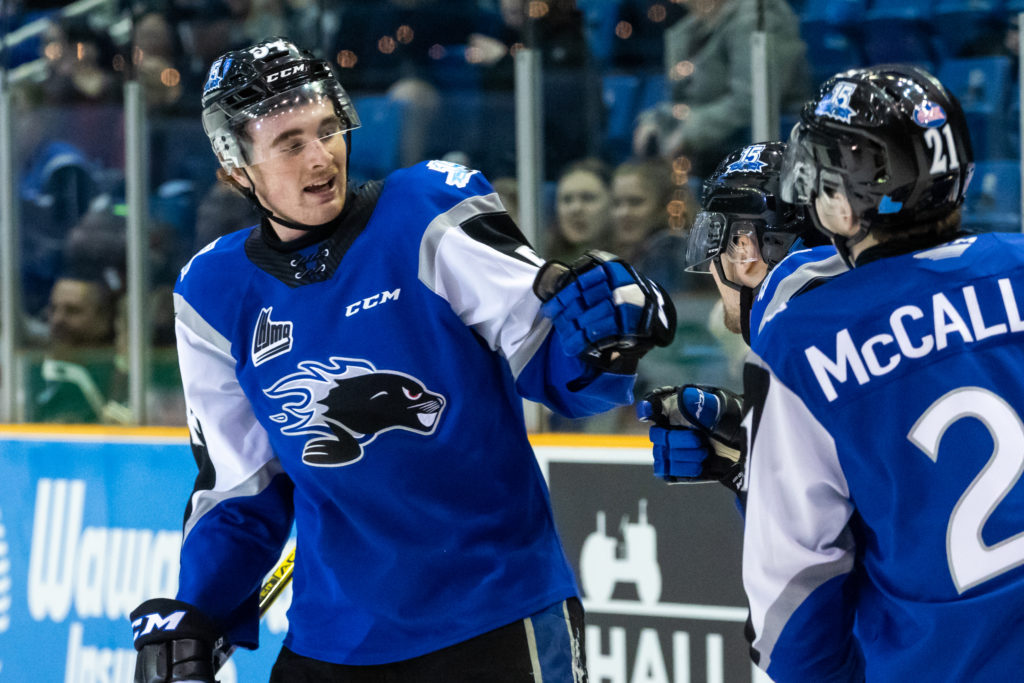 The Saint John Sea Dogs (23-26-1-0) defeated the Chicoutimi Saguenéens (33-9-4-1) in the shootout in their third game of their Quebec road trip. Goals from Josh Lawrence, Charlie DesRoches, Jérémie Poirier, and Brady Burns in regulation, combined with an outstanding performance by Zachary Bouthillier in the shootout for the win on Friday evening.

Before the game, Zachary Bouthillier took the ceremonial faceoff in his return to Chicoutimi to face off against his former team. Bouthillier got the start in net, stopping 45 of 49 shots and all three of the shooters he faced in the shootout.

Chicoutimi struck first with a goal from recent trade acquisition Dawson Mercer 2:17 into the period.

The Sea Dogs took the first penalty of the game at 3:42 when Brady Burns was sent off for slashing.

Chicoutimi’s Justin Ducharme scored increased his team’s lead to two with a goal at 6:14.

Anderson MacDonald was sent to the box for interference at 17:26.

Some shoving behind Bouthillier’s net resulted in roughing minors to Charlie DesRoches and Félix Bibeau at 18:15. Bibeau received an additional high-sticking penalty on the play and play went briefly to four-on-four before the Sea Dogs got their first power play of the game.

Shots at the end of the first were 15-8 for Chicoutimi.

The Sea Dogs cut the lead to one when Matt Gould cut in front of the net and left the puck for Josh Lawrence, who picked it up and tapped it in 2:21 into the period.

The game intensified and the rest of the period saw 11 penalties called, starting at 4:48 when Ben Badalamenti was sent off for two minutes for holding and Jérémie Poirier received a misconduct for unsportsmanlike conduct.

Two quick penalties to Chicoutimi, Tristan Pelletier at 8:50 and Gabriel Villeneuve at 9:11, gave the Sea Dogs a two-man advantage.

The physicality continued to the end of the period. Nicholas Deakin-Poot and Justin Ducharme got two minutes each for roughing at 18:37.

Jeffrey Durocher and Félix Bibeau dropped the gloves with 34 seconds remaining in the period, both players also received two minutes for slashing.

Shots after two periods were 29-15 for Chicoutimi.

The Sea Dogs’ power play unit came out when Félix-Antotine Marcotty was sent off for hooking 35 seconds into the period. Charlie DesRoches tied the game 1:51 into the period picking up a drop pass from Joshua Roy and sending a shot from the blue line past the Chicoutimi netminder.

They struck again quickly, taking the lead 29 seconds later, when a shot by Jérémie Poirier found the back of the net, scoring his 16th goal of the season and passing the franchise record for goals by a defenceman in a single season.

Artemi Kniazev was sent off for boarding after a hit to Nicholas Deakin-Poot at 4:35.

The game was tied up again at 9:23 with a goal from Xavier Labrecque.

A hooking penalty to Charlie DesRoches sent the Sea Dogs to the penalty kill at 9:34. An interference penalty to Jordan Spadafore at 10:52 sent the Saguenéens to the two-man advantage.

Brady Burns gave the Sea Dogs the lead with 3:10 remaining, receiving a pass from Jordan Spadafore and sending the puck into the net on his backhand.

The Saguenéens pulled their goaltender and scored their game tying fourth goal with three seconds remaining in the period, sending the game to overtime.

A fantastic save by Bouthillier on a three-on-one kept the Sea Dogs in the game and the game went to a shootout.

A goal from Brady Burns was enough for the win in the shootout as Bouthillier stopped all three attempts by Chicoutimi.

Shots at the end of the game were 49-20 for Chicoutimi.

The Sea Dogs will finish their Quebec road trip tomorrow, February 1st, against the Baie-Comeau Drakkar. Puck drop is at 5PM, follow the game live at sjseadogs.com/live. 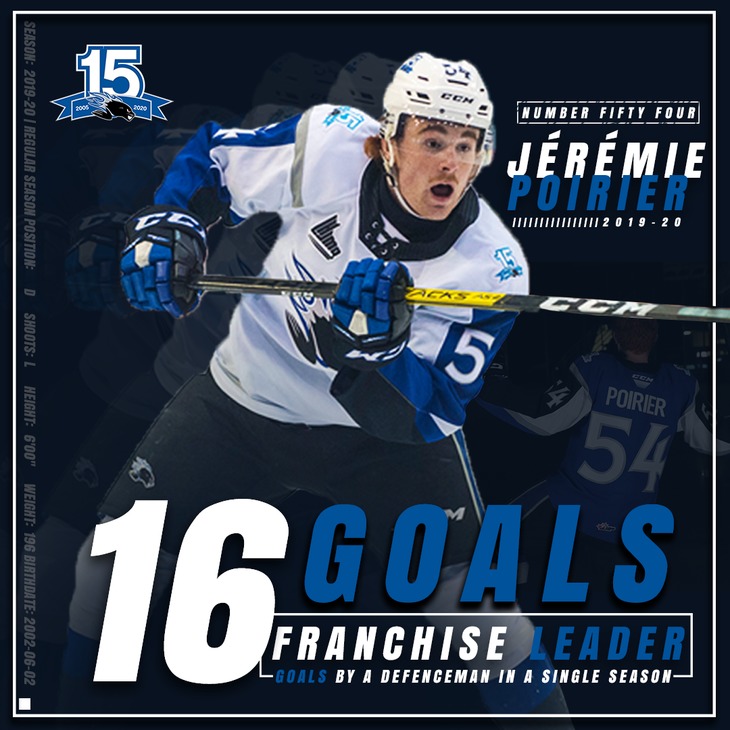