MENU
In response to the suspension of the season by the QMJHL, the Sea Dogs office will be closed until further notice. Please see the below announcement re: existing tickets and flex vouchers. Please hold on to any unused tickets. For questions/information please contact info@saintjohnseadogs.com We thank you for your patience and understanding as we continue to work through this.
October 9, 2019 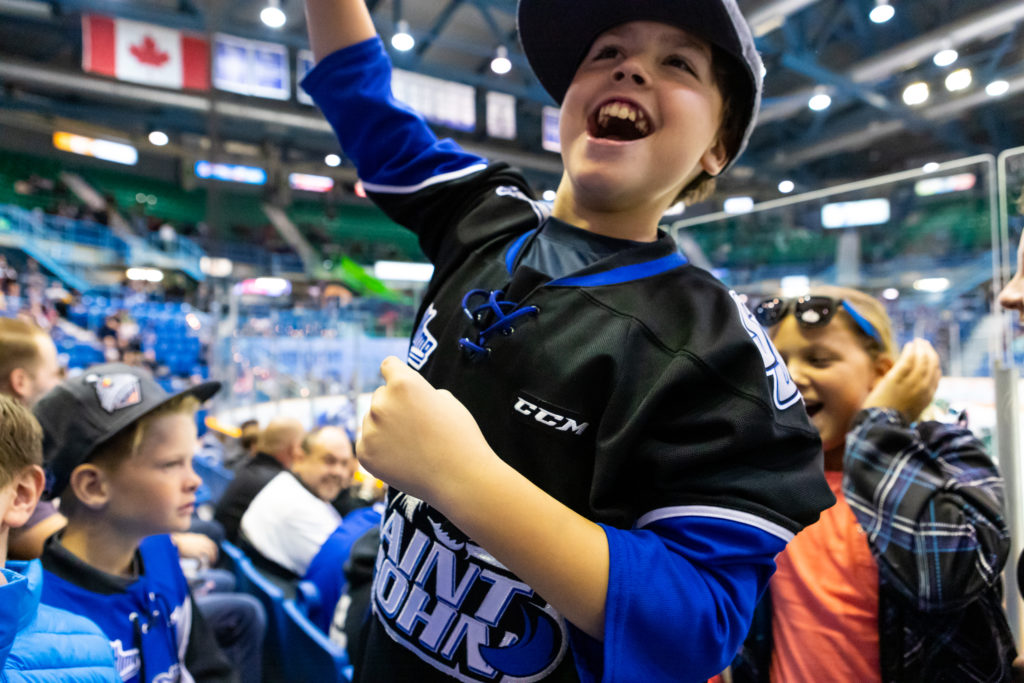 It’s a full slate of action for your Saint John Sea Dogs (3-4-0-0) this Thanksgiving weekend.

Thursday night we visit the Halifax Mooseheads (3-4-0-0) at 7PM. Saint John and Halifax are currently tied in the standings, having met once already in the 2019-20 season. On opening night at TD Station the Sea Dogs defeated the Mooseheads 4-3. Halifax may have a few changes in their line-up compared to opening night as Alexis Gravel (G), Cameron Whynot (D), Jeff Burridge (F) and Cole Foston (F) are currently listed as day-to-day with injuries. Benoit Olivier-Groulx has returned to the Halifax line-up after signing an entry level contract with the Anaheim Ducks.

On Friday night we return home for a 7PM start against the Val-d’Or Foreurs (1-4-2-0). After winning their opening game of the season the Foreurs have lost six in a row heading into a three game road trip beginning in Saint John. Friday’s game is also a special Irving Oil Fuel the Care night with the Saint John Sea Dogs – a night to give back to local families while supporting the home team! Use online discount code FUELTHECARE for $5 off, and $5 from every ticket will support the Saint John Regional Hospital Foundation. Tickets can be purchased online here.

Saint John heads to Moncton on Sunday to take on the Wildcats (5-2-0-0) at 4PM. Saint John is 1-0-0-0 against the Wildcats this season after a 4-3 win at home back on September 21st. Moncton has bolstered their lineup since then with the return of scoring forward Jeremy McKenna and the signing of Swedish defenceman, Axel Andersson.

The Sea Dogs power play has had an impressive start to the season contributing eight goals in their first seven games. Their 26.7% success rate with the man advantage is third best in the QMJHL.

Jérémie Poirier has been busy proving himself as one of the league’s elite offensive defencemen. The 6’00” blueliner has eight points in seven games, the third highest point total by a defender in the QMJHL. Not far behind Poirier is teammate Charlie DesRoches who has seven points placing him seventh in points by a defenceman. Poirier, DesRoches and William Villeneuve were all listed in the NHL Central Scouting’s “Players to Watch” list released on Monday. Poirier received an ‘A’ rating indicating a potential first round candidate. DesRoches and Villeneuve received ‘C’ ratings.

New Brunswick’s own Dawson Stairs is off to a solid start in his first full season with the Sea Dogs. Stairs is seventh overall in the QMJHL for points by a rookie. The skilled forward also cracked the NHL Central Scouting “Players to Watch” list joined by fellow Fredericton native Josh Lawrence. Both Sea Dogs forwards received ‘C’ ratings.

Overager Nicholas Deakin-Poot has found a scoring touch early in the season notching six goals in his first seven games. The 6’4″ forward has points in five straight games, a career high. He currently sits sixth overall in the league for goals.