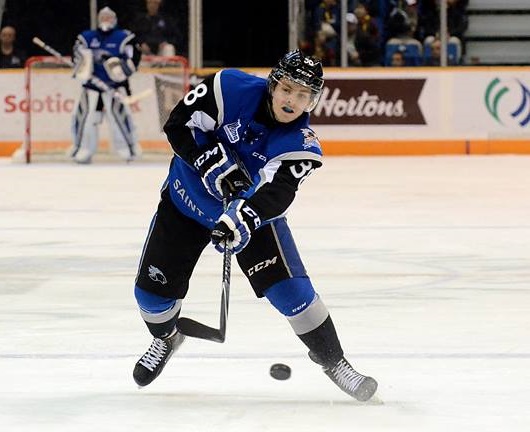 The Czech blueliner rifled a wrist shot from the right point that beat Foreurs’ goalie Keven Bouchard over his blocker, allowing the Sea Dogs to sweep their three-games-in-three-days weekend.

Goalie Alex Bishop made 27 saves for his first career QMJHL win in his first-ever start.

Anthony Richard buried a hat trick for Val-d’Or (13-15-2-3), while Anthony Beauregard added one.

Beauregard opened the scoring seven-and-a-half minutes into the game when he was found alone in front of the Saint John net. The 19-year-old forward deked to his backhand and tucked the puck through the legs of Bishop.

Julien Tessier spotted Joseph in the left circle, and the second-year winger snapped a shot past Bouchard’s blocker to tie the game.

Teddy bears rained down on the ice on Teddy Bear Toss day, creating a brief delay. Still, Saint John took the lead just over a minute after Joseph’s goal.

Spencer Smallman found Marsh with a stretch pass through the neutral zone. The Chicago-native raced in alone and beat Bouchard over his blocker.

There was only one goal in the second period, and it came with the teams skating 4-on-4.

Bateman sent a low shot from the right point that got through Bouchard’s legs to give the Sea Dogs a 3-1 lead, an advantage they would carry into the third period.

But Val-d’Or were not ready to concede defeat.

Richard scored his first goal of the night 1:19 into the third, picking up a loose puck to Bishop’s left and rifling it under the cross bar.

He struck again four minutes later when Aube-Kubel fired a long pass through the middle to the 17-year-old, who broke in and beat Bishop with a shot past his blocker.

Saint John regained the lead on a power play with under nine minutes left.

A scramble in front of the net saw Del Paggio’s initial shot stopped, but he pounded the rebound off the left post and just across the goal line.

The 4-3 advantage looked like it would hold up, but Richard completed his hat trick with only six seconds left in regulation time.

With the Foreurs net empty and a sixth attacker on the ice, Richard whistled a wrist shot from the top of the right circle that got over Bishop’s glove, setting the stage for overtime and Zboril’s winning goal.

Bouchard made 33 saves for Val-d’Or in the loss.

Nathan Noel, who had two assists and four shots on goal, was named the game’s first star while Richard’s hat trick and eight shots garnered a second-star selection. Bateman got third star with a goal and four shots in front of 3,084 fans in attendance.

Saint John’s next game is Wednesday, December 10th, at 8 p.m. against the Victoriaville Tigres at Colisee Desjardins. Listen LIVE on 96.1 NewSong FM or online at newsongfm.ca. Watch LIVE on QMJHL Live (fee applies).

The Sea Dogs’ next home game is Thursday, December 18th, at 7 p.m. against the Acadie-Bathurst Titan. Tickets are available at the Harbour Station Box Office, online at harbourstation.ca or by calling 657-1234. 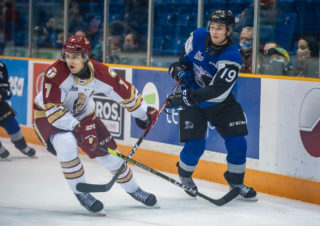 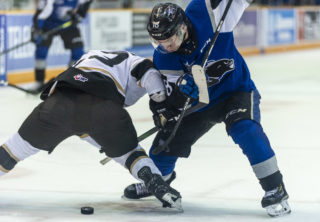 Reynolds Scores Lone Goal in Loss To Isles
2 days ago