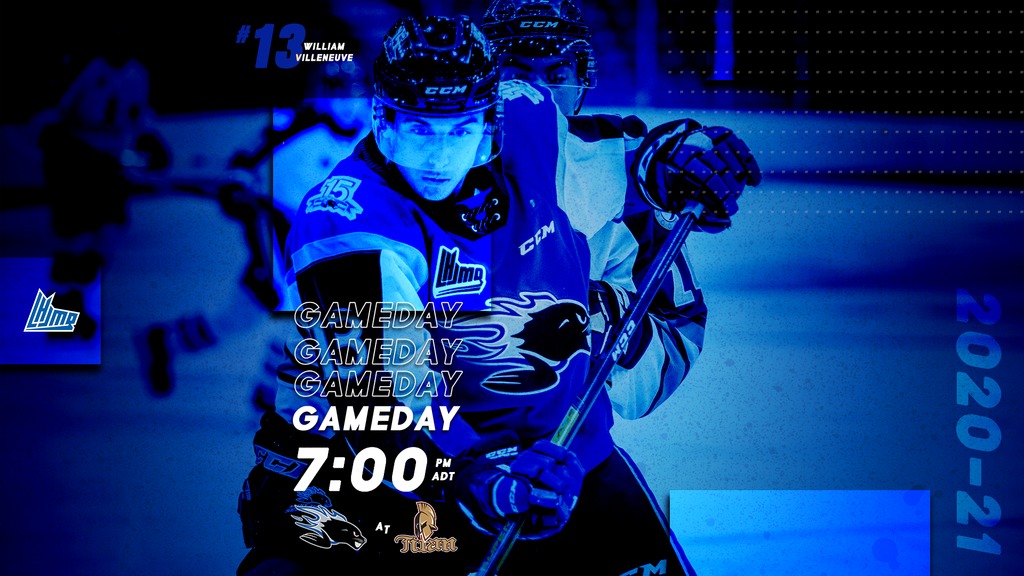 The Saint John Sea Dogs open the 2020-21 regular season on the road tonight in Acadie-Bathurst at the K.C. Irving Regional Centre at 7:00PM.

This will be the regular season debut for several Sea Dogs including Head Coach, Greg Gilbert. Gilbert, a former 3-time Stanley Cup champion as a player, has 20 years of Head Coaching experience, including 189 games coached in the NHL with the Calgary Flames. Gilbert began the 2000-2001 season with the Flames as an Assistant before taking over Head Coach duties. In junior hockey, Gilbert spent a total of eight seasons as Head Coach in the Ontario Hockey League (OHL), three seasons with the Mississauga IceDogs (2003-2006) and five seasons with the Saginaw Spirit (2011-2016). He received OHL Coach of the Year honours in 2012.

On the ice, fans will see the debuts of 2003-born NCAA decommits Peter Reynolds and Cam MacDonald who both signed with the team this summer. Reynolds tallied five points in seven pre-season games while MacDonald tied for the team lead in goals and led all rookies league wide with four. Alex Drover led all Sea Dogs skaters in pre-season scoring with eight points (two goals and six assists).

Four veterans will also wear Sea Dogs blue for the first time when (D) Christopher Inniss, (F) Nicholas Girouard, (F) Liam Leonard and (G) Creed Jones take the ice for the first time since being acquired via multiple trades this off-season. From Peterborough, ON, Jones split last season between the Gatineau Olympiques and the Oceanic. In 32 appearances he posted a league’s sixth best goals against average of 2.80. His .904 save percentage was equal to Oceanic goaltending teammate, Colten Ellis. Listed at 6’2”, he appeared in 12 games with Rimouski, finishing with a record of 9-2-0-0.

Saint John finished pre-season play with a 3-2-1-1 record while scoring a league high 28 goals. Their average of 36.87 shots per game was also tops in the QMJHL. The Sea Dogs and Titan split their pair of games in the beginning of the pre-season, Saint John outscored Acadie-Bathurst by a combined 12-10.  Saint John had picked up where they left off in the 2019-20 season where they finished 7-1-0-0 against the Titan.

Fans will be able to listen along to tonight’s game, as well as the entire regular season, on Sea Dogs Radio Presented By TD on CFBC 930 AM or online here. Tonight’s game will also be broadcast locally on Rogers TV with an additional paid webcast available through QMJHL Live.

The Sea Dogs will return home following tonight’s game to prepare for their home opener at TD Station on Saturday night at 7:00pm against the Charlottetown Islanders. A limited amount of single game ticketing options are available for that game here.