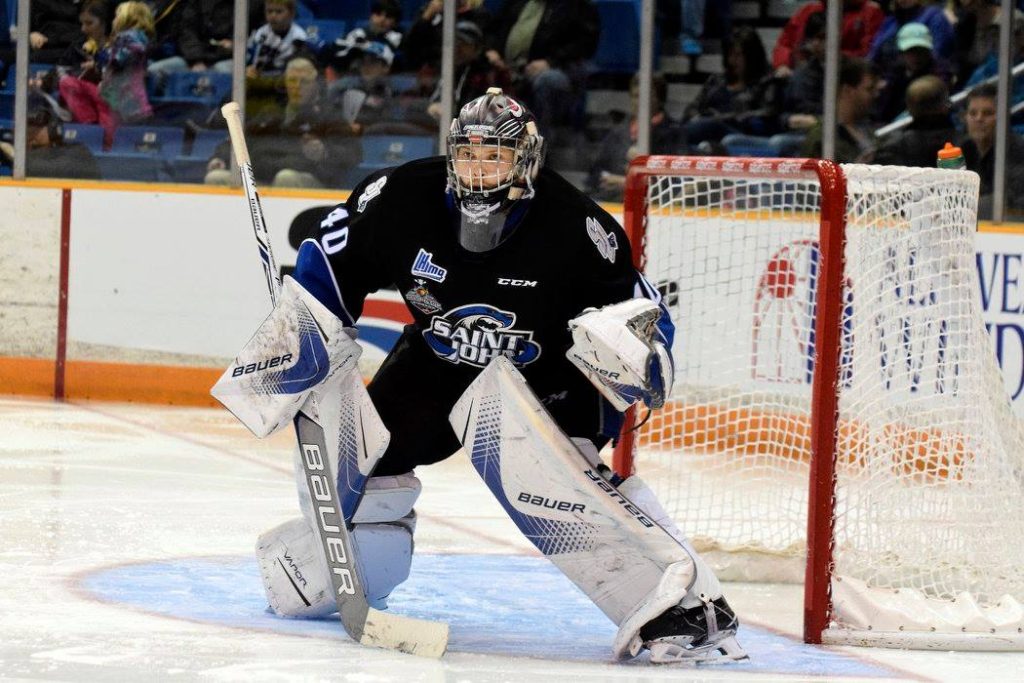 The Sea Dogs have a 3-0 lead in the best-of-seven QMJHL championship series.

There was no scoring through the opening twenty minutes, but the period was not without chances.

With under ten minutes, Saint John defenceman Thomas Chabot took a pass on the left side of the slot and rifled a wrist shot past the glove of goalie Samuel Montembeault, but wide of the net.

Kyle Ward also fired a quick wrist shot from the front of the crease that went off the goaltender’s forearm and missed the goal.

The Armada thought they had scored with about two minutes left in the period when the puck was played to the side of the Saint John goal. Booth had it covered with his left leg, but the leg and puck were pushed across the goal line. The potential score was immediately waived off by the referee in the Saint John zone.

Dove-McFalls opened the scoring more than twelve minutes into the second period, moments after the Sea Dogs had killed a penalty.

Chabot launched an airborne pass to Mathieu Joseph in the neutral zone, and he carried it into Armada territory on the right wing. He stopped near the top of the circle and fed a streaking Dove-McFalls, who ripped a wrist shot past Montembeault’s glove.

Seven minutes into the third period, Blainville-Boisbriand forward Miguel Picard beat Booth with a shot from the slot, but the puck hit the left post and bounced wide.

The Armada pulled Montembeault with under two minutes remaining, but could not score.

The empty-net goal came with 15.9 seconds left in the game, after a scramble near the Saint John net.

An errant pass came to Highmore at the blueline. He lost his footing, but Dove-McFalls took the puck to the red line and bounced it into an empty net.

Booth’s 22 saves gave him the win and second star. Montembeault was named third star with 17 stops.

Chabot snared first star with one assist and a +2 rating in front of a sellout crowd of 3,500 in attendance.