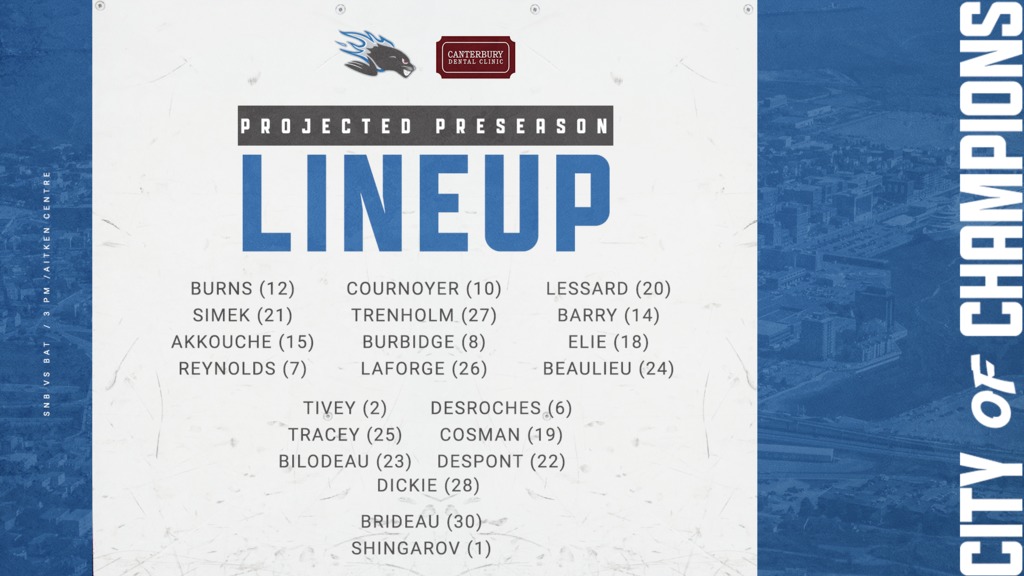 It was a high-scoring affair for the Saint John Sea Dogs and the Acadie-Bathurst Titan in Fredericton on Sunday. With 54 penalty minutes between the two teams, the special teams came out to play in the second to last preseason game for the Port City team. Charlie DesRoches and Brady Burns scored twice, while Cole Burbidge, Vince Elie, Marshall Lessard, and Nicolas Bilodeau also found the back of the net in the 8-6 win.

Olivier Brideau got the start in net for the Sea Dogs, making 26 saves on 32 shots. Sergei Litonov started for the Titan, allowing 4 goals on 24 shots before being replaced by Jack Howatt, who allowed 3 goals on 13 shots.

Cole Burbidge opened the scoring early for the Sea Dogs, getting on the board only 3:07 into the game.

The Titan’s Blake Pilgrim-Edwards was sent off at 12:01 for hooking, sending the Sea Dogs to their first power play of the night. Marshall Lessard capitalized on the opportunity and gave the Sea Dogs a 2 goal lead going into the second period.

Shots after the first period were 19-6 for Saint John.

Early in the second, the Titan got two more penalties, a tripping minor to Philippe Collette and a high sticking double minor to Blake Pilgrim-Edwards. The Sea Dogs scored on both opportunities, Charlie DesRoches at 4:49 and Brady Burns at 6:25, to go up 4-0.

At 10:07, Vincent Despont and Matthew McRae dropped the gloves. Despont received an additional instigator minor and a misconduct for the fight. Riley Kidney scored the Titan’s first of the night on the power play.

At 14:52 the Titan scored on another power play opportunity, when Ben Allison found the back of the net.

Two goals from the Sea Dogs, Nicolas Bilodeau’s first of the preseason at 16:46 and Brady Burns on the power play with five seconds remaining rounded out the period with the Sea Dogs leading 6-2.

Shots after the second were 31-15 for Saint John.

Ben Allison, Matthew McRae, and Markas Samenas scored three straight for the Titan to begin the final period, bringing them within one with nine minutes left on the scoreclock.

At 11:50, Vince Elie scored to increase the Sea Dogs lead to two. Three minutes later, the Titan brought it within one on a power play opportunity.

With 16 seconds left on the scoreclock, Charlie DesRoches scored his second of the night, an empty net goal, to seal the deal on the Sea Dogs win.

The Sea Dogs will play their next and final preseason game on Sunday, September 18, in Bathurst, before opening the regular season at home on September 24.