STAIRS SCORES PAIR IN FIRST LOSS OF THE YEAR 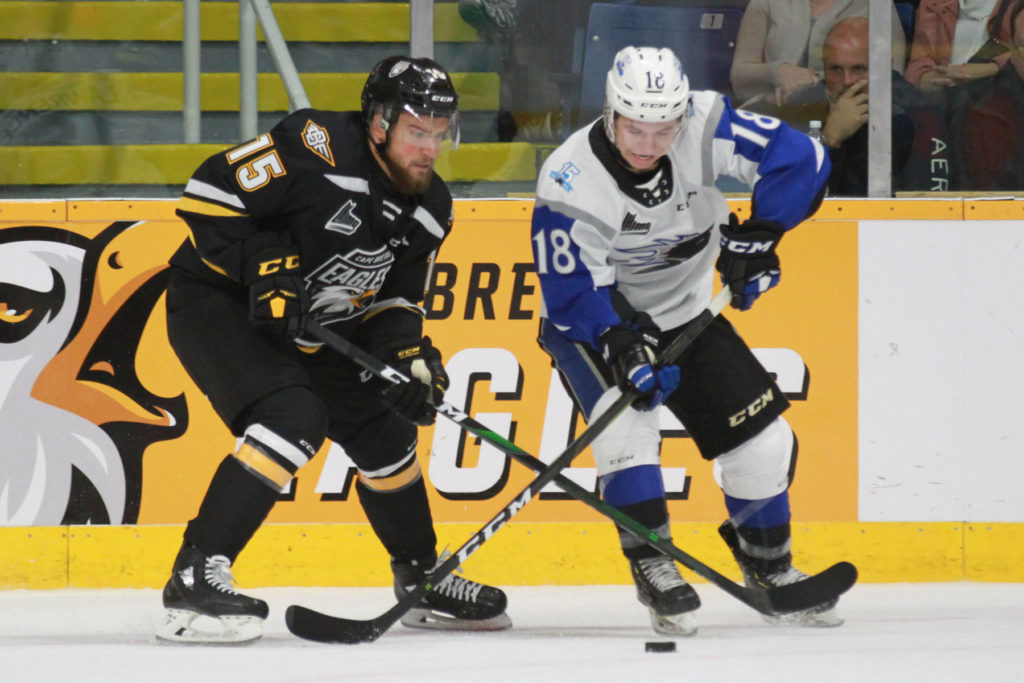 The Saint John Sea Dogs led early on Saturday night but couldn’t hold on against the top ranked Cape Breton Eagles. Cape Breton celebrated their home opener at Centre 200 and the launch of their first season under their new Eagles name. Saint John drops to 2-1-0-0 on the season while Cape Breton stays a perfect 3-0-0-0.

New Brunswicker Dawson Stairs opened the scoring in the first period with his second of the year at 7:40. Captain Nicolas Guay added the assist on the goal.

Saint John killed off a William Villeneuve high sticking penalty at 10:12 to keep the lead intact.

The Eagles held a 14-6 shots on goal lead heading into the second period.

The Sea Dogs came out firing in the second period adding four goals in 20 minutes.

Aiden MacIntosh scored his first of the year to make it 2-0 at 2:37, a short handed goal.

Three minutes later Dawson Stairs scored his second of the game and third of the year on the power play. Fellow 17-year-olds Josh Lawrence and William Villeneuve added the assists.

Less than a minute later Ben Badalamenti scored his second of the season to make it 4-0 Saint John. The newly acquired Badalamenti is off to a hot start in his first season with Saint John.

Kevin Grimard would come in to replace Kevin Mandolese in net for Cape Breton.

The Dogs kept rolling as overage forward Nicholas Deakin-Poot scored his second of the season to make it 5-0 Sea Dogs.

And then the tides turned.

At 11:50 Aiden MacIntosh and Kyle Havlena dropped the gloves with several other players getting involved, this aggression seemed to spark the Eagles.

At 13:08 Ryan Francis got the Eagles on the board. A minute later Felix Lafrance made it 5-2.

The momentum shift continued as Liam Kidney made it three in a row before the end of the second to close the gap to two goals.

Shots on goal favored the Eagles, 20-7 in the period.

The Eagles capitalized again at 11:13 of the third on Derek Gentile’s first of the season.

Saint John had a late power play after Adam McCormick went off for tripping but couldn’t beat Grimard.

With 90 second to go in the game the unthinkable happened as overager Shawn Boudrias completed the come back on a feed from Egor Sokolov. The final in Sydney, 6-5 Eagles.

Bouthiller finished with 48 saves on the night, Grimard had 10 in relief.

These two teams meet again at 4PM Sunday afternoon. Listen for the call at sjseadogs.com/live 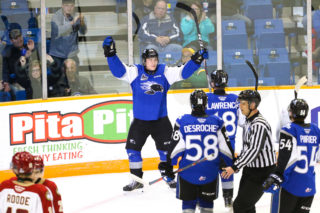 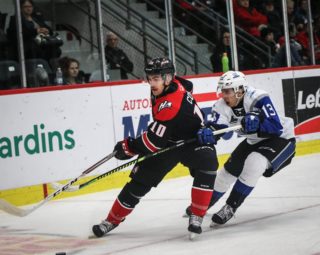 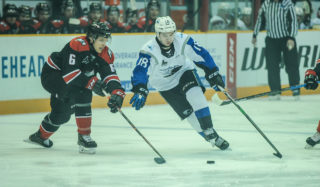 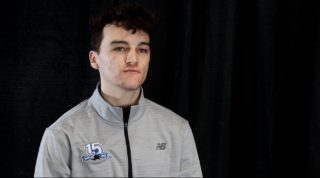 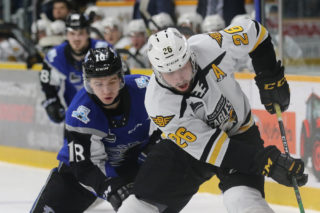 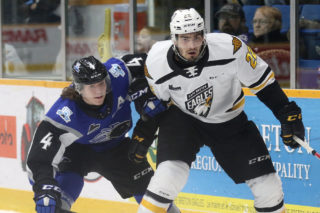