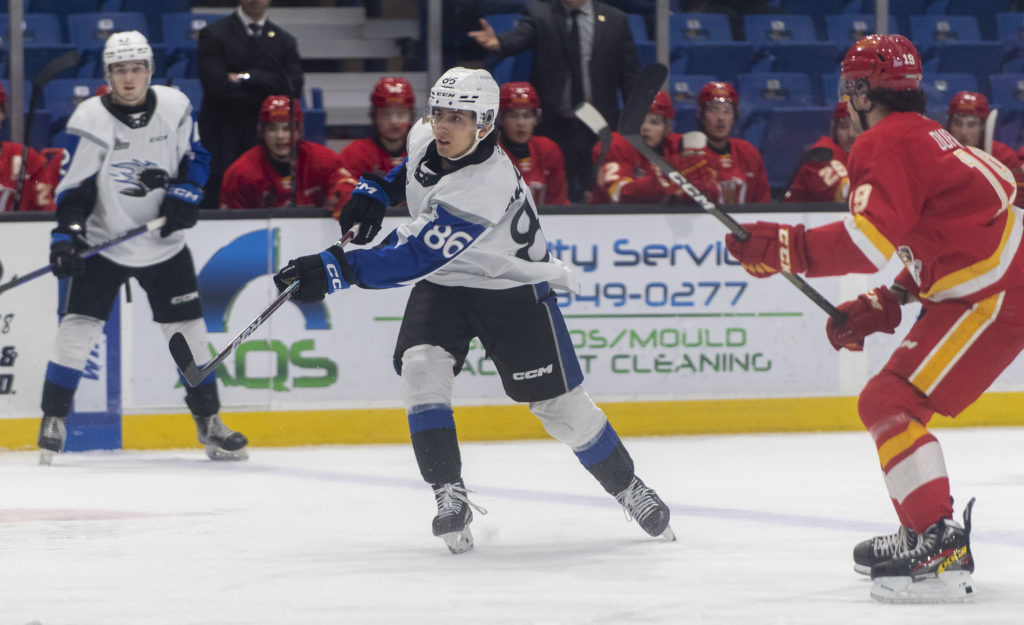 Charles-Antoine Dumont led the Baie-Comeau Drakkar (16-21-3-1) with a pair of goals, including the game-winner, in a 5-3 win over the Saint John Sea Dogs (13-24-1-1) on Thursday night. Danny Akkouche had his best game of the season, getting in on every Sea Dogs goal and leading the team with a goal and two assists, on goals by Peter Reynolds and Alexis Cournoyer.

Niks Fenenko, Isaac Dufort and Felix Gagnon each added two assists a piece for the Drakkar.

Olivier Ciarlo stopped 20 shots for Baie-Comeau to pick up the win while Ventsislav Shingarov made 36 saves in net for Saint John. 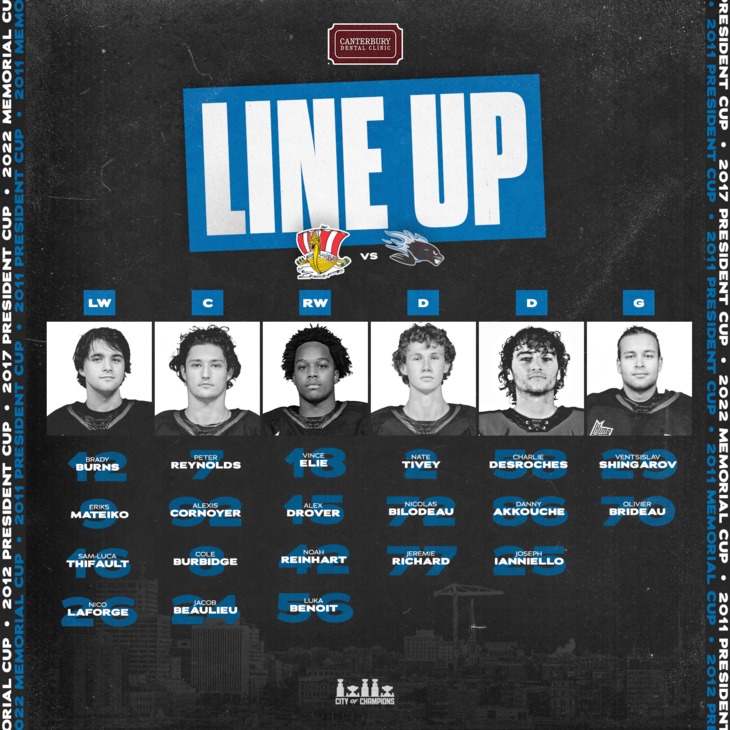 Noah Reinhart had the games first chance just over two minutes in, receiving a pass off the rush right in front of Ciarlo, but he could not beat the Drakkar goaltender.

Charles-Thomas Larochelle opened the scoring a minute and a half later, getting a pass out of the corner from Gagnon for a quick shot from the left faceoff circle that beat Shingarov to put Baie-Comeau up 1-0.

Brady Burns and Vince Elie came close to answering just over a minute later, working a give-and-go set of passes on a 2-on-1 that Elie pulled the trigger on but Ciarlo came across with a diving save.

Just over four minutes later, the Sea Dogs got on the board with Burns finding Peter Reynolds with a pass past four Baie-Comeau players, leaving Reynolds all alone against Ciarlo and he made no mistake to tie the game 1-1.

With under five minutes left in the second, the Sea Dogs made a series of nice passes, with the puck eventually ending up on Alex Drover’s stick in the slot, but he could not find the back of the net past Ciarlo.

The Drakkar immediately went the other way and created a dangerous chance of their own but Shingarov made a great pad save on a cross-ice one timer from Matthew Lassard.

Saint John went back the other way again and Eriks Mateiko took a shot that leaked through into the crease behind Ciarlo and Akkouche pounced on it, putting it across the line for a 2-1 Sea Dogs lead heading into first intermission.

Shots after the first period were 15-11 for Baie-Comeau.

Just under three minutes into the second, the Sea Dogs caught the Drakkar on a 3-on-1 that Cole Burbidge took the shot on, but Ciarlo made the stop.

A minute and a half later, Fenenko put a shot through traffic that Shingarov stopped but Dumont was all over the rebound, putting the puck home to tie the game 2-2.

The Sea Dogs restored their lead just 2:15 later as Drover found Alexis Cournoyer in front who put a backhander past Ciarlo to make it 3-2.

Just over the halfway mark of the second, Baie-Comeau responded with Louis-Charles Plourde getting in behind the Sea Dogs defense for a breakaway. He was stopped by Shingarov but a trailing Marc-Antoine Seguin put home the rebound to tie the game once again 3-3.

Elie was sprung on a breakaway with under three and a half minutes to go in the period, but neither he nor Burns, who followed up with two dangerous shots of his own, could get the puck past Ciarlo, leaving the two teams tied after 40 minutes.

Shots after the second were 28-18 for Baie-Comeau.

52 seconds into the third, Dufort connected with Dumont for a perfectly executed 2-on-1 for Dumont’s second of the night, putting Baie-Comeau in front 4-3.

Just over three and a half minutes later, Justin Poirier and Charles-Antoine Lavallee broke in on a 2-on-1 that Poirier was stopped on initially but he buried his own rebound to give the Drakkar a 5-3 lead.

Baie-Comeau held the Sea Dogs without a shot for the first 8:25 of the third and only allowed five total in the final frame to secure the win.

Final shots in the game were 41-23 for Baie-Comeau.

The Sea Dogs finish their road trip on Saturday, January 14th when they visit the Rimouski Oceanic. Puck drop is at 5pm AST and you can listen to the game with Sea Dogs Radio presented by TD at CFBC 930 AM or watch at watch.chl.ca.

The Sea Dogs next home game is on Wednesday, January 18th when they host the Shawinigan Cataractes at TD Station for the first time since the Memorial Cup. Puck drop is at 7pm and tickets are available at the TD Station Box Office and online.