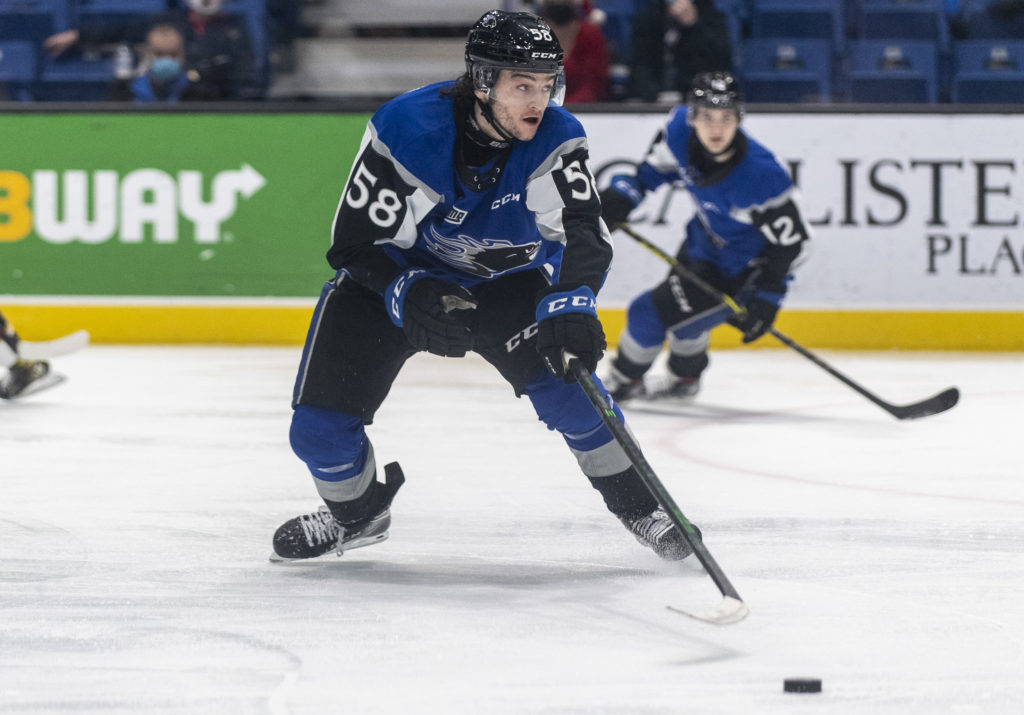 The Saint John Sea Dogs (15-10-0-3) topped the Val d’Or Foreurs (11-15-2-0) in their second meeting of the season at TD Station on Sunday. Yan Kuzetsov scored his first goal for the Sea Dogs, Charlie DesRoches hit the back of the net twice, Jacob Chantler, Nico Laforge, and Jeremie Poirier scored and Riley Bezeau sealed the deal with an empty net goal in the 7-4 win.

Jonathan Lemieux got the start for the Sea Dogs stopping 31 of the 35 shots he faced. Philippe Cloutier started for the Foreurs allowing 5 goals on 21 shots before being pulled and replaced with Tristan Boileau for the final 30 minutes, who allowed one goal on 18 shots. 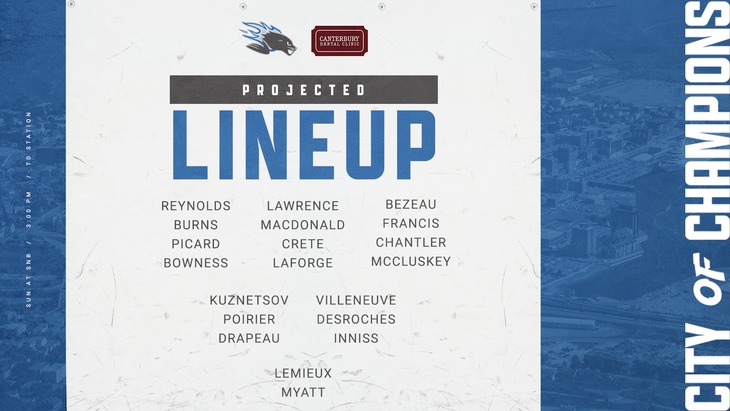 Ryan Francis was sent off early on an interference call. Alexandre Doucet of the Foreurs capitalized on this and scored on the resulting power play, picking up a loose puck in front of the crowded net at 2:49.

The lead didn’t last long, Nico Laforge hit the back of the net and tied the game up 1:11 later, tipping a point shot from William Villeneuve for his second goal of the season.

After a scrum behind the Sea Dogs net, Riley Bezeau and Mathis Demers were each given two minutes for roughing and play went to four-on-four. 23 seconds later, Foreur Felix Paquet joined them and the Sea Dogs received a 4-on-3 power play for 1:37.

Jeremie Poirier gave the Sea Dogs the lead with his ninth goal of the season with 1:35 remaining in the period, breaking into the zone and flipping the puck in off his backhand.

Josh Lawrence was sent off at 19:16 for interference. The Sea Dogs killed the first part of the penalty and went into the second frame shorthanded for 1:17.

Shots after the first were 14-12 for Saint John.

A net front pass from Josh Lawrence to Charlie DesRoches followed by a one timer into the back of the net gave the Sea Dogs the 3-1 lead at 2:49.

A two-on-one rush by Jacob Chantler and Yanic Crete created the opportunity for Chantler to score and he made it a 4-1 game at 7:56.

A minute later, Yan Kuznetsov added to the tally with his first in a Sea Dogs uniform, a wrist shot from the blue line.

Cam MacDonald was sent off for tripping and the Sea Dogs penalty kill hit the ice at 13:44 and again when Peter Reynolds was sent off with 1:34 remaining in the period. They were successful the first time, but Val d’Or made it 5-2 four seconds into the second power play.

Shots after the second period were 28-21 for Saint John.

With 12:07 remaining in the game, Yanic Crete was sent off for tripping. The Val d’Or power play scored again, 11 seconds into the man advantage and it became a 5-3 game.

The Sea Dogs allowed another short handed goal after Christopher Inniss was sent off for hooking at 15:05, but the Sea Dogs responded quickly and made it 6-4. A pass from Francis to DesRoches in front of the net, allowed DesRoches to tap it in the open side with his second goal of the night.

Riley Bezeau sealed the deal with an empty net goal with 14 seconds remaining and the Sea Dogs won 7-4.

The Sea Dogs will play again on Friday, when they host the Moncton Wildcats at TD Station in their second meeting of the season. Puck drop is at 7 PM. The next day, the Sea Dogs will be hosting Christmas at the Station, playing against the Titan at 7 PM.