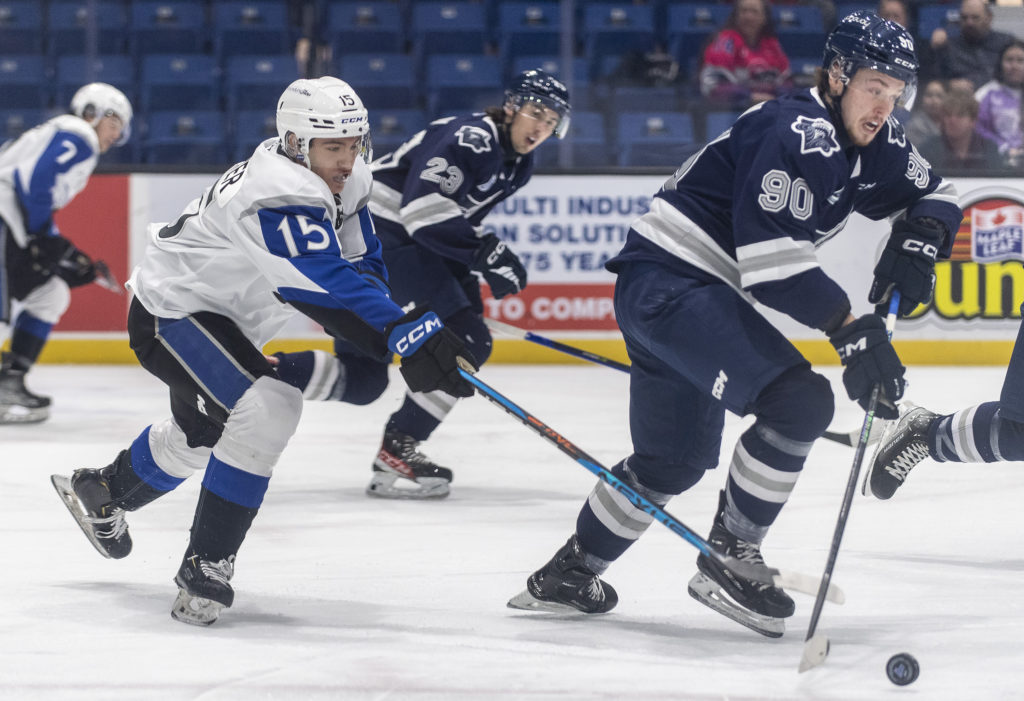 The Saint John Sea Dogs (14-24-1-1) chased both Rimouski Oceanic (23-18-1-1) netminders and finished their road trip with a 8-3 win tonight in Rimouski. Alex Drover found the back of the net twice, while Nate Tivey, Brady Burns, Vince Elie, Jacob Beaulieu, Noah Reinhart, and Alexis Cournoyer all scored one goal each, and captain Charlie DesRoches led in assists with three on the night.

Ventsislav Shingarov got the win for the Sea Dogs, stopping 28 of the 31 shots he faced, while Gabriel Robert played in the Oceanic net in the first and third periods, stopping 14 of 18 shots, and Cedric Masse stopped 6 of the 10 Sea Dogs shots he faced in the second period. 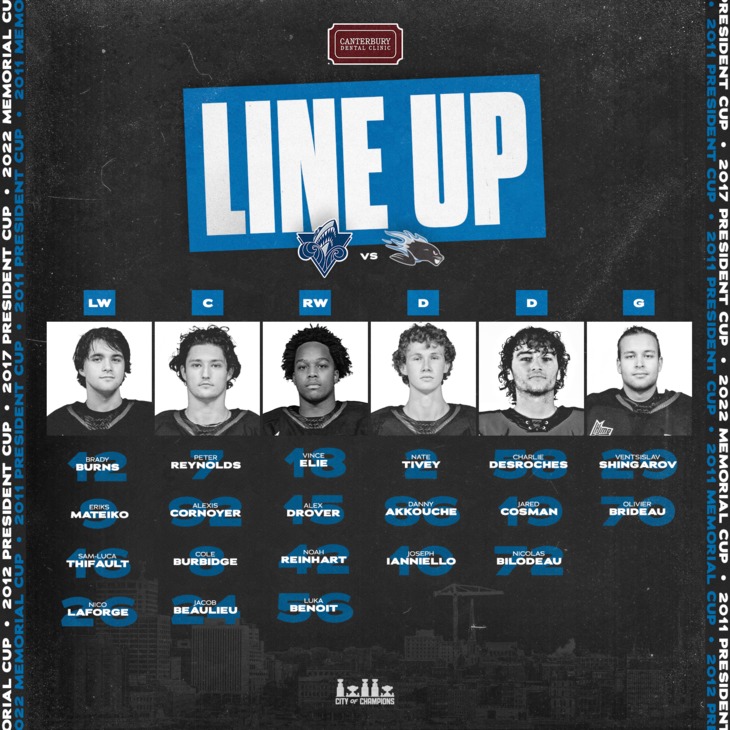 It did not take long for the Sea Dogs to get on the board. Only 43 seconds into the game, Alex Drover sent a pass to Jacob Beaulieu, springing him on a breakaway where he scored the first goal of the night.

Nathan Levesque was sent to the box for tripping at 4:47, giving the Sea Dogs their first power play of the night.

Two minutes after the penalty ended, Alex Drover scored his first goal since returning to the Sea Dogs as a free agent, firing a laser from the top of the circle into the back of the net.

With 1:02 remaining in the period, Noah Reinhart added one of his own, intercepting a pass at centre ice, returning to the Oceanic zone, and sending the puck top corner to give the Sea Dogs a 3-0 lead at the end of the second period.

Shots after the first were 12-8 for Saint John.

Cedric Masse started in net for Rimouski in the second period.

Eight seconds into the second, Alexandre Lefebvre was sent off for hooking and the Sea Dogs were able to generate good chances with the advantage. The penalty was successfully killed, but one minute later, the continued pressure paid off when Nate Tivey made it a four goal lead, hitting the puck off the crossbar and down into the net.

A minute and a half later, Maxime Coursol was sent off for tripping and Vince Elie wasted no time in scoring a power play goal, tipping a shot by Danny Akkouche from the blue line.

Brady Burns got his name on the score sheet three minutes later, flipping the puck up and over the head of the goaltender and making it 6-0.

The Oceanic broke the shutout with a goal from Luka Verrault at 12:13.

Alex Drover ended the second period with his second goal of the night at 18:05, receiving a pass from Brady Burns in the dying seconds of a power play and sending the puck into the open side of the net.

Shots after the second were 22-15 for the Sea Dogs.

Gabriel Robert returned to the Oceanic net for the final period.

As the game progressed, the physicality increased, especially in the final five minutes of play. 24 penalties and misconducts were assessed in the final period to both teams, mostly consisting of unsportsmanlike conduct misconducts and roughing minors from a handful of scrums that broke out.

Alexis Cournoyer scored the Sea Dogs eighth and final goal of the night at 13:40 and Rimouski’s Alexandre Gaudio scored two goals in the final three minutes to make the final score 8-3.

The Sea Dogs next home game is on Wednesday, January 18th when they host the Shawinigan Cataractes at TD Station for the first time since the Memorial Cup. Puck drop is at 7pm and tickets are available at the TD Station Box Office and online.