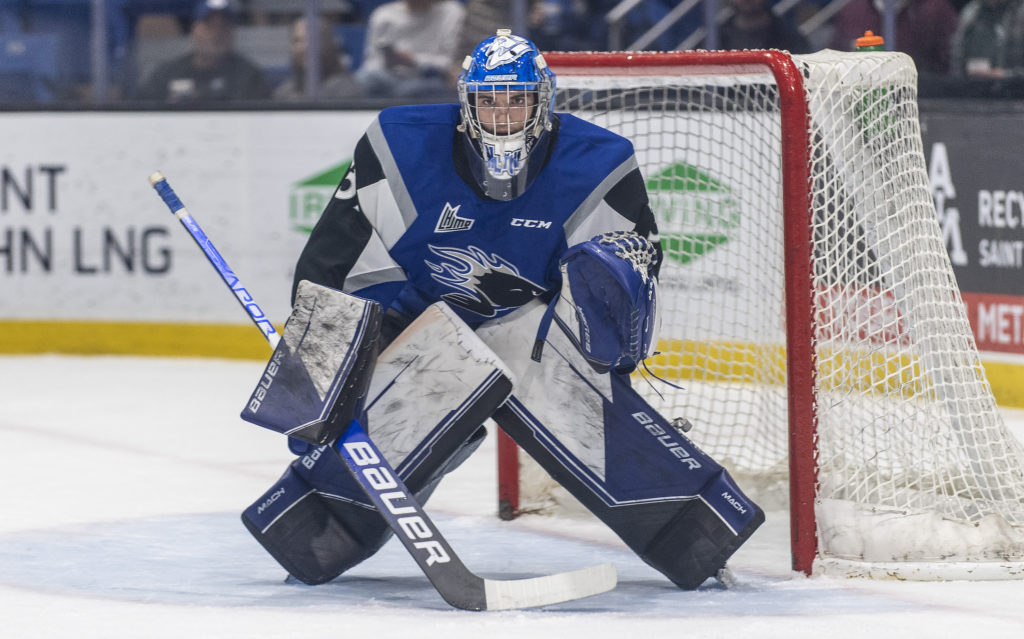 Cam MacDonald scored 2:29 into overtime to give the Saint John Sea Dogs (8-16-0-1) their second straight win 3-2 over the Blainville-Boisbriand Armada (10-16-1-1) Sunday evening. The Sea Dogs end their Quebec weekend road trip with four of a possible six points.

Jarde Cosman led the Sea Dogs with a pair of assists, the second being on MacDonald’s winner, and Nikolas Hurtubise made 38 saves in a well-earned win.

Maximilian Streule had a goal and an assist in the loss for the Armada while Nicholas Sheehan made 28 saves. 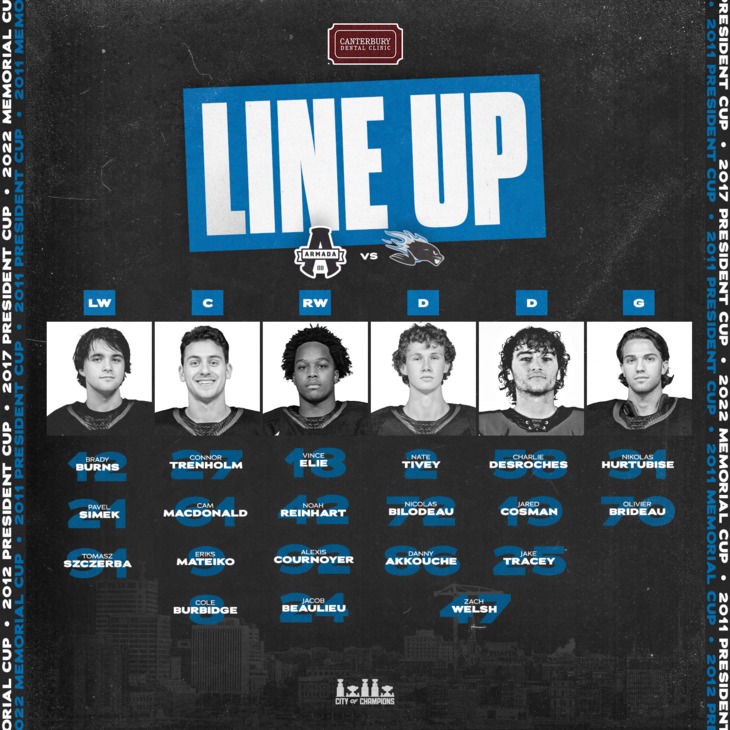 The Armada wasted no time getting on the attack, swarming the Sea Dogs net in the opening minute, forcing Hurtubise to make a pair of tough saves on Brayden Schmitt and one on Jeremis Dumas-Larouche.

Three minutes later the Sea Dogs would mishandle the puck in their own zone, turning it over to Alexis Grendon who got a trio of shots off, but Hurtubise was up to the task.

The Sea Dogs didn’t get their first shot until 8:49 and did not generate much in the back half of the period and headed into first intermission scoreless.

Shot after the first were 14-8 for the Armada,

Saint John finally opened the scoring 1:29 into the second with Charlie DesRoches jamming the puck past Sheehan’s pad and the post for the 1-0 lead.

Just over seven minutes later, the Armada responded as Streule found Jonathan Fauchon in the slot who made no mistake putting it past Hurtubise to tie the game 1-1.

The Sea Dogs answered back four minutes later as Vince Elie entered the Armada’s zone down the right wing, stopped up and fed Eriks Mateiko streaking down the left wing and he put it top shelf past Sheehan to put Saint John back in front 2-1.

Just 48 seconds later, Nate Tivey dragged Grendon to the ice on a breakaway, sending Grendon to centre ice for a penalty shot, but his ensuing attempt was stopped by the blocker of Hurtubise and the Sea Dogs would take the lead into the third.

Shots after the second were 28-21 for the Armada.

2:53 into the third, Streule cut off a Sea Dogs breakout attempt, skate in and roof a shot from the top of the faceoff circle past Hurtubise to tie the game once again 2-2.

Schmitt came close to giving the Armada the lead four minutes with a point blank shot that Hurtubise both got a piece of and stopped the rebound shot from Justin Boisbelle as well.

Neither side could find another goal before the end of the third, sending the game to overtime.

Shots after the third period were 38-30 for the Armada.

Fauchon came close to taking the win for the Armada, firing a shot through heavy traffic 59 seconds into the extra frame, but Hurtubise tracked it well and made the save.

The Armada kept the Sea Dogs in for the next minute until Saint John forced a faceoff. Off the ensuing draw Cosman chipped the puck past the Armada defence and to MacDonald in stride. MacDonald then made a nice move to get the inside lane past the final Armada player and put the puck past Sheehan for the overtime winner!

Final shots in the game were 40-31 for the Armada.

The Sea Dogs return to TD Station this week for three home games: Wednesday, December 7th vs Blainville-Boisbriand at 7 PM, Friday, December 9th vs Moncton at 7 PM (be sure to bring a teddy bear for the Teddy Bear Toss!), and Sunday, December 11th at 3 PM. Tickets for all three games are available at the TD Station Box Office and Online.