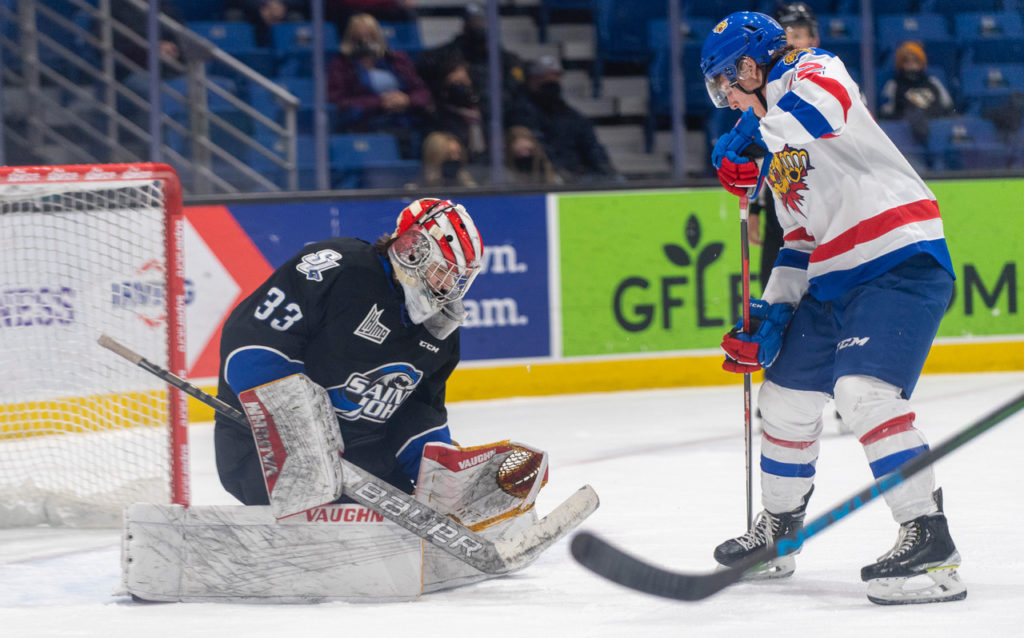 The Saint John Sea Dogs (15-11-0-3) fell to the Moncton Wildcats (15-9-3-1) 5-4 on Friday night. The power play unit excelled, with three of the Sea Dogs four goals coming on the man advantage. William Dufour, Charlie DesRoches, Riley Bezeau, and Cam MacDonald lit the lamp for the Sea Dogs in the loss at TD Station.

Jonathan Lemieux started in net for the Sea Dogs, but was pulled at 6:50 after allowing three goals and call up Ventsislav Shingarov replaced him for the remainder of the game. Thomas Couture faced 42 shots from the Sea Dogs, stopping 38 of them. 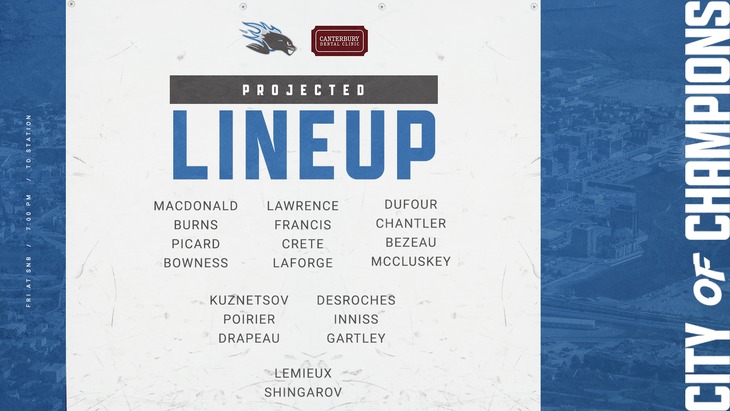 At 5:42, William Dufour scored the only Sea Dogs goal in the first period. He sent a shot to the net, but play continued. After a stoppage in play, the shot was reviewed and it was called a good goal.

The rest of the goals in the first period were scored by the Wildcats, four goals by three different goal scorers in the first 7:43 of play.

Shots after the first were 20-13 for Saint John.

The Sea Dogs picked up speed in the second frame. A goal from Thomas Auger at 4:54 was the only time the Wildcats hit the net, making it 5-1.

After that goal, the game went back and forth until Charles-Antoine Pilote was sent off for interference. The power play gave the Sea Dogs the edge they were looking for and Charlie DesRoches scored his sixth of the season at 16:33.

Less than a minute later, Riley Bezeau deked his way past a defenceman and slid the puck past the Wildcats netminder for the Sea Dogs third goal of the night. Starting to close the gap, and sending the Sea Dogs into the third period down 5-3.

Shots after the second were 30-23 for the Sea Dogs.

Maxim Barbashev was sent off for cross-checking with 25 seconds remaining in the second period. 1:13 into the third Cam MacDonald scored on that power play, flipping the puck over the goaltender from in close and bringing the Sea Dogs within one goal.

With 1:04 remaining in the game, the Sea Dogs called a time out and pulled Shingarov from the net. An extended period of stop and starts due to shot attempts from the Sea Dogs filled the next minute of play, but the Sea Dogs were unable to score and lost 5-4.

The Sea Dogs will play again tomorrow, hosting the Acadie-Bathurst Titan. New COVID regulations will be put in place, please review the changes here to be prepared before you head to TD Station. Masks are required at all times and concessions will not be open for the game. Please arrive early, everyone with a ticket will be allowed into the game, but seating will be first come first serve. Puck drop is at 7 PM.