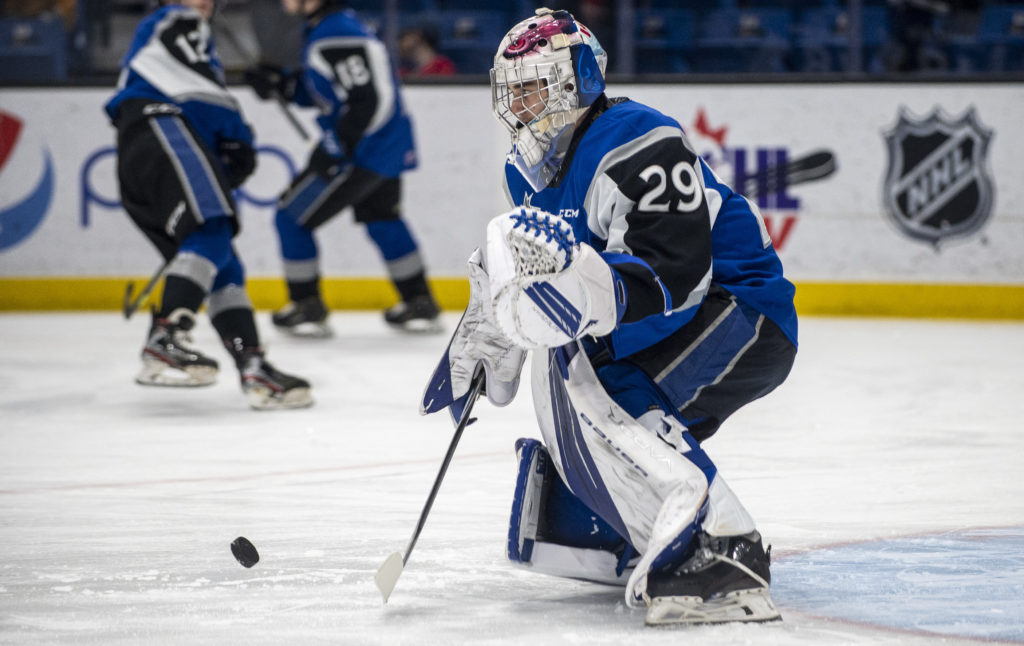 The Saint John Sea Dogs (13-8-0-3) kicked off their Quebec road trip with a win against the Blainville-Boisbriand Armada (12-10-1-1) on Friday night. Josh Lawrence scored two goals and Olivier Picard, Brady Burns, William Dufour, and Peter Reynolds got one each in the 6-3 win.

Noah Patenaude got the start in net for the Sea Dogs, making 36 saves and earning himself the first star of the game. Olivier Leclair started for the home team, stopping 19 of the 24 Sea Dogs shots. 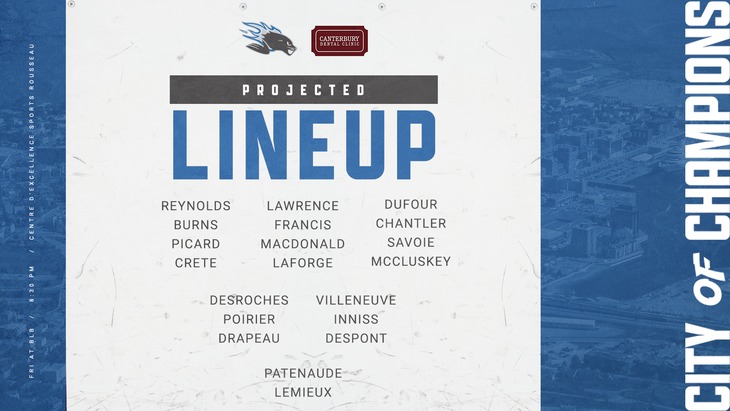 It was midway through the first period before either team was able to make it past a goaltender. At 10:18, the Sea Dogs struck first, Olivier Picard tipping a shot from William Villeneuve, for his fourth goal of the season.

Brady Burns hit the back of the net three minutes later, picking up a rebound off a shot from Cam MacDonald and putting it in the open side of the net.

Zachary Roy of the Armada got them on the board with a quick response 11 seconds later, but the Sea Dogs ended the first period up 3-1 after a goal from William Dufour. A rocket from the top of the faceoff circle on the power play gave the New York Islanders prospect his 19th goal of the season with 26 seconds remaining in the period.

Shots after the first were tied at 12.

19 seconds into the second frame, Peter Reynolds sent a wrist shot top shelf and increased the Sea Dogs lead to 4-1.

The Armada cut the lead to two at 4:59 off a goal from Jonathan Fauchon on a power play when William Dufour was sent to the box for slashing.

Shots after the second were 24-19 for the Armada.

At 12:25 Josh Lawrence hit the back of the net and gave the Sea Dogs their fifth goal of the night. Five minutes later the Armada scored, but it was not enough.

With 2 minutes remaining, the Armada pulled their goaltender. They did not score with the man advantage, but Josh Lawrence made his way into the Armada zone and scored his second of the night in the empty net.

The game ended with 37 seconds on the clock. A shot hit the boards and shattered one of the panes of glass. Staff went to clean up the mess, but after a wait the game was called and the Sea Dogs won 6-3.

Final shots were 39-25 for the Armada

The Sea Dogs will be back in action tomorrow night, heading to Sherbrooke for their Pride Night. Puck drop is at 7 PM, follow the game live at watch.chl.ca or listen with CFBC 930 AM.