SUBWAY GAME RECAP: Penalties a Killer in 7-3 Loss to Islanders 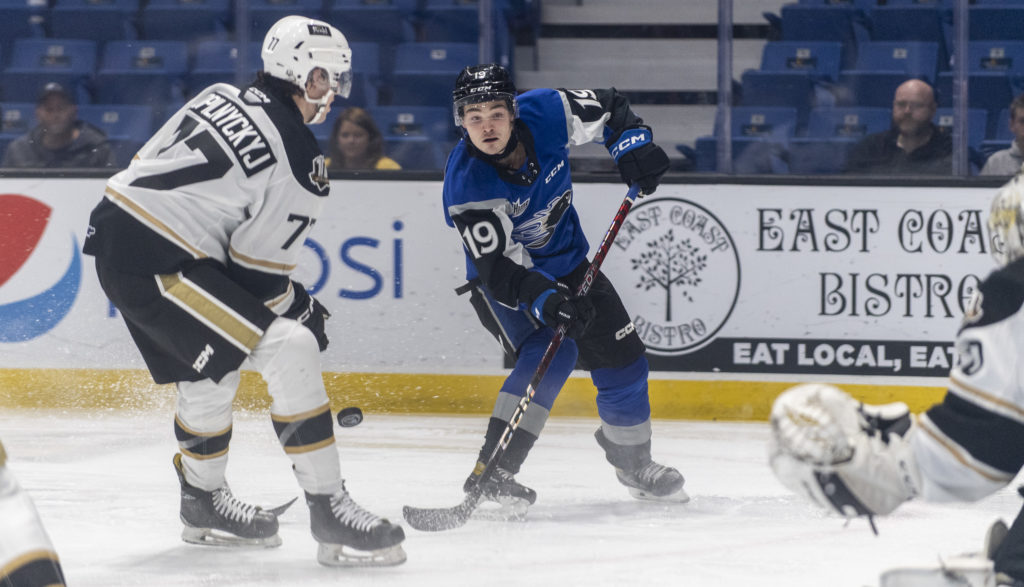 Late game penalties were an issue for the Saint John Sea Dogs (4-8-0-1) as they fell to the Charlottetown Islanders (6-7-1-0) in Charlottetown on Wednesday. Vince Elie, Noah Reinhart, and Jared Cosman found the back of the net for the Sea Dogs, but it was not enough to overcome the Islanders early lead and the Sea Dogs late penalties in the 7-3 loss.

Ventsislav Shingarov started for Saint John making 35 saves on 42 shots. Francesco Lapenna was in net for Charlottetown stopping 16 of the 19 shots the Sea Dogs sent his way. 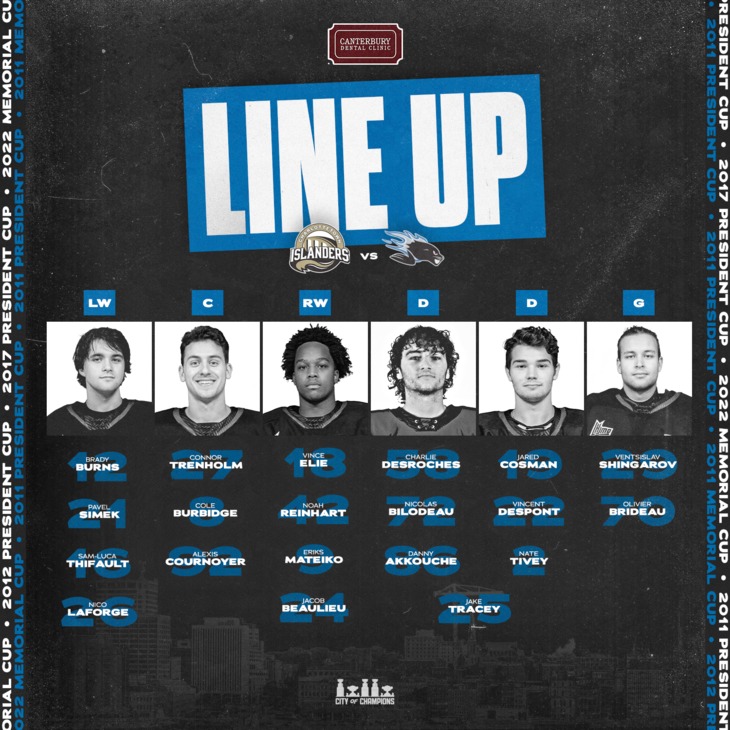 Charlottetown opened the scoring midway through the first period when their leading scorer Jakub Brabanec found the back of the net.

30 seconds later, at 9:57, the play on the ice got physical and the penalty box filled up as Jacob Beaulieu, Nico Laforge, Brett Arsenault, and Jonah Jelley had to sit for roughing.

The Sea Dogs got the first power play of the evening after Anton Topilnyckyj was given a hooking minor at 11:37.

The Islanders left the first period with a 2-0 lead when with 1:25 remaining in the period, Lucas Romeo got on the board.

Shots after the first were 10-6 for the Islanders.

The physicality continued in the second as only 2:21 into the period, Jared Cosman, Jacob Beaulieu, Raine Nadeau, and Jonah Jelley all found themselves in the box.

At 9:08, Vince Elie got the Sea Dogs on the board, making his way past the Islanders’ defensemen and picking the top corner for his second goal of the regular season.

The Islanders then scored three uninterrupted goals, starting two minutes later, the Islanders got on the board again with a goal from Giovanni Morneau and followed by Peter Repcik and Jarrett Todd.

With 35 seconds remaining in the period, the Sea Dogs scored another late period goal, this time from Noah Reinhart, who finished a strong play by Sam-Luca Thifault to bring the Sea Dogs within three going into the final frame.

Shots after the second were 26-16 for the Islanders.

The Sea Dogs continued to build on their momentum, keeping the pressure on in the offensive zone and scoring 6:51 into the period. Defenseman Jared Cosman dangled the puck past an Islander and fired it top corner to cut the lead to two.

Any momentum Saint John was able to build was then killed by penalties for the rest of the period, being assessed four minors and a double minor in the final ten minutes of play. On two of those power plays, the Islanders were able to score, goals coming from Jakub Brabanec and Jeremie Biakabutuka, sealing the deal on their win.

Final shots were 42-19 for Charlottetown.

The Sea Dogs will continue on the road, heading to Cape Breton on Saturday to take on the Eagles. Puck drop is at 7 PM, follow the game live with Sea Dogs Radio presented by TD CFBC 930 AM or watch at watch.chl.ca.