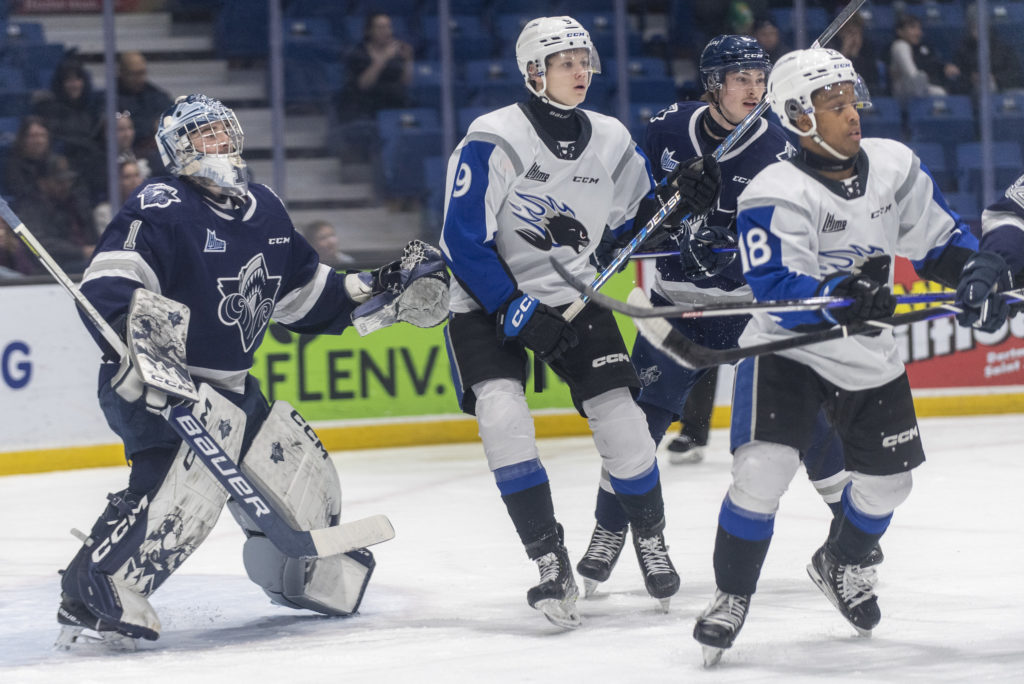 The Saint John Sea Dogs (13-22-1-1) ended a four game homestand with a 4-1 loss to the Rimouski Oceanic (23-16-1-1) on Sunday afternoon. The sole Sea Dogs goal came from Jeremie Richard, who sent a slap shot past the netminder for his first QMJHL goal.

Julien Beland led the Oceanic to victory, potting two goals and an assist.

Gabriel Robert made 18 stops to get the win for the Oceanic while Ventsislav Shingarov made 24 saves for the Sea Dogs.

Tonight’s game was the Sea Dogs debut of recent additions Tristan Dassylva and Harrison Ballard and the return of Alex Drover, who played his first game with the Sea Dogs since November of 2020. 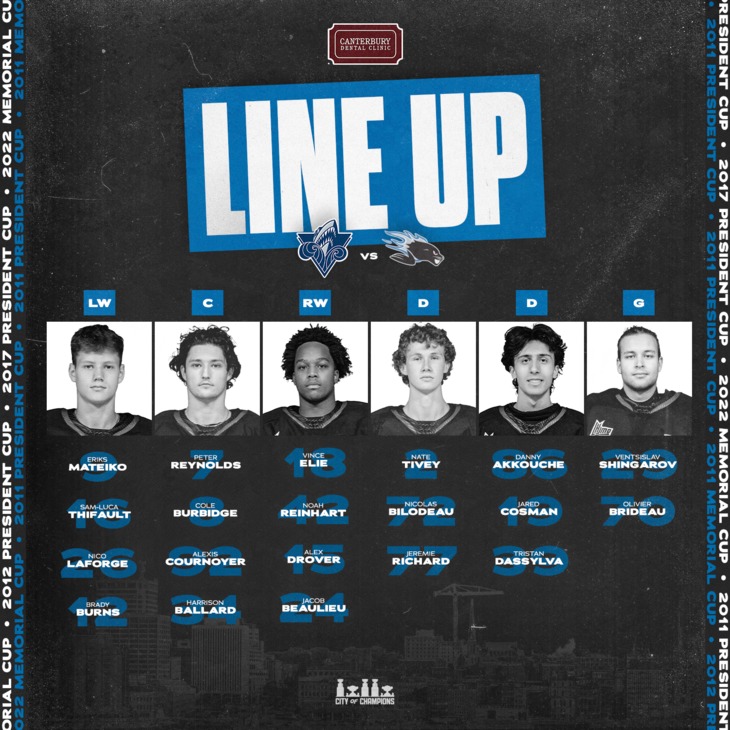 The Oceanic got the jump on the Sea Dogs early, hemming them in their own zone for the first several minutes of the game.

Rimouski capitalized on this pressure at 7:29 with William Dumoulin taking a shot that just squeaked loose through the pads of Shingarov and Maxime Coursol swept the puck over the line for the 1-0 lead.

The Oceanic continued to control the play and two and a half minutes later, Luke Coughlin came close to adding to the lead with a quick shot from the slot, but Shingarov shut the door.

The Sea Dogs got some momentum back on the power play and Eriks Mateiko almost tied it, directing the puck on net as Robert was falling backwards, but the Rimouski netminder got just enough of the shot to keep it out.

Dumoulin came close at the other end with three minutes left in the period, letting a hard one-timer go that Shingarov just got his right pad on.

Shots after the first were 13-5 for the Oceanic.

Both teams manufactured little offense in the second period.

It wasn’t until 5:45 left that the Oceanic added to their lead off a Sea Dogs turnover at their own blue line that allowed Beland to walk in and pick the top left corner on Shingarov to make it 2-0.

Coursol almost added a third for the Oceanic with seven seconds left, but he could not chip his backhand shot over Shingarov.

Shots after the second were 22-12 for Rimouski.

Just over six minutes into the third, Alexis Cournoyer intercepted a pass and broke in all alone on Robert, only to put a shot just over the crossbar.

Sam-Luca Thifault came close just moments later, almost finishing off an odd man rush but ran out of room and was denied by Robert.

The Sea Dogs finally found the scoresheet with just under ten minutes to play as Cole Burbidge won an offensive zone draw back to Jeremie Richard who blasted a slapshot past Robert for his first QMJHL goal, cutting the lead to 2-1.

The Oceanic restored their two-goal lead just over four minutes later as Beland sniped the top right corner on Shingarov for his second of the game to make it 3-1.

Rimouski put the game out of reach 1:42 later as Beland capped off his three point night with a great pass to Jan Sprynar who split the Sea Dogs defense and tucked the puck past Shingarov to make it a 4-1 final.

Final shots in the game were 28-19 for the Oceanic.

The Sea Dogs head out on a three game road trip starting Wednesday, January 11th against the Chicoutimi Saguenéens. Puck drop is at 8:30PM AST and you can listen to the game with Sea Dogs Radio presented by TD at CFBC 930 AM or watch at watch.chl.ca.