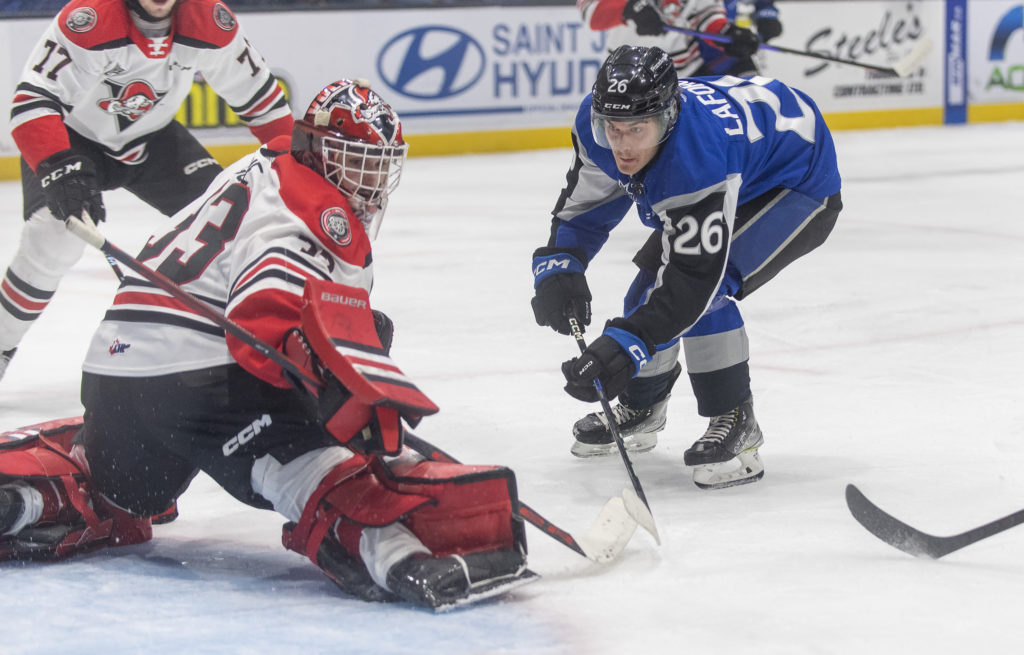 The Saint John Sea Dogs (5-11-0-1) put forth their best defensive effort of the season and Nikolas Hurtubise stopped 34 of 35 shots to snap a five-game losing streak with a win over the Drummondville Voltigeurs (10-8-0-0) on Saturday night.

Nicholas Blagden had a goal and an assist while Vincent Despont had two assists to lead the Sea Dogs to victory. Nico Laforge found the back of the net in the first period and Nicolas Bilodeau scored his first QMJHL goal in the 4-1 win.

Jacob Goobie made 16 saves in the loss for the Voltigeurs. 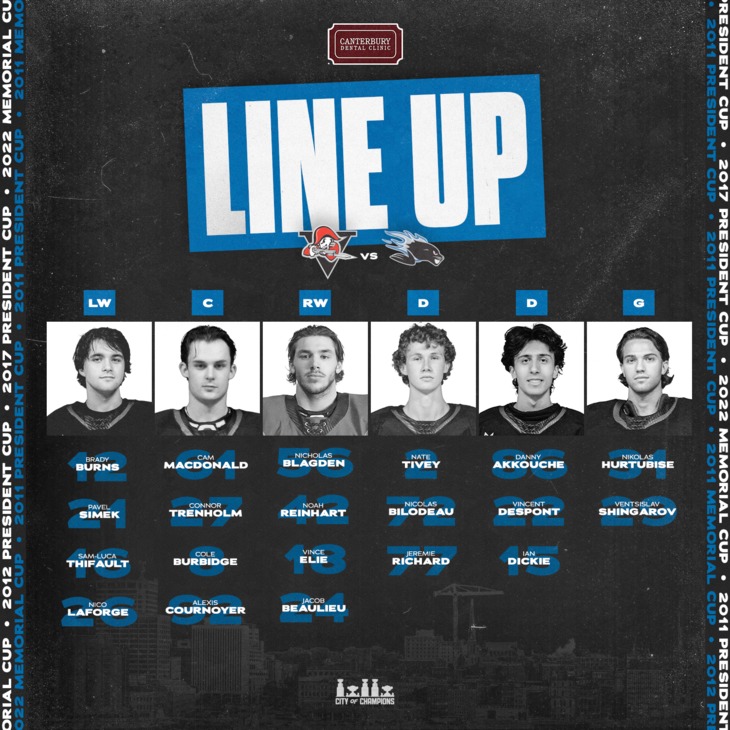 The Sea Dogs got the first close chance 3:41 into the game when a puck popped out to Brady Burns from the right corner of the Voltigeurs’ zone, but his quick shot was stopped by Goobie.

Four minutes later though, Nico Laforge tipped a point shot from Despont on net and cleaned up his own rebound to give the the Sea Dogs a 1-0 lead

Three minutes later, Oscar Plandowski ripped a wrister on net from the right faceoff dot in the Saint John zone, but Hurtubise snagged it with a nice glove save.

With just over five minutes left in the period, Drummondville forced a turnover down low, worked it around the perimeter of the Sea Dogs zone to Luke Woodworth who put a shot through traffic only to have Hurtubise flash the leather once more, allowing his side to take their lead into first intermission.

Shots were 12-10 for the Voltigeurs in the first period.

1:34 into the second, after some good forechecking by the Sea Dogs, Cam MacDonald let a shot go from the slot, but Goobie was equal to the task and made the save.

MacDonald generated some more action a few minutes later, hitting Burns in the slot  with a pass from the corner that Burns put just over the net.

Five minutes later, Tyler Peddle caught the Sea Dogs flat-footed at the blue line to create a 2-on-1 for the Voltigeurs where he got two shots off that Hurtubise stopped with a pair of massive pad saves.

The Voltigeurs created another 2-on-1 break out of a neutral zone scrum with just under five minutes to go, but it was quickly broken up by Nate Tivey who broke up the chance beautifully with a well placed poke check.

On the penalty kill in the period’s final minutes, Pavel Simek came up with a huge shot block for the Sea Dogs. This allowed Saint John to regroup and go on the attack where Burns found MacDonald who proceeded to drive around a Drummondville defender to put the puck past Goobie and give his team a 2-0 lead.

1:10 afterwards though the Voltigeurs would make the Sea Dogs pay for the penalty after all as Peddle fired a shot from the right face off dot that found its way past Hurtubise to cut the lead to 2-1 after 40 minutes.

Shots after the second were 23-14 for Drummondville.

Just under two minutes in, the Voltigeurs got a 3-on-1 break that was well played by Nicolas Bilodeau, allowing Hurtubise to make the save on Jérémy Lapointe.

Shortly after, mere seconds into a five minute power play for the Sea Dogs, Lapointe was sprung on a breakaway but would be stopped again, this time by a poke check from Hurtubise.

The Voltigeurs got another shorthanded chance as Woodworth weaved through the Sea Dogs defence for a chance all alone on Hurtubise, but again the Saint John netminder stood tall and made the save.

After a huge penalty kill of their own, Vince Elie intercepted a pass from Goobie behind the Voltigeurs net that he gave to Blagden who found Bilodeau in the slot for his first QMJHL goal to make it 3-1 with just under five minutes to play.

Final shots were 35-20 for Drummondville.

The Sea Dogs next two games are on the road as they head to Halifax for back-to-back games with the Mooseheads on November 18th and 19th. Puck drop is 7pm on the 18th and 2pm on the 19th. You can listen to the game with Sea Dogs Radio presented by TD at CFBC 930 AM or watch at watch.chl.ca.