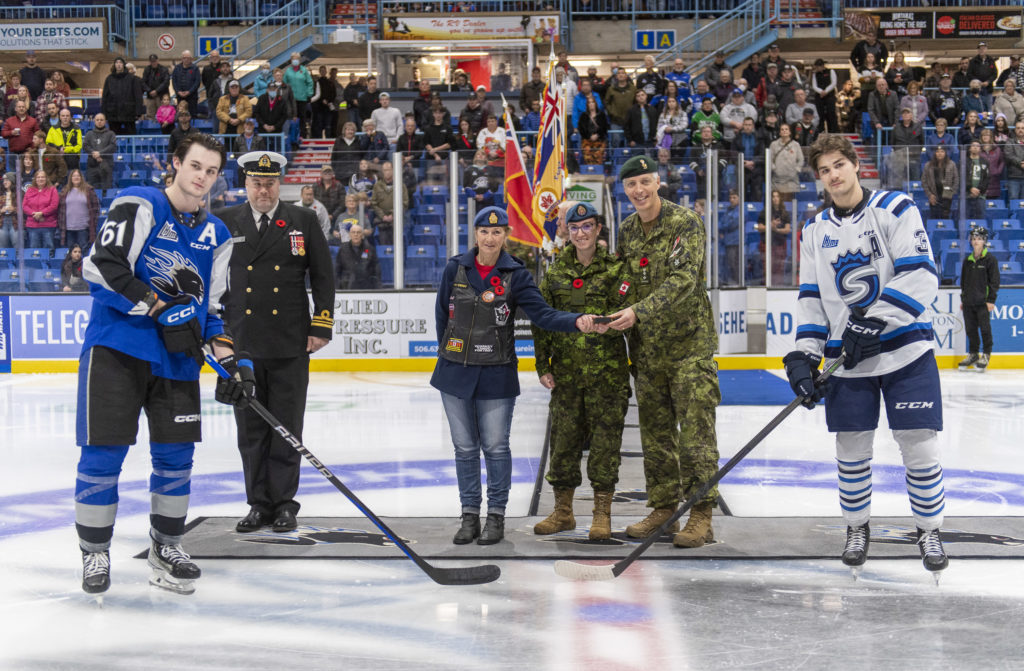 Fabrice Fortin led the Saguenéens to victory with a hat trick while Zachary Gravel had a game high four points with two goals and two assists. Peteris Bulans tallied a goal and an assist and Emmanuel Vermette added two helpers of his own. 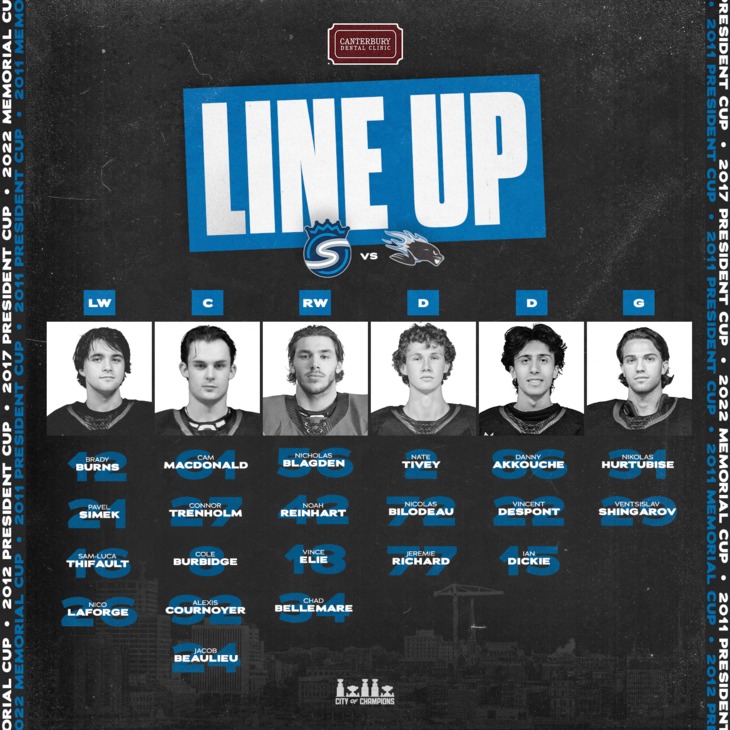 Charles-Antoine Lavallée stopped 21 shots to get the win for Chicoutimi while Nikolas Hurtubise stopped 33 in his first start since returning from injury and Ventsislav Shingarov stopped eight in relief.

An unfortunate play put the Sea Dogs behind early as Ian Dickie crashed into his own goaltender Hurtubise, allowing a shot from Eliott Robert to cross the line for a 1-0 lead for Chicoutimi just 2:48 in.

Less than a minute later, the Sea Dogs got it back off a set play off an offensive zone draw. Cam MacDonald put a shot on that Lavallée stopped but Nicholas Blagden pounced on the rebound to tie it 1-1 with his first goal since re-signing with the team last Saturday.

The goal was Saint John’s first in three games, ending a 137:25 scoreless drought.

Five minutes later, Nico LaForge and Cole Burbidge each got shots off an odd man rush that were stopped by Lavallée, but Vince Elie buried the second rebound to put his side ahead 2-1.

The Saguenéens answered back just 3:32 later on the power play with Vermette putting a sharp angle shot on net that rebounded out to the stick of an uncovered Fortin in the slot who buried it past Hurtubise to make it 2-2.

Chicoutimi added to their lead just over five minute later as Vermette entered the Sea Dogs zone, dropped the puck to a trailing Emile Duquet who slid a cross ice pass over to Bulan who fired a one-timer past Hurtubise to put the Saguenéens back in front 3-2.

Gravel then skated up the left wing just 42 seconds later and put a wrist shot short side on Hurtubise to make it 4-2 Chicoutimi.

The Sea Dogs ended the period killing off a two minute 5-on-3 and escaped into the first period without any further damage.

Shots after the first were 17-8 for Chicoutimi.

The Saguenéens picked their momentum right back up to start the second, as Gravel put a shot on Hurtubise that created a huge rebound that Fortin would tuck home for his second of the game and a 5-2 Chicoutimi lead.

1:03 later, the Sea Dogs answered as Burns weaved his way into the slot and put a wrister past Lavallée to cut the lead to 5-3.

Off the very next faceoff, Chicoutimi turned the puck over to Nicolas Bilodeau who found Burns again who split the Sagueneens defenders and put it top corner for his second goal in 10 seconds to make it 5-4. The two goals by Burns were only 10 seconds apart, making them the second fastest pair of goals by a Sea Dog, only behind Charlie Coyle, who scored two in nine seconds in 2012.

Burns continued to cause Chicoutimi fits, intercepting an outlet pass 1:37 later to put himself all alone in front of the Saguenéens net once more, only to be stopped this time by Lavellée.

Elie came close to the equalizer seven minutes later, driving to the net past a Chicoutimi defender but unable to chip it past Lavallee.

Pavel Simek broke in behind the Saguenéens defence shortly afterwards, but Lavallée stood tall and shut the door once more.

The Sea Dogs got one more chance before the period was done as Alexis Cournoyer fed Nico LaForge who found Connor Trenholm with a cross-ice pass that Trenholm put just wide, sending Saint John into second intermission still searching for the tying goal.

Shots after the second period were 30-19 for the Saguenéens.

Just over a minute into the third Simek came close again, firing a strong shot off the left wing on a 3-on-2 that was deflected away by Lavallée.

41 seconds later, Jacob Newcombe came back the other way and roofed a shot past Hurtubise to extend the Chicoutimi lead to 6-4.

Gravel intercepted a Sea Dogs pass in the neutral zone just 2:15 afterwards, skated in and picked the top right corner to make it 7-4.

Shingarov came in for Hurtubise at 12:02 into the third period.

Fortin completed his hat trick with 3:53 left to make it an 8-4 final.

Final shots were 49-25 for Chicoutimi.

Saturday November 12, make sure to bring non-perishable food items to the game for Ritchie’s Food Drive when the Sea Dogs take on the Voltigeurs! We will be collecting donations on the concourse, beginning when doors open at 6 PM. Game time is 7 PM at TD Station and you can purchase tickets at the TD Station box office and online.

The Sea Dogs will then honour the Saint John Trojans as members of the City of Champions! The Trojans have won four rugby championships, in the Men’s Women’s, and U17 Women’s divisions.